1 arrest after truck and dog are stolen; dog remains missing

1 arrest after truck and dog are stolen; dog remains missing

North Charleston, S.C. – Police in South Carolina have made an arrest after a man’s truck was stolen with his dog inside it, but the dog remains missing.

Tips about the missing truck led authorities to Richard Rawlings Jr., who was arrested Thursday after a manhunt through a wooded area in Berkeley County, sheriff’s Chief Deputy Jeremy Baker told news outlets. Rawlings is charged with possessing the stolen truck and was set to appear in court Friday morning. 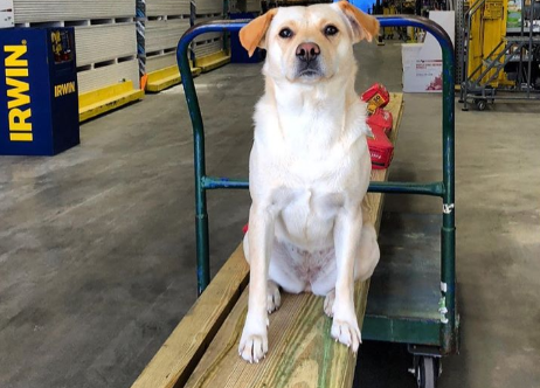 Bella was taken when a South Carolina man's truck was stolen from outside a store. (Photo: Facebook)

Ben Brengle, who owns the truck and the dog named Bella, said the suspect told authorities Bella jumped out of the truck’s broken rear window when he stopped at a nearby mall shortly after the theft. Brengle is offering a $10,000 reward for the safe return of Bella, a 2-year-old yellow Labrador retriever mix with a broken tail and pink nose.

The dog and truck were stolen Dec. 22 after Brengle, a contractor, stopped by a home improvement store in North Charleston. It was cold and rainy so Brengle said he left Bella in the truck with the engine running. He said he was only going inside to grab some lumber and his truck was feet from the store’s entrance. By the time he returned three minutes later, his truck and pup were gone, he said.

Since then, Brengle says he’s ridden his bicycle through the area every day to ask people if they’ve seen his truck or Bella. It was a tip from one of those excursions that led to the arrest, he said. He has posted information about Bella and the reward on social media.