Lawyer: Husband of Conn. woman missing since May charged with murder

Jennifer Dulos of New Canaan disappeared May 24 amid contentious child custody proceedings with Fotis Dulos. She hasn’t been seen since

Lawyer: Husband of Conn. woman missing since May charged with murder

Farmington, Conn. – The estranged husband of a missing Connecticut mother of five was arrested Tuesday and charged with murder in her disappearance, his lawyer said.

State police took Fotis Dulos, 52, from his Farmington home. He was being held in lieu of a $6 million bond.

Jennifer Dulos, of New Canaan, disappeared May 24 amid contentious divorce and child custody proceedings with Fotis Dulos. She hasn’t been seen since despite extensive searches by authorities in a case that has drawn national attention. 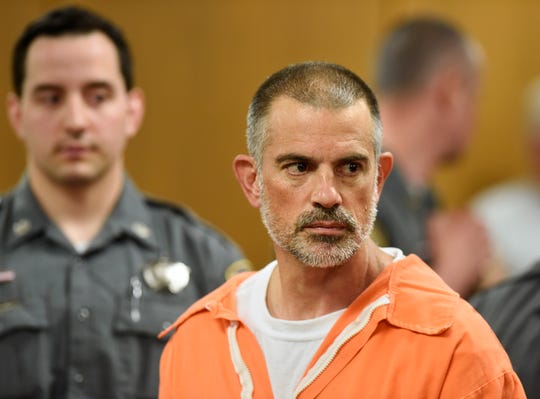 Fotis Dulos had been charged in June with tampering with or fabricating physical evidence and first-degree hindering prosecution in the disappearance of his wife, Jennifer. He's now charged with her murder. (Photo: Tyler Sizemore, AP)

Fotis Dulos was one of three people arrested Tuesday, said his lawyer, Norm Pattis. He said one other person also has been charged with murder and another with conspiracy to commit murder. It was unclear who the two others were.

“I’m not surprised that the state decided to bring the charge,” Pattis said. “I haven’t seen the warrant. I’ll be surprised if they can win it. Mr. Dulos contends he was not involved and I don’t think the evidence will show that he was.”

Previously, Fotis Dulos and his girlfriend, Michelle Troconis, 44, were charged with evidence tampering and hindering prosecution in connection with Jennifer Dulos’ disappearance. They pleaded not guilty and posted bond.

A 43-page arrest warrant later revealed the array of evidence police have compiled in the case. 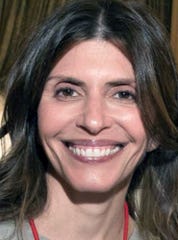 Jennifer Dulos has been missing since May. (Photo: AP)

Police say they have surveillance video showing Fotis Dulos in Hartford disposing bags of items containing Jennifer Dulos’ blood; traffic and school bus camera footage of him driving a pickup truck to New Canaan on the morning she disappeared; surveillance video of him getting the truck washed and detailed days after she vanished; and evidence that Jennifer Dulos’ DNA was found on the truck seat.

Pattis has offered several different theories for Jennifer Dulos’ disappearance, including that she may have faked her own death to frame her husband.

Fotis and Jennifer Dulos had been in the middle of a contentious two-year divorce at the time of her disappearance. A probate judge in November granted custody of their children to their maternal grandmother, Gloria Farber.

Fotis Dulos filed a motion last month seeking to dismiss the divorce case because there has been no activity for nearly six months. A hearing in that case had been scheduled for Jan. 9.

Family and friends of Jennifer Dulos released a statement on Tuesday afternoon thanking police for their work leading to the arrests.

“Although we are relieved that the wait for these charges is over, for us there is no sense of closure, spokeswoman Carrie Luft said. “Nothing can bring Jennifer back. We miss her every day and will forever mourn her loss. We believe the arrest warrants will speak for themselves, and we ask that you please respect our privacy during this time.”

Dulos is being held on the murder charge pending an appearance in Bridgeport Superior court, according to Pattis. He said that normally would occur the next day, but he hopes to get Dulos before a judge Tuesday afternoon.