New York – President Donald Trump has lost a bid to block an advice columnist’s lawsuit over his remarks that she lied in accusing him of rape.

In a decision this week, a Manhattan judge declined to order a hearing on Trump’s request to dismiss E. Jean Carroll’s defamation suit and to put evidence-gathering on hold in the meantime. 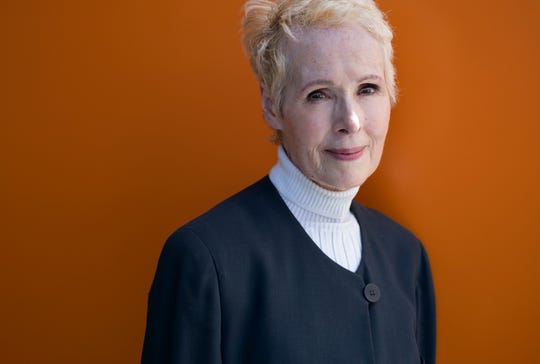 A lawyer for Trump, Lawrence Rosen, had argued the New York court shouldn’t handle the case, saying that the president’s statements weren’t made in the state and that Trump currently lives in Washington, not New York, his longtime home.

“There is not even a tweet, much less an affadavit by defendant Trump in support,” Ling-Cohan wrote in a decision provided to lawyers in the case Thursday. An affadavit is an out-of-court statement under oath.

A request for comment on the decision was sent to Rosen.

Carroll’s lawyer, Roberta Kaplan, said she was pleased with the ruling.

“We look forward to moving ahead in this case and proving that Donald Trump lied when he told the world that he did not rape our client and had not even met her,” Kaplan said in a statement.

Carroll alleges in the suit that Trump smeared her and harmed her career. Many readers of her longtime Elle magazine column stopped writing to her for advice, according to the suit. It seeks unspecified damages and a retraction of Trump’s statements.

Carroll accused Trump last summer of raping her in a Manhattan luxury department store dressing room in the mid-1990s.

In a New York magazine piece and a subsequent book, Carroll said the two ran into each other, bantered and went to the lingerie department for Trump to pick out a gift for an unidentified woman. Then, she said, Trump grabbed her arm, maneuvered her into a fitting room and assaulted her.

Trump said in June that Carroll was “totally lying,” calling the accusation “fake news.” He said they had never met, though a 1987 photo shows them and their then-spouses at a social event. Trump dismissed the picture, saying he was just “standing with my coat on in a line.”

The Associated Press typically does not name people who say they have been sexually assaulted, unless they come forward publicly.