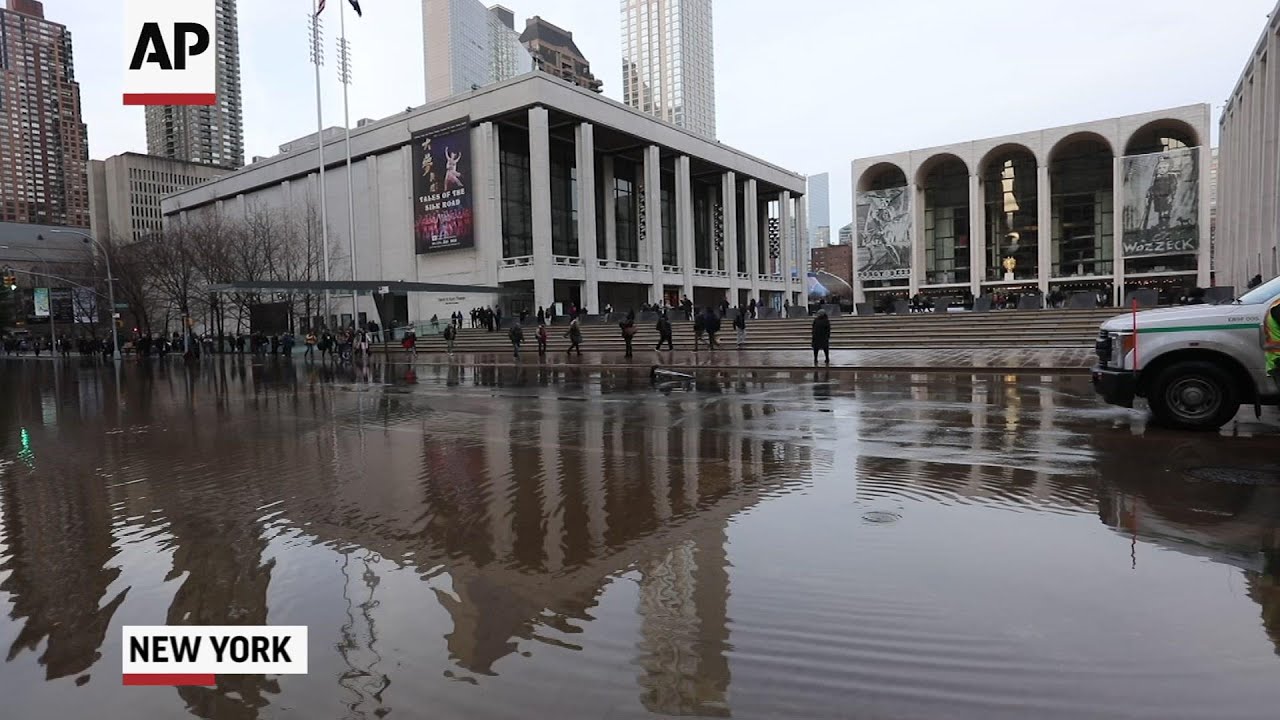 The Fire Department of New York responded to the flooding around 5 a.m. near Broadway and West 62nd Street. The water spread for blocks and was several inches deep in places.

“It’s crazy, you need a boat or something to get through. I didn’t end wear boots today and now we got all this,” commuter Michael Romero, 27, of the Bronx told the New York Post.

Abigail Marie, 33, of Manhattan, said city workers and firefighters responded quickly after the streets started “flooding a lot and from all directions.”

“You have to be careful, there’s big puddles around and they’re deeper than they seem,” she told the Post.

The Metropolitan Transportation Authority reported delays on the 1, 2 and 3 subway lines.