Barr named a new director of the federal Bureau of Prisons, months after shaking up the agency’s top leadership after Jeffrey Epstein’s death

Washington – Attorney General William Barr has named a new director of the beleaguered federal Bureau of Prisons, months after shaking up the agency’s top leadership following the death of wealthy financier Jeffrey Epstein, three people familiar with the matter told The Associated Press. 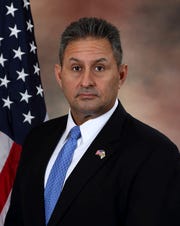 Barr named Michael Carvajal as the new director on Tuesday, replacing Kathy Hawk Sawyer, who he had personally asked to return to run the agency in the wake of Epstein’s death.

Carvajal is currently the assistant director of the department’s correctional programs division, which handles the daily oversight of the bureau’s correctional services. He has held a number of positions since joining the Bureau of Prisons in 1992 as a correctional officer, including working as a warden and director of a regional office.

The Army veteran is also responsible for leading the bureau’s intelligence efforts, working with other law enforcement and counterterrorism agencies around the country.

Hawk Sawyer, who will remain for now as a senior adviser at the Bureau of Prisons, did not intend to remain in the top post permanently and was appointed to help implement immediate reforms in the wake of Epstein’s suicide, the people said. Her deputy, Thomas Kane, will remain in his job under Carvajal.

The people spoke on condition of anonymity in order to discuss the appointment ahead of a public announcement.

One of the people said a goal with Hawk Sawyer was to help raise Barr’s confidence in the bureau and identify someone to come in and the lead the bureau long term. Senior Justice Department officials now believe the bureau is in a better position to implement the Trump administration’s sweeping criminal justice reform known as the First Step Act.

The Bureau of Prisons has been in the spotlight since Epstein killed himself in August while awaiting trial on charges he sexually abused girls as young as 14 and young women in New York and Florida in the early 2000s.

But the federal prison agency has been plagued for years by a chronic staffing shortage and violence and Epstein’s death while in custody highlighted a series of safety lapses inside one of the most secure jails in America.

The inspector general is investigating, and the Justice Department is still probing the circumstances that led to Epstein’s death, including why he wasn’t given a cellmate. Two correctional officers responsible for watching Epstein have pleaded not guilty to charges alleging they lied on prison records to make it seem as though they had checked on Epstein, as required, before his death.

And a planned transfer of the warden in charge to return to a job supervising inmates and staff was put on ice after the AP reported it, in part because the investigations haven’t been completed. Barr had removed the agency’s acting director in the wake of Epstein’s death and named Hawk Sawyer, the prison agency’s director from 1992 until 2003, to replace him.