Milwaukee – The man police say killed five co-workers at one of the nation’s largest breweries before killing himself was accused of pointing a gun at an SUV and punching a woman in the face in the early 1990s, court documents show.

Anthony Ferrill, a 51-year-old electrician at Moslon Coors’ sprawling brewery complex on Milwaukee’s west side, walked into one of the brewery’s buildings Wednesday and gunned down five co-workers before shooting himself, police said. 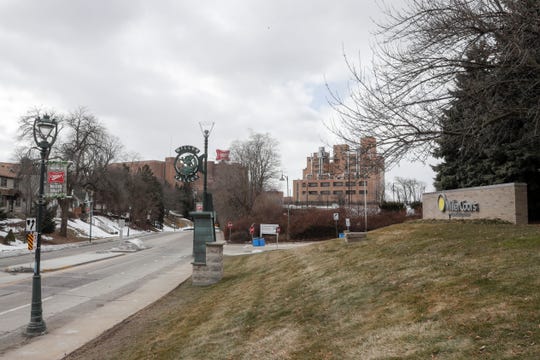 The Molson Coors facility is seen Thursday Feb. 27, 2020, in Milwaukee. An employee at the historic Molson Coors facility shot and killed five co-workers Wednesday afternoon and then turned the gun on himself. Six people, including the shooter, were killed on Wednesday, Feb. 26, 2020 at the facility. The brewery remained closed Thursday. (AP Photo/Morry Gash) (Photo: Morry Gash, AP)

Court documents indicate Ferrill was charged with disorderly conduct in 1991. He was accused of pointing a gun at a Ford Bronco that pulled up alongside him at a stoplight in downtown Milwaukee, causing the Bronco’s driver and passengers to duck down in fear and race away through a red light. Ferrill was 22 at the time.

The charges were eventually dismissed. The documents didn’t explain why. Ferrill’s attorney in the case, Thomas Halloran, said he didn’t remember much about the case but he thinks prosecutors found Ferrill’s accusers weren’t credible and that they may have been trying to get him in trouble as payback for a previous dispute.

“It was a pretty brief thing,” Halloran said. “There was a dispute or disagreement and someone came in and complained to the police about his conduct and when it was investigated it was hard to tell who was telling the truth. It was one of those cases where you could give everyone a lie detector test and they’d pass. It was based on perceptions.”

Four years later, in 1995, he was charged with misdemeanor battery after a woman accused him of punching her in the mouth. He pleaded not guilty and was ordered not to have any contact with the woman. The charge was eventually dismissed. Court documents didn’t say why and Ferrill’s attorney in the case, listed as Peter Heflin, didn’t immediately return a message Friday. 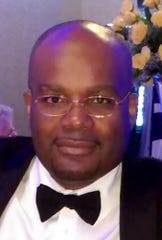 A doctor’s report included in a 2015 lawsuit when Ferrill filed for compensation following a car accident sheds more light on his past. He lost a daughter in 2009 after she was born premature, drank three beers a week and didn’t use tobacco, the report said. He had suffered chronic lower back pain since his 20s but told doctors he didn’t suffer from headaches or any cognitive problems. He tore his rotator cuff on the job at the brewery in 2015 but refused to get surgery because he couldn’t take time off work.

The report said he did not suffer from anxiety or depression and he described his emotions as “good.”

While police have said nothing about Ferrill’s motive, a neighbor, Erna Roenspies, told The Associated Press that at one point he told her he was upset at “spies” from the brewery. He told her the “spies” were checking up on him to make sure a shoulder injury suffered at work – most likely his rotator cuff tear – was legitimate. Molson Coors did not respond to a message seeking comment.

Companies sometimes do carry out such surveillance. Miller Brewing Company, now part of Molson Coors, hired outside investigators to watch an employee in Ohio over a disputed foot injury in 2000. The employee sued Miller for a variety of claims, including a retaliation claim for the surveillance, but none of the claims succeeded.

More details emerged Friday about what exactly unfolded at the brewery. Byron Johnson, a brewery employee who works in fermentation, said a last minute decision may have kept him from walking into the gunfire.

“I was coming from lunch and decided to instead of taking the normal route to the break area, I decided to use that time to pick up some work gloves,” said Johnson.

He came back from picking up the gloves and entered Building 4 through the back door about 1:45 p.m.

“About five minutes later a co-worker comes in and says someone had an open wound on the first floor,” Johnson said, adding that the co-worker didn’t appear shaken. “They were concerned. That’s what threw me off. Then a sanitation woman came in about 10 minutes later, shaken up and out of breath and really nervous,” he said.

She said she had seen a wounded man on the first floor and that she had never seen anything like it, Johnson said.

About five minutes later Johnson said they got a company text about an active shooter and they were instructed to shelter in place. He and co-workers locked themselves in a large closet for about 20 minutes until they heard police, who sent them to a locker room where they spent another 30 minutes locked in before officers led them downstairs and out of the building.

Johnson said he saw multiple bodies as they were led outside, but they were covered by that time. He never saw the shooter or heard any gunshots and didn’t know the gunman or the victims.

Craig Mastantuono, an attorney representing Ferrill’s family, said in a statement Friday that the family “feels terrible sadness and heartache” over the Molson Coors shooting and was “shocked and dismayed to learn of the apparent involvement and death of our family member.” He said they extended sympathy to the victims’ families, and would make no further statement.

Molson Coors donated $500,000 on Friday to a fundraising page that was created for victims’ families and others directly affected by the shooting. The Miller Valley Survivors Fund was organized by the company and is being managed by the National Compassion Fund. It has a goal of raising $1 million.