National Spelling Bee called off because of coronavirus

The bee had been scheduled for the week of May 24

National Spelling Bee called off because of coronavirus

The Scripps National Spelling Bee won’t be held as scheduled this year because of the coronavirus, meaning years of preparation by some of the country's top spellers could go for naught.

Scripps cited state and federal recommendations against large gatherings Friday as it canceled plans to hold the contest during the week of May 24. Scripps said it would try to reschedule for later this year but did not commit to a new date. It’s possible the bee won’t be held at all.

"Canceling the bee would cause an emotional breakdown for most spellers,” Navneeth Murali, a 14-year-old bee veteran from Edison, New Jersey, told The Associated Press. “It would basically be crushing their dreams." 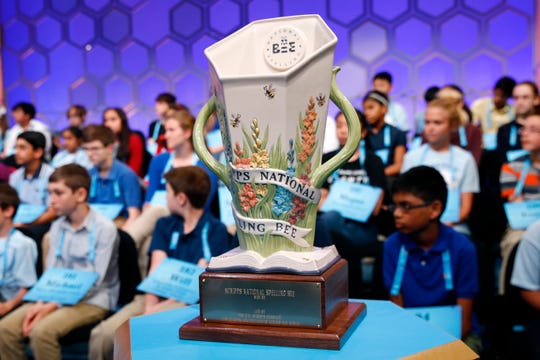 Navneeth's parents joined with families of other top spellers to send an email to executive director Paige Kimble, urging her to reschedule. Kimble expressed confidence that the logistics of holding a bee later this year could be worked out.

Most nationally competitive spellers devote years of their lives to mastering the dictionary and learning roots and language patterns, hoping for a win before they age out. Navneeth, who finished fifth in 2018 and 11th last year, is among the eighth-graders preparing for their last shot at the title.

“I've spent so many hours and made so many sacrifices in order to see this dream come true,” he said.

The bee's rules require only that participants not move beyond eighth grade before Aug. 31, which means if this year's bee were held later than that, the competition could include some ninth-graders for the first time.

The postponement became inevitable as regional bees have been called off. Kimble said 97 of the 252 spots in the field expected to be filled by the winners of sponsored regional bees are vacant.

Among the spellers who have yet to earn a spot is Simone Kaplan, who finished ninth last year — just behind the eight spellers known as “octo-champs” who tied for first place. Simone, a 14-year-old from Davie, Florida, had her regional bee called off earlier this week. 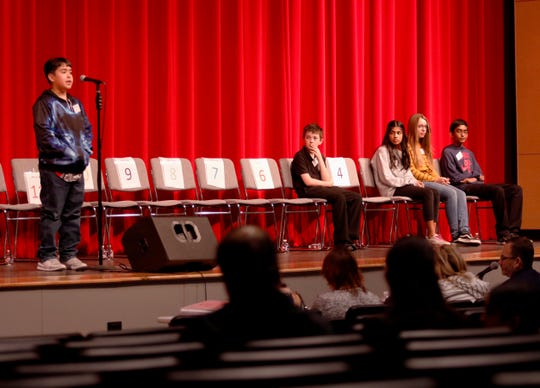 At the microphone, 10-year-old Odessa Christian student Joseph Davis advances onto the 10th round as one of the 5 final contestants in the 41st annual spelling bee at Odessa High School in Odessa, Texas on Feb. 22, 2020. (Photo: Ben Powell, AP)

Hepzibah Sujoe, a 13-year-old from Fort Worth, Texas, said she was putting her post-spelling summer plans on hold in anticipation of preparing for a later bee. The eighth-grader's older brother, Ansun Sujoe, was a 2014 co-champion.

“With my whole family behind me, I wanted to make this last year count,” Hepzibah said. “I really hope that Scripps still happens this year.”

Kimble said both the venue and ESPN are open to the prospect of rescheduling.

“My heart goes out to all the spellers,” said Kimble, herself a former champion. “I'm almost 40 years removed from my speller days, but I can still keenly recall how hard I worked for, dreamed about and anticipated the national finals. We are going to do our best to make something happen in spite of the constraints that COVID-19 is imposing on all our lives.”