Burr sued by investor over stock sales after virus briefing

Burr sued by investor over stock sales after virus briefing

U.S. Senator Richard Burr was sued by a Wyndham Hotels & Resorts Inc. investor who claims the lawmaker engaged in stock fraud when he sold his shares following a nonpublic government briefing on how the coronavirus outbreak would impact the economy.

Burr is accused in the suit of violating the Stock Act of 2012, which bars insider trading by members of Congress. The North Carolina Republican allegedly broke the law by shedding Wyndham shares after attending a private briefing with other senators and Trump administration officials on Jan. 24. 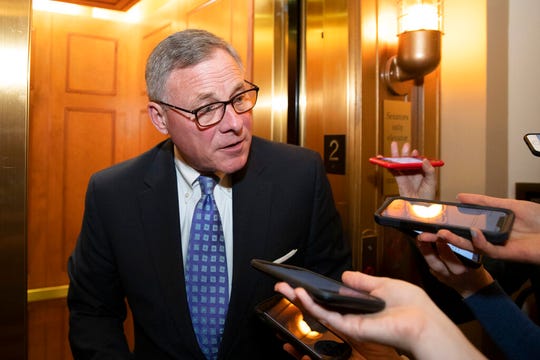 “While members of the public, including plaintiff, were being told by the United States government, including by Senator Burr, that the United States was prepared to face emerging public health threats like the coronavirus and that Covid-19 would not have a significant impact on the economy, Senator Burr was in possession of material nonpublic information to the contrary,” investor Alan D. Jacobsen said in a complaint filed Monday in Washington federal court.

It’s unclear whether an individual like Jacobsen has legal standing to sue Burr, who chairs the Senate Intelligence Committee.

The lawmaker didn’t immediately return a message seeking comment on the lawsuit. His office previously said that his sales were unrelated to any information he received by virtue of his position as Intelligence Committee chairman.

The Stock Act made it illegal for members of Congress and federal officials to trade on nonpublic information about pending regulatory or legislative decisions. The law also requires them to publicly disclose stock transactions within 45 days after making them – in addition to the annual disclosure listing assets and liabilities.