Little Rock, Ark. – The mayor of an eastern Arkansas city has a pointed message for residents who he says aren’t following social distancing guidelines to curb the coronavirus.

“With all emotion and no disrespect, stay your ass at home,” West Memphis Mayor Marco McClendon said in a video posted on the city’s Facebook page Tuesday. “I can’t make it any more blunt than that.”

McClendon’s city is across the Mississippi River from Memphis, Tennessee, which has been hit hard by the pandemic. Shelby County, where Memphis is located, has had more than 1,400 coronavirus cases. Statewide, Arkansas has had at least 1,569 confirmed cases. 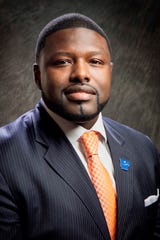 The West Memphis mayor told The Associated Press on Wednesday that his message was spurred by a rise in cases in his city and frustration over some younger residents not taking the threat seriously. Crittenden County, where West Memphis is located, has the second highest number of cases among Arkansas’ 75 counties, with 121.

The city has imposed a nighttime curfew and also adopted a “voluntary” stay-at-home order that strongly encourages residents to avoid leaving the house for anything other than work or essential needs.

McClendon said his city has also closed all but one of its parks. Despite the restrictions, the mayor said he’s still seeing some people gathering for barbecues or playing basketball.

“It’s that certain group that just feels they’re invincible,” McClendon told the AP. “I just had to get their attention.”

Nearly 700 people had commented on McClendon’s video by Wednesday afternoon, mostly agreeing with the mayor’s admonition.

“People need to just set at home and stop the spread of this nasty virus,” one user wrote.