Arkansas lawmaker Tom Cotton deemed it a “scandal” that China’s “brightest minds” study in the U.S. only to return home “to compete for our jobs"

Republican Senator Tom Cotton lit up social media on Sunday by suggesting Chinese students shouldn’t be allowed to study science and technology at U.S. universities, and should focus on Shakespeare instead.

The Arkansas lawmaker deemed it a “scandal” that China’s “brightest minds” study in the U.S. only to return home “to compete for our jobs, to take our business, and ultimately to steal our property.”

“We need to take a very hard look at the visas that we give the Chinese nationals to come to the United States to study, especially at the post-graduate level in advanced scientific and technological fields,” Cotton said on Fox News Channel’s “Sunday Morning Futures.” 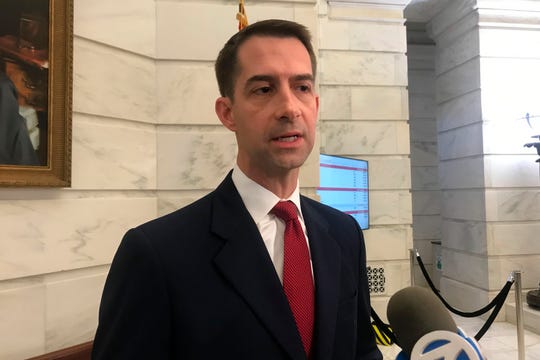 The students should be allowed “to come here and study Shakespeare and the Federalist Papers, that’s what they need to learn from America,” he said. “They don’t need to learn quantum computing and artificial intelligence from America.”

Fox News correspondent Maria Bartiromo agreed it was important to “make sure people understand the culture of America.”

The poet and playwright William Shakespeare, often regarded as the greatest writer in the English language, was born and died in Stratford-Upon-Avon in the U.K.