Value of police body cameras limited by lack of transparency

Nationwide, police departments have rushed to ramp up the use of body cameras

Value of police body cameras limited by lack of transparency

In the fatal shooting of a black man by police in Atlanta last week, officers’ body cameras captured about 40 minutes of footage, but not the critical moments that end with one of them opening fire.

In Oklahoma City, it took police more than a year to release video from the arrest of a man who died in custody. It came out months after the officers involved were cleared of any wrongdoing, and shows them struggling with the man as he says “I can’t breathe.” One officer replies: “I don’t care.”

Nationwide, police departments have rushed to ramp up the use of body cameras, which have been hailed as a potential equalizer that would show the unvarnished truth of an encounter with officers. 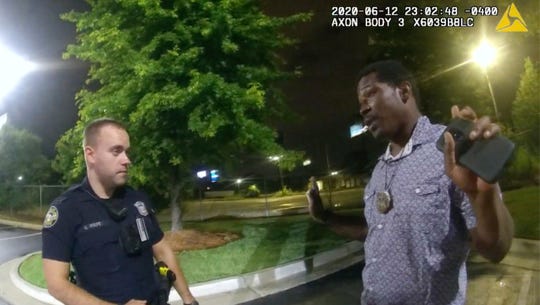 This screen grab taken from body camera video provided by the Atlanta Police Department shows Rayshard Brooks speaking with Officer Garrett Rolfe in the parking lot of a Wendy's restaurant, late Friday, June 12, 2020, in Atlanta. Rolfe has been fired following the fatal shooting of Brooks and a second officer has been placed on administrative duty. (Photo: Atlanta Police Department)

But the cases in Georgia and Oklahoma highlight why the technology’s benefit has come into question amid protests sparked by the killing of George Floyd and calls for sweeping changes to American law enforcement. With budget crises looming and cries to “defund the police,” some are asking whether the tens of millions of taxpayer dollars spent to outfit officers with cameras has provided the accountability and transparency expected.

Advocates and officers agree the technology’s broad adoption has been helpful, but its value is dictated by the policies and practices around its use: Cameras improve transparency when departments care about transparency.

“They were going to be a panacea to all of the problems we’re facing,” said Chuck Wexler, executive director of the Police Executive Research Forum. “Body-worn cameras have their limitations and they’re certainly not a panacea, but they do have valuable uses.”

This month, four Atlanta police officers were fired and criminally charged over an incident in which officers pulled two college students from a car and hit them with stun guns during protests late last month. The police chief, who resigned Saturday, told her staff she expected the footage to reinforce that the officers did the right thing, but it did the opposite.

But that case was unusual. Cameras have largely failed to deliver swift accountability because the release of video is frequently long delayed or denied entirely, said Harlan Yu, executive director at the civil rights and technology nonprofit Upturn. When footage of a controversial incident is released, Yu said, it’s often only after intense public outcry.

That was the case in Oklahoma City last week, when police put out video of the deadly May 2019 arrest of Derrick Elliot Scott.

Officers arrested Scott, who was black, because he matched the description of an armed suspect, Capt. Larry Withrow said. Scott had a loaded gun in his pocket, Withrow said.

The video shows an officer confronting Scott and then tackling him after he takes off running. As officers hold Scott down, he can be heard saying he can’t breathe. He appears to go in and out of consciousness and the officers eventually call for an ambulance. He was later pronounced dead; an autopsy showed the encounter with police was a factor.

A prosecutor cleared the officers of any wrongdoing last August. The video was released after media requests and demands from activists.

The Rev. T. Sheri Dickerson, executive director of Black Lives Matter OKC, said police held the footage back because it would have changed how the case was handled. Had it been public “there would have been collective power in demanding justice,” Dickerson said.

Oklahoma City police spent roughly $750,000 on cameras and servers, and pay another $150,000 annually for software and maintenance. 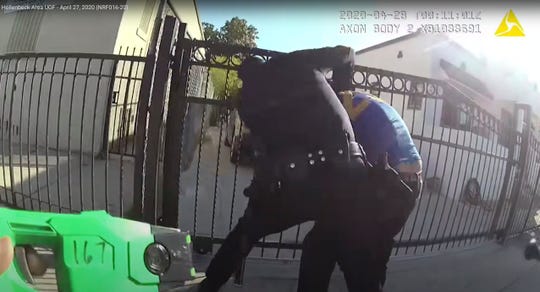 Their use has grown nationwide since a 2013 federal court ruling that New York City police wrongly targeted minorities with the stop-and-frisk program. The court ordered the nation’s largest police department adopt body cameras.

In the last five years, a Justice Department program awarded 420 grants worth nearly $83 million to help agencies pay for body cameras, according to a spokeswoman. Local governments spend many millions more for cameras and costly video storage.

The cameras also raise privacy issues, especially for those worried their public-facing lenses could be combined with facial recognition technology. Often, however, the videos that show the public grim realities of policing don’t come from body cameras at all. They’re made by bystanders.

The video that showed the world Floyd crying for air and then going limp under the knee of a white Minneapolis officer was shot by a bystander, who told the officers they were being filmed.

“We now see a plethora of daily videos of black people being brutalized, shocked, beaten, choked out,” said Damario Solomon-Simmons, a Tulsa civil rights attorney. But, he said, there isn’t enough accountability.

How cameras affect officer behavior is an open question. A 2019 analysis by researchers at George Mason University of 70 past studies found cameras have not met police leaders’ nor citizens’ expectations and there is still a “lacuna of knowledge” around their impact.

In Atlanta, where the police have a five-year contract for the cameras worth nearly $14 million, the department on Sunday released video showing a sobriety check outside a Wendy’s restaurant spin suddenly out of control. 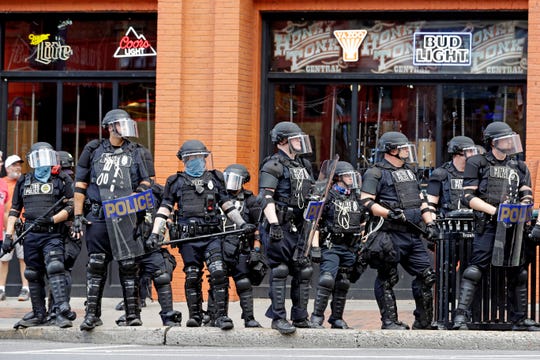 Footage from body and dash-mounted cameras show Rayshard Brooks chatted cooperatively with the two white officers, saying he’d had a couple of drinks to celebrate his daughter’s birthday and agreeing to a breath test.

The 27-year-old black man appears to pull away as the officers start putting him in handcuffs. Both officers’ body cameras were knocked to the ground in the ensuing struggle over a Taser. It was footage released from a security camera that ultimately captured an officer fatally shooting Brooks in the back. The officer who pulled the trigger was fired; the other one is on leave, and the police chief resigned.

Kenneth Kissiedu, a retired African American New York Police Department sergeant, won a nearly $200,000 settlement in 2015 after suing police in Yonkers, New York, for allegedly beating him. He sees value in the cameras but said what’s really needed is for mayors, police chiefs and police unions to stand together and say brutality and excessive force won’t be tolerated.

“Before even the cameras,” Kissiedu said, “it’s the culture.”