The ad claimed a nuclear device would be detonated in Nashville and that the attack would be carried out by unspecific interests of “Islam.”

Nashville, Tenn. – A Tennessee newspaper has fired its advertising manager after a full-page advertisement from a religious group predicting a terrorist attack in Nashville next month appeared in its pages.

In a story on its website Monday afternoon, The Tennessean announced the newspaper and its parent company, Gannett, had fired the manager after conducting an internal investigation into what led to its publishing.

The paid advertisement that appeared in Sunday’s editions of The Tennessean from the group Future For America claimed Donald Trump “is the final president of the USA” and featured a photo of Trump and Pope Francis. It began by claiming that a nuclear device would be detonated in Nashville and that the attack would be carried out by unspecific interests of “Islam.”

“We apologize for publishing this ad and we specifically apologize to the Muslim community, in Nashville and more broadly,” Kathy Jack-Romero, president of local sales for Gannett, told the newspaper. “This should have never happened.” 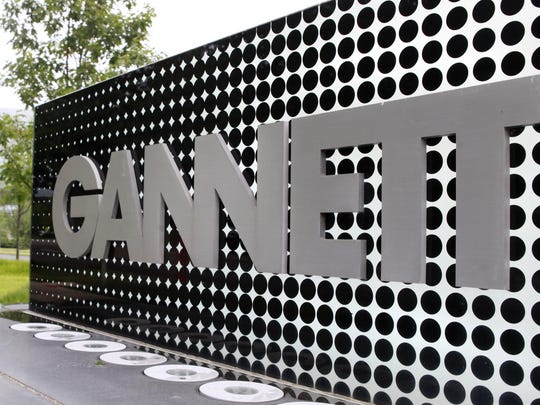 In a story on its website Monday afternoon, The Tennessean announced the newspaper and its parent company, Gannett, had fired the manager after conducting an internal investigation into what led to its publishing. (Photo: Jacquelyn Martin / AP)

After one sales executive had flagged the ad for review, Jack-Romero said, the now terminated manager “agreed to proceed with the ad without fully reviewing the content.”

The group had also run a full-page ad in Wednesday’s editions of the newspaper stating its intention to warn Nashville residents on their attack prediction “so that they may be able to make a decision intelligently.” The ad on Wednesday did not mention Islam.

“We’re grateful that they’ve opted not to benefit from the proceeds of that ad,” Sabina Mohyuddin, executive director of the American Muslim Advisory Council, told the newspaper. “We can use that for something good in the community.”

Mohyuddin also said the newspaper’s executives have contacted her to apologize.

Aside from the donation to the Nashville-based advocacy group, the company will also give $50,000 in advertising credit to the council and will coordinate with them on diversity training for the newspaper’s staff.

According to its website, Future For America’s ministry warns of so-called end-of-the-world Bible prophecies.

Terry Heaton, who is an author and retired television news executive, including the former executive producer of “The 700 Club,” said the advertisement’s claim is not supported in the Bible.