Supporters say the plan protects businesses and other employers who adhere to public-health guidelines in good faith.

Washington — A new plan from Senate Republicans to award businesses, schools, and universities sweeping exemptions from lawsuits arising from inadequate coronavirus safeguards is putting Republicans and Democrats at loggerheads as Congress reconvenes next week to negotiate another relief package.

The liability proposal, drafted by Majority Leader Mitch McConnell, R-Ky., and senior Republican John Cornyn of Texas, promises to shield employers when customers and workers are exposed to coronavirus by moving lawsuits to federal court and limiting legal liability to acts of “gross negligence or intentional misconduct,” according to a draft of the plan obtained by The Associated Press. 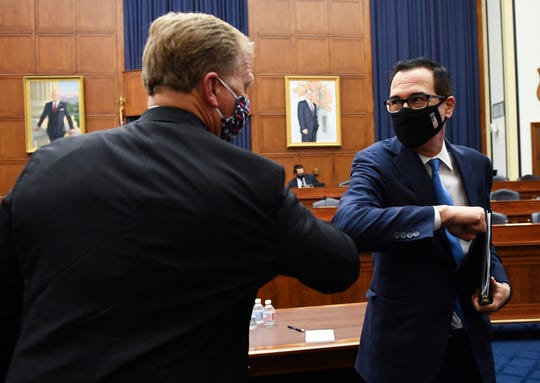 Supporters say the plan protects businesses and other employers who adhere to public-health guidelines in good faith. Opponents argue it will permit wrongdoing to go unpunished. It’s up to Congress to resolve the debate, with the outcome likely to determine what legal recourse is available to Americans who contract the virus.

“Even if businesses and hospitals follow all the relevant guidelines and act in good faith, they could end up fighting a very long and a very expensive lawsuit,” Cornyn said. “They could end up winning that lawsuit, but they could also end up going bankrupt in the process.

In the courts, gross negligence amounts to “reckless disregard” for the safety of others, which is a high standard to meet. Ordinary negligence, by contrast, occurs when a business owner fails to take reasonable precautions to protect people from the COVID-19 threat. The GOP’s proposed standard would apply retroactively to when the coronavirus began to circulate in December and would extend through at least 2024.

McConnell has said for months that some form of liability shield will be in the next COVID response measure, telling an audience in Kentucky on Wednesday that he won’t send the next, and fifth, coronavirus response bill to the floor without it.

The liability shield is just one of the difficult issues confronting lawmakers as they launch into negotiations over another coronavirus bill with competing priorities. Other major battles involve whether to renew a $600 per-week bonus federal unemployment benefit, how much assistance to send state and local governments, and whether to indulge President Donald Trump’s wish to Social Security payroll taxes.

House Speaker Nancy Pelosi, D-Calif., is firmly on the opposite side of the liability plan, pressing instead for emergency workplace regulations to protect paramedics, emergency medical personnel, and other health care workers at risk of exposure to COVID-19 in their workplace.

The $3.5 trillion House Democratic measure, passed two months ago, requires the Occupational Safety and Health Administration, or OSHA, to issue emergency temporary workplace COVID safety standards for employers immediately upon enactment of the bill. That’s a nonstarter with the GOP.

“They have resisted, in the past, any strong OSHA standard, and that is absolutely essential for us to have to protect our workers, at all times, but an even stronger one at the time of coronavirus,” Pelosi said on Thursday.

The nation’s trial lawyers have traditionally held great influence with congressional Democrats and while they have absorbed some defeats over the years, they cannot be discounted as a lobbying force. Earlier this year, for instance, a minor liability issue involving face-masks became a huge behind-the-scenes struggle before manufacturers such as 3M prevailed.

The Republican proposal, which was distributed only in summary form, offers a broad shield by requiring heightened pleading standards stiffening burden-of-proof standards, and capping damages on awards. Employers would also be shielded from investigations by federal agencies.

Pelosi and top Senate Democrat Chuck Schumer of New York aren’t closing the door completely on McConnell’s demand. The liability shield is a top priority of not just the GOP’s corporate allies but also of colleges and local school districts.

“This is a critical issue for a wide range of employers from distillers who switched to producing hand sanitizers, to manufacturers that transformed their operations to construct personal protective equipment (PPE) and ventilators, to front line medical professionals treating the afflicted,” said the U.S. Chamber of Commerce in a letter this week to top Capitol Hill leaders.

Advocates for the liability shield know they are in for a huge fight. Given McConnell’s determination on the issue, it’s likely some variant of the liability shield will pass, but it’s sure to be scaled back significantly. Pelosi is also adept at trading concessions on GOP priorities for additional funding, and the liability issue promises to be among the final items resolved when negotiations wrap up next month, along with unemployment benefits.

“I think it’s interesting that the first proposal that Republicans are offering is something that they negotiated with lobbyists that protects big corporations,” said Minority Leader Chuck Schumer, D-N.Y., on Friday.