Ex-cop told onlooker Floyd was big, ‘probably on something’ 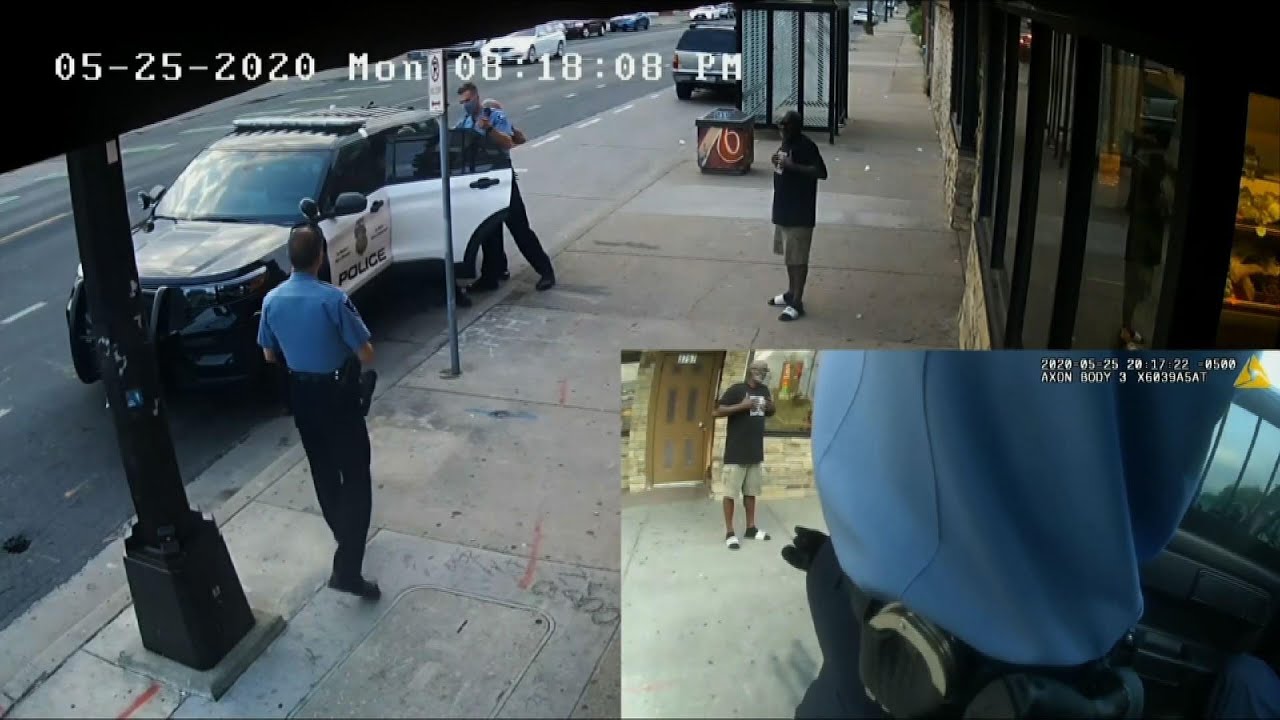 Minneapolis — After the ambulance took George Floyd away, the Minneapolis officer who had pinned his knee on the Black man’s neck defended himself to a bystander by saying Floyd was “a sizable guy” and “probably on something,” according to police video played in court Wednesday.

The video was part of a mountain of footage — both official and amateur — and witness testimony at Officer Derek Chauvin 's murder trial that all together showed how Floyd's alleged attempt to pass a phony $20 bill at a neighborhood market last May escalated into tragedy one video-documented step at a time.

A security-camera scene of people joking around inside the store soon gave way to the sight of officers pulling Floyd from his SUV at gunpoint, struggling to push him into a squad car as he writhed and screamed that he was claustrophobic, and then putting him on the pavement.

When Floyd was finally taken away by paramedics, Charles McMillian, a 61-year-old bystander who recognized Chauvin from the neighborhood, told the officer he didn't respect what Chauvin had done.

“That’s one person’s opinion," Chauvin could be heard responding. "We gotta control this guy ’cause he’s a sizable guy ... and it looks like he’s probably on something.”

Floyd was 6-foot-4 and 223 pounds, according to the autopsy, which also found fentanyl and methamphetamine in his system. Chauvin's lawyer said the officer is 5-foot-9 and 140 pounds.

Chauvin, 45, is charged with murder and manslaughter, accused of killing the 46-year-old Floyd by kneeling on his neck for 9 minutes, 29 seconds, as he lay face-down in handcuffs. The most serious charge against the now-fired White officer carries up to 40 years in prison.

Floyd’s death, along with the harrowing bystander video of him gasping for breath as onlookers yelled at Chauvin to get off him, triggered sometimes violent protests around the world and a reckoning over racism and police brutality across the U.S.

Jurors were shown police body camera video of the approximately 20 minutes between when police approached Floyd's vehicle and when he was loaded into the ambulance.

When Officer Thomas Lane confronted Floyd in his SUV, drew his gun and demanded with a few expletives that he show his hands, a panicky-sounding Floyd said: “I’m sorry, I’m sorry” and “I got shot before.” Seemingly crying, he begged repeatedly, “Please don't shoot me, man.”

Then, when told to get into the squad car, Floyd repeatedly yelled, “I’m not that kind a guy!” and “I'm claustrophobic!” As officers shoved his upper body and then his legs into the car, he writhed and screamed, “Please! Please! … I can’t breathe!"

Officers were clearly exasperated as Floyd braced himself against the squad car and arched his body while they tried to get him inside. At one point, he threw his upper body out of the car, and officers tried to push him back in.

Officers eventually pulled him out and brought him to the ground. Floyd thanked officers as they took him out of the squad car.

Once Floyd was on the ground — with Chauvin’s knee on his neck, another officer’s knee on his back and a third man holding his legs — the officers talked calmly about whether he might be on drugs.

Lane was heard saying officers found a “weed pipe” on Floyd and wondered if he might be on PCP, saying Floyd's eyes were shaking back and forth fast.

“He wouldn’t get out of the car. He just wasn’t following instructions,” Lane was recorded saying. The officer also asked twice if the officers should roll Floyd on his side, and later said calmly that he thought Floyd was passing out. Another officer checked Floyd's wrist for a pulse and said he couldn’t find one.

Minutes earlier, as Floyd was pinned down by Chauvin and other officers, McMillian, the bystander, could be heard on video saying to Floyd, "You can't win" and “Get up and get in the car."

The defense has argued that Chauvin did what he was trained to do and that Floyd’s death was not caused by the officer’s knee, as prosecutors contend, but by Floyd’s illegal drug use, heart disease, high blood pressure and the adrenaline flowing through his body.

Events spun out of control earlier that day soon after Floyd allegedly handed a cashier at Cup Foods, 19-year-old Christopher Martin, a counterfeit bill for a pack of cigarettes.

Martin testified Wednesday that he watched Floyd’s arrest outside with “disbelief — and guilt.”

“If I would’ve just not tooken the bill, this could’ve been avoided,” Martin lamented, joining the burgeoning list of witnesses who expressed a sense of helplessness and lingering guilt over Floyd's death.

Martin said he immediately believed the $20 bill was fake. But he said he accepted it, despite believing the amount would be taken out of his paycheck by his employer, because he didn’t think Floyd knew it was counterfeit and “I thought I’d be doing him a favor.”

Martin then second-guessed his decision and told a manager, who sent Martin outside to ask Floyd to return to the store. But Floyd and a passenger in his SUV twice refused to go back into the store to resolve the issue, and the manager had a co-worker call police, Martin testified.

Martin said that when Floyd was inside the store buying cigarettes, he spoke so slowly “it would appear that he was high.” But he described Floyd as friendly and talkative.

After police arrived, Martin went outside as people were gathering on the curb and yelling at officers. He said he saw Officer Tou Thao push one of his co-workers. Martin said he also held back another man who was trying to defend himself after being pushed by Thao.

Wednesday morning's testimony was briefly interrupted when a juror stood and raised her hand and gestured toward the door. She later told the judge that she had been feeling stress and having trouble sleeping, but told the judge she was OK to proceed.