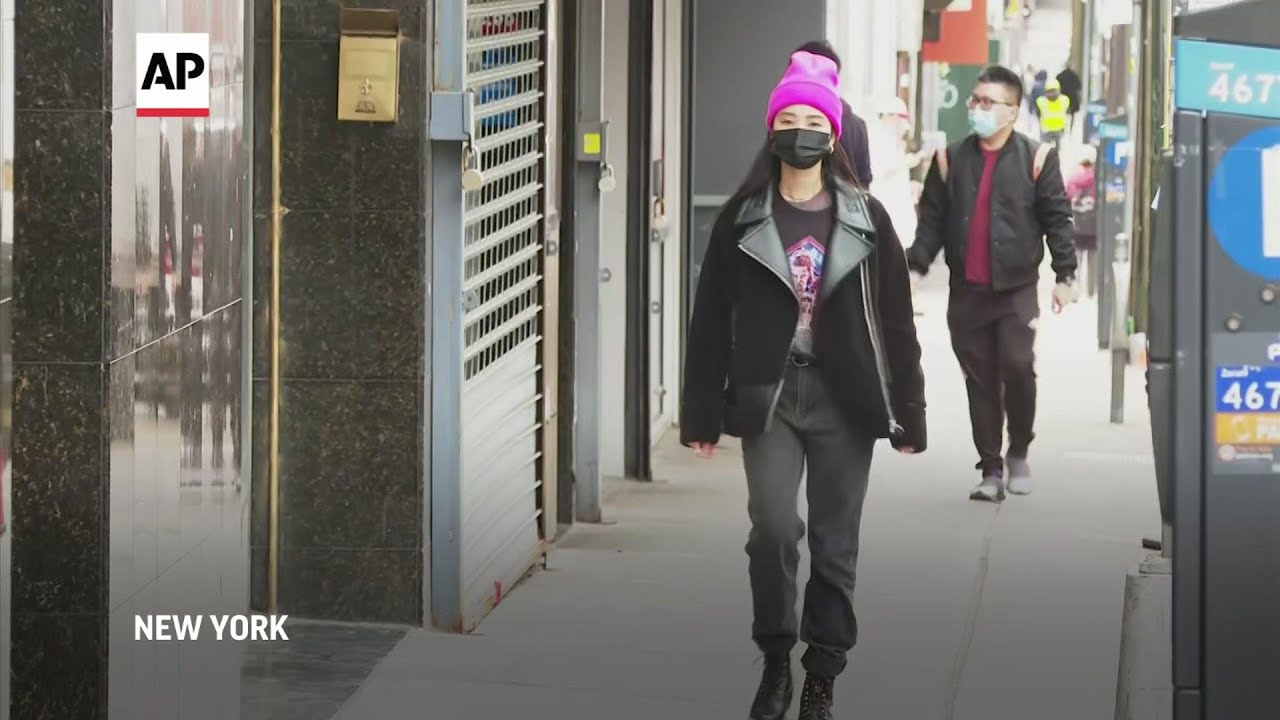 New York — Fed up with the incessant attacks on Asian Americans, Stan Lee recently started voluntarily patrolling San Francisco's Chinatown. So when the 53-year-old fire lieutenant saw a video of a New York City woman getting brutally beaten, he didn't have to guess how his fellow volunteers — other Asian American firefighters — were taking it.

“I’m pretty sure they’re all steamed, like I am,” said Lee, who is Chinese American. “It’s personal. It could have been our aunt or our mom or our grandma.”

The vicious assault of a 65-year-old woman while walking to church in the daytime this week near New York City's Times Square has heightened already palpable levels of outrage over anti-Asian attacks that escalated with the pandemic.

New York police say the assailant yelled racial slurs at the Filipina American woman and told her, “You don't belong here!” The video quickly drew millions of views along with widespread condemnation, not just for its heinous nature but the seemingly indifferent bystanders. The assailant was arrested and charged Wednesday with hate crimes.

“I think that gives us more motive to take care of our own,” Lee said. “We see everyone in our community as our own. It doesn’t have to be just Asians.”

In New York City, Teresa Ting, a 29-year-old Chinese American, started what has become the Main Street Patrol following an attack on another older Asian American woman in the Flushing neighborhood of Queens in February.

“It literally could have been my mother had it been the wrong place, wrong time," Ting said of that attack.

She wanted to do something more than posting messages on social media and was happily surprised when people showed up to volunteer. The group has since organized volunteers to go out in parts of Flushing, a heavily Asian neighborhood, on weekend afternoons.

Volunteers travel in groups of three, and have an app they use to communicate with each other. Ting, who wants to expand to offer a chaperone service, said she wanted people to know how to get involved and tactics they could use.

“I think it’s very necessary, especially in the Asian community right now, just because a lot of the elders have a language barrier. They can’t speak or understand English," she said. “That’s why I feel a lot of hate crimes have been unreported.”

Bystander training has also been on the rise and the need was only reinforced by the video of this week's attack. Emily May, co-founder of Hollaback!, which offers training on how to respond when witnessing harassment, said it was disturbing that the video showed several witnesses to the attack who didn't seem to render aid to the woman.

Two have been identified as lobby workers, and the attack took place on the street right outside of their building. Neither intervened or called 911, the police said. One of them was even seen closing the building door during the assault.

May said there were things they could have done, even if they were worried about harm coming to themselves, like shouting or otherwise creating a distraction.

“I still think there are ways that they could have intervened without compromising their own safety," she said.

“It’s clear that the training was responding to a need and a lot of concerns within the community because we had over 1,000 people register for the first two trainings that we offered,” she said.

The interest in the training has cycled up and down since, and demand has increased as anti-Asian attacks have gotten more coverage.

Asian Americans are still reeling just weeks after a white gunman opened fire inside three Asian-owned massage businesses in metro Atlanta. Eight people, including six women of Asian descent, died. The shooter has not been charged with any hate crimes, and authorities received intense backlash when they cited the suspect blaming a “sex addiction.” Critics say the victims' race is inextricably tied to the motive.

U.S. Attorney General Merrick Garland on Tuesday ordered a review of how the Justice Department can best deploy its resources to combat hate crimes during a surge in incidents targeting Asian Americans.

Garland issued a department-wide memo announcing the 30-day review, citing the “recent rise in hate crimes and hate incidents, particularly the disturbing trend in reports of violence against members of the Asian American and Pacific Islander community since the start of the pandemic.”

Asian American activists say former President Donald Trump is partly to blame because of his rhetoric around COVID-19, which he frequently referred to as the “Chinese virus.” They say he gave license for people to show racism that was already present and rooted in decades of anti-Asian sentiment in the U.S.

According to a report from Stop AAPI Hate, more than 3,800 anti-Asian incidents were reported to the organization between March 2020 through February. The group, which tracks incidents of discrimination, hate and xenophobia against Asian Americans and Pacific Islanders in the U.S., said that number is “only a fraction of the number of hate incidents that actually occur.”

According to the Center for the Study of Hate & Extremism at California State University, San Bernardino, hate crimes targeting Asians ballooned by 150% last year, while hate crimes overall during the pandemic went down 7%.

Lee, the San Francisco firefighter, said he is willing to keep volunteering for however long it feels necessary, adding that he often bumps into volunteers from other citizen patrols, a sign of how much attention the issue is getting. Asian American seniors he's met still want to maintain their routines.

“If they are scared they’re not showing it, because they still have to go about their daily lives,” he said.

Tang reported from Phoenix. Hajela and Tang are members of The Associated Press’ Race and Ethnicity team.