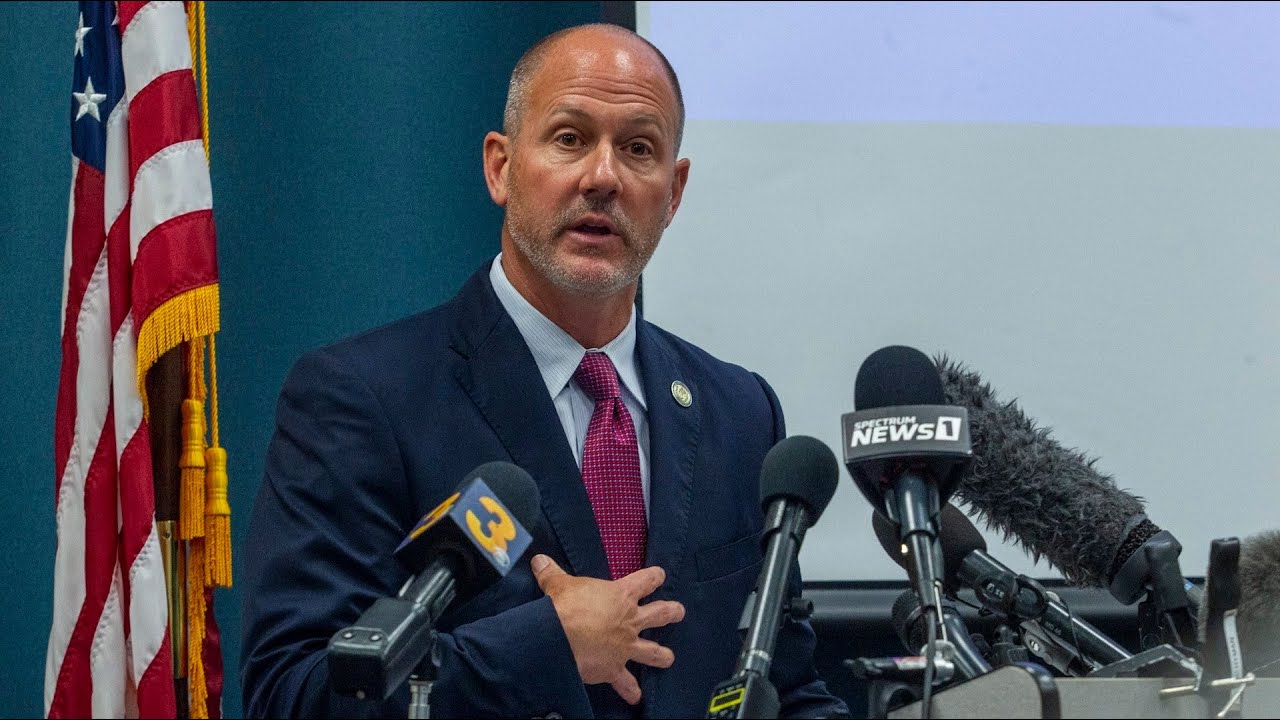 Elizabeth City, N.C. – A North Carolina prosecutor said Tuesday that sheriff’s deputies were justified in fatally shooting Andrew Brown Jr. because he ignored their commands and endangered at least two of them when he drove his car toward them.

District Attorney Andrew Womble said at a news conference that Brown used his car as a “deadly weapon,” causing Pasquotank County deputies to believe it was necessary to use deadly force. Womble, who acknowledged Brown wasn’t armed with guns or other weapons, said the deputies will face no criminal charges.

Attorneys for Brown’s family who watched body camera footage have previously said that he was trying to drive away from deputies and posed no threat. Family attorney Harry Daniels said that the family was preparing a response to Womble’s announcement.

During his news conference, Womble said a deputy who tried to open Brown’s car door wound up partly on the hood as Brown backed up, and the deputy found himself directly in the car’s path moments later when Brown drove forward. Womble said the deputy had to push off the car with his hand to narrowly avoid being run over, and at least one of the other deputies was also endangered as the group tried to take Brown into custody on drug-related warrants.

“I find that the facts of this case clearly illustrate the officers who used deadly force on Andrew Brown Jr. did so reasonably and only when a violent felon used a deadly weapon to put their lives in danger,” Womble said, referring to Brown’s car. He added that he found that “Brown’s actions and conduct were indeed dangerous by the time of the shooting. … Brown posed an immediate threat to the safety of the officers and others.”

The sheriff has said his deputies weren’t injured.

The prosecutor said he would not release bodycam video of the confrontation between Brown and the law enforcement officers, but he played portions of the video during the news conference that multiple news outlets broadcast live.

The shooting on April 21 sparked protests over multiple weeks by demonstrators calling for the public release of the body camera video. While authorities have shown footage to Brown’s family, a judge refused to release the video publicly pending a probe by the State Bureau of Investigation. Womble made his determination to not charge any of the officers after reviewing the bureau’s report.

The three deputies involved in the shooting – Investigator Daniel Meads, Deputy Robert Morgan and Cpl. Aaron Lewellyn – have been on leave since it happened. The sheriff’s office said Morgan is Black, while Meads and Lewellyn are white.

A lawyer who represented the three deputies during a court hearing on petitions to release the video didn’t immediately respond to an email seeking comment Tuesday.

Four other deputies who were at the scene were reinstated after the sheriff said they didn’t fire their weapons.

An independent autopsy released by the family found that Brown was hit by bullets five times, including once in the back of the head. Lawyers for Brown’s family who watched body camera footage say that it shows Brown was not armed and that he didn’t drive toward deputies or pose a threat to them.

Separately, the FBI has launched a civil rights probe of the shooting.