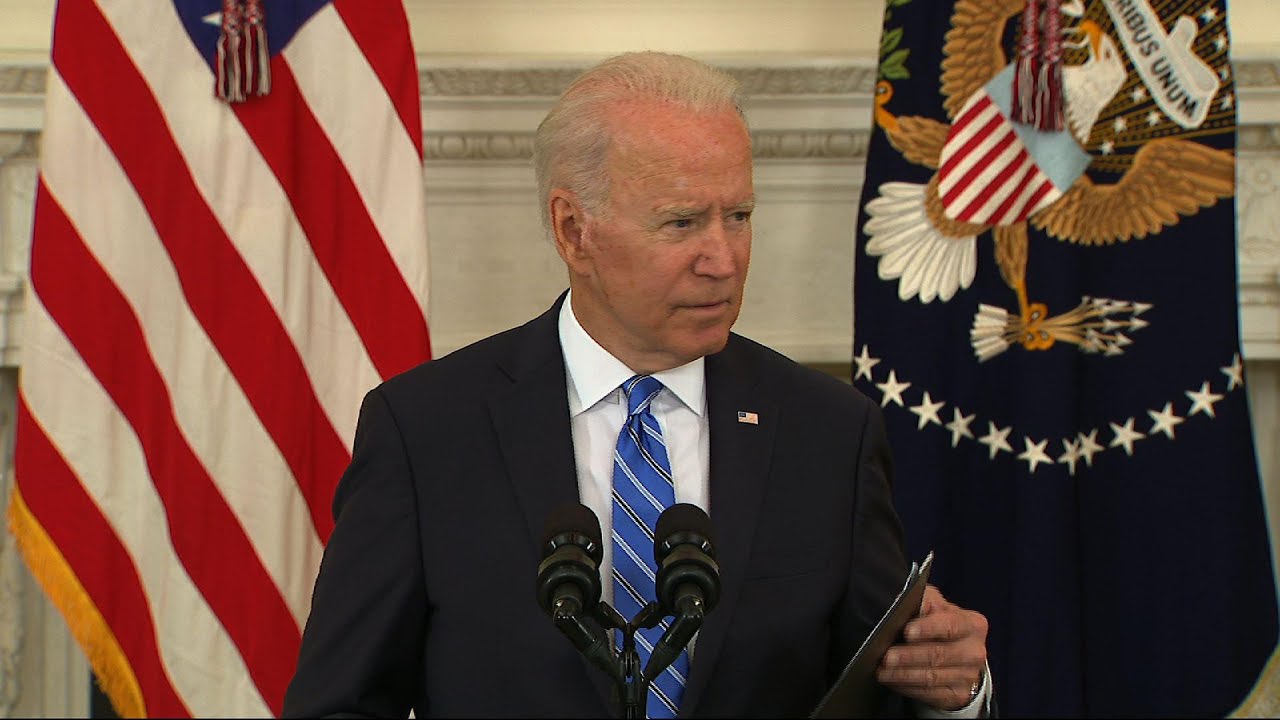 Washington — President Joe Biden tempered his assessment that social media giants are “killing people” by hosting misinformation about the COVID-19 vaccines on their platforms, saying Monday that he hoped they would not take it “personally” and instead would act to save lives.

While companies like Facebook defend their practices and say they're helping people around the world access verified information about the shots, the White House says they haven't done enough to stop misinformation that has helped slow the pace of new vaccinations in the U.S. to a trickle. It comes as the U.S. sees a rise in virus cases and deaths among those who haven't gotten a shot, in what officials call an emerging “pandemic of the unvaccinated.”

Speaking at the White House, Biden insisted he meant “precisely what I said” when he said Friday of the tech giants that “they're killing people." But he said the point of his rhetoric was to ramp up pressure on the companies to take action.

“My hope is that Facebook, instead of taking it personally that somehow I’m saying ‘Facebook is killing people,' that they would do something about the misinformation," Biden said.

Biden’s comments come as the White House has struggled to counteract resistance to getting a shot, particularly among younger and more Republican demographics. Fewer than 400,000 Americans are getting their first vaccine dose each day — down from a high of more than 2 million per day in April. More than 90 million eligible people have not received a dose.

The administration has increasingly seized on false or misleading information about the safety and efficacy of the vaccines as a driver of that hesitance. It has referenced a study by the Center for Countering Digital Hate, a nonprofit that studies extremism, that linked a dozen accounts to spreading the majority of vaccine disinformation on Facebook.

“Facebook isn’t killing people. These 12 people are out there giving misinformation, anyone listening to it is getting hurt by it, it's killing people," Biden said. "It’s bad information."

In the view of the administration, criticizing the social media companies — who have come under mounting scrutiny in Washington over not just disinformation, but also antitrust and privacy practices — is a proxy for criticizing the originators of disinformation themselves. The White House has generally sought to avoid engaging directly with those spreading misinformation to avoid amplifying falsehoods.

“I’m not trying to hold people accountable. I’m trying to make people look at themselves, look in the mirror,” Biden said, adding, “Think about that misinformation going to your son, your daughter, your relative.”

“Misinformation poses an imminent and insidious threat to our nation’s health,” Murthy said during remarks Thursday at the White House. “We must confront misinformation as a nation. Lives are depending on it.”

Murthy said technology companies and social media platforms must make meaningful changes to their products and software to reduce the spread of false information while increasing access to authoritative, fact-based sources.

Too often, he said, the platforms are built in ways that encourage the spread of misinformation.

“We are asking them to step up,” Murthy said. “We can’t wait longer for them to take aggressive action.”

Facebook on Friday responded to Biden’s attack, with spokesperson Kevin McAlister saying, “The facts show that Facebook is helping save lives. Period."

The company also released a blog post saying its internal research showed it was not responsible for Biden's missed vaccination goal. “The data shows that 85% of Facebook users in the US have been or want to be vaccinated against COVID-19. President Biden’s goal was for 70% of Americans to be vaccinated by July 4. Facebook is not the reason this goal was missed.”

White House press secretary Jen Psaki insisted Monday: “We’re not in a war or battle against Facebook — we’re in a battle with the virus.” But she ramped up pressure on the companies to share information on how many Americans are exposed to misinformation on their platforms and how their secretive and powerful algorithms promote false content to users.