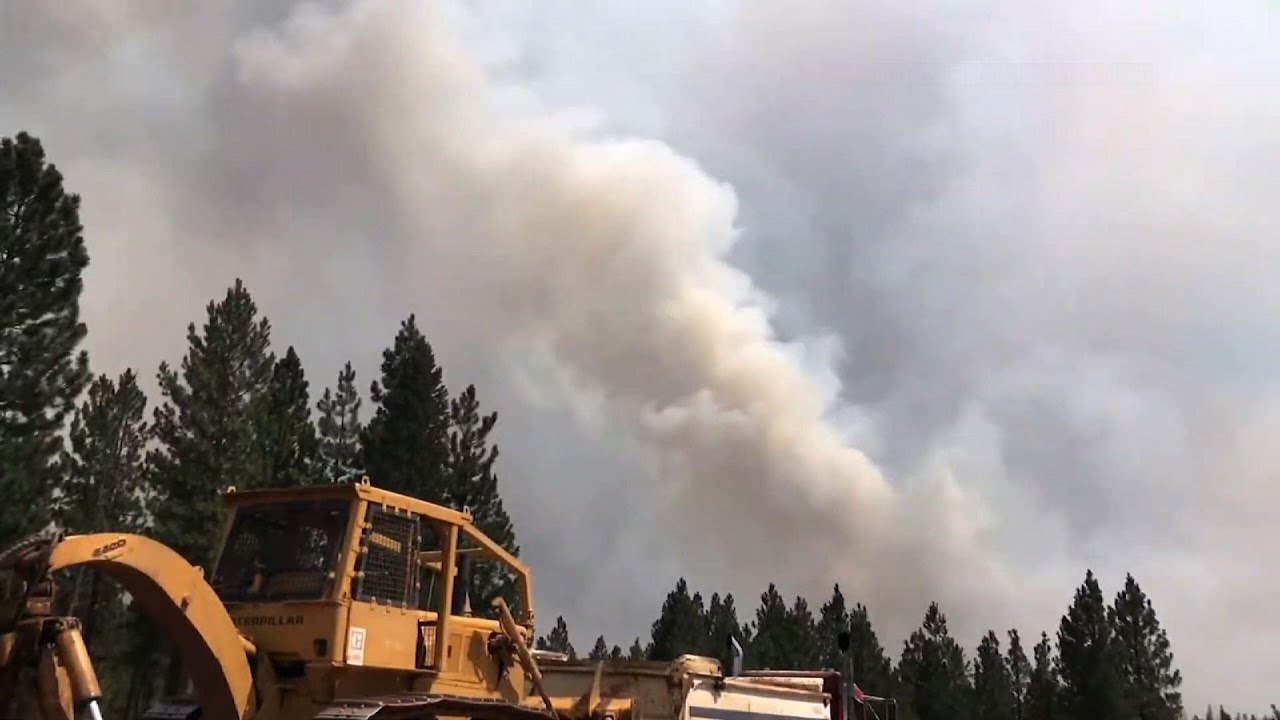 Bly, Ore. — The nation's largest wildfire raged through southern Oregon on Friday but crews were scaling back some night operations as hard work and weaker winds helped reduce the spread of flames even as wildfires continued to threaten homes in neighboring California.

The Bootleg Fire, which has destroyed an area half the size of Rhode Island, was 40% surrounded after burning some 70 homes, mainly cabins, fire officials said.

At least 2,000 homes were ordered evacuated at some point during the fire and an additional 5,000 were threatened.

The upper eastern edge of the blaze continued to move toward Summer Lake, jumping fire lines on Thursday and prompting an evacuation order for some portions of Lake County to be raised to “go now!” fire officials said.

Winds up to 10 mph (16 kph) could drive the flames through timber but not at the pace seen last week, when the wind-driven blaze grew exponentially, fire information officer Angela Goldman said.

The fire, which was sparked by lightning, had been expanding by up to 4 miles (6 kilometers) a day, pushed by strong winds and critically dry weather.

There was good news on the lower portion of the 624-square-mile (1,616-square-kilometer) blaze. Crews had locked in containment lines and on the lower southeastern side, crews were able to gain a substantial foothold, allowing them to cut back to nighttime patrols from what had been a “24-7 run-and-gun” fight, fire information officer Sarah Gracey said.

“For us, that’s a pretty big step,” she said. “It’s not that easy to work in a pitch-black forest in the middle of the night.”

Crews will be able to rest and contribute to dayside attacks, she said.

“We have had day after day of red flag warnings (of extreme fire danger) and today we don’t have a red flag warning,” Gracey said Thursday. However, low humidity and high temperatures remained a concern.

That side of the blaze also had burned into an area blackened by a previous fire, creating gaps in the fuel and reducing the spread of flames through grass, shrub and timber, Gracey said.

In California, the Tamarack Fire south of Lake Tahoe had burned more than 78 square miles (202 square kilometers) of timber and head-high chaparral in national forest land. It erupted July 4 and was one of nearly two dozen blazes sparked by lightning strikes.

The fire was less than a mile from the estates, a community of around 1,200 people in Douglas County, Nevada.

“Firefighters on the ground and aircraft continue to battle the growing spot under exceptionally difficult weather and fuel condition,” the Humboldt-Toiyabe National Forest said in an update.

Mandatory evacuation orders were issued Thursday in Plumas County in the Sierra Nevada west of the Nevada line as the Dixie Fire continued to grow explosively eastward, becoming California's largest wildfire so far this year.

“This fire is outpacing us at moments,” Shannon Prather, the incident commander, said Thursday evening.

Extremely dry conditions and recent heat waves tied to climate change have made wildfires harder to fight. Climate change has made the West much warmer and drier in the past 30 years and will continue to make weather more extreme and wildfires more frequent and destructive.