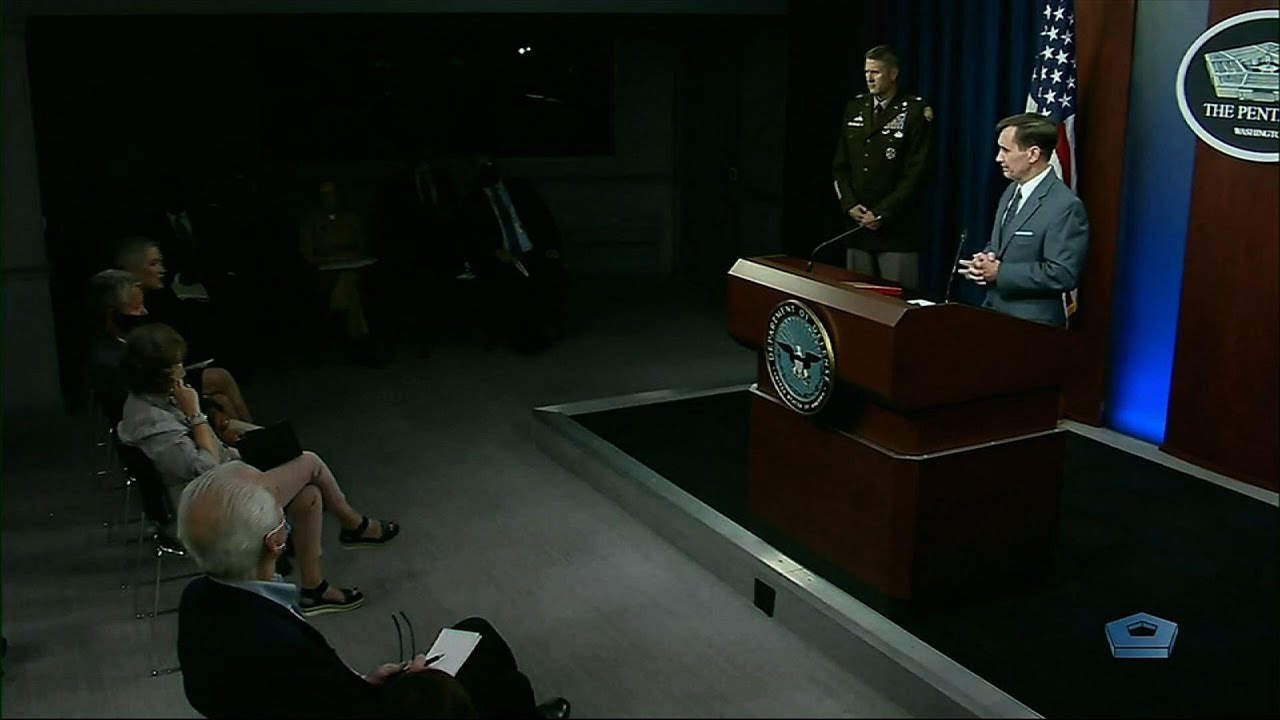 Washington — The U.S. military is coordinating with the Taliban while accelerating the airlift of Americans and Afghan allies from the Kabul airport, and also bringing in additional U.S. troops in a scramble to complete the evacuation in two weeks, Pentagon officials said Tuesday.

The disclosure by Pentagon spokesman John Kirby that U.S. commanders are speaking with Taliban commanders is an indication that the new rulers of Afghanistan, who swept to power after 20 years of war against the U.S.-supported Kabul government, will not interfere with the evacuation. Kirby would not discuss details of the Taliban arrangement.

“There are interactions multiple times a day” between U.S. and Taliban commanders, he said.

Overnight at the airport, nine Air Force C-17 transport planes arrived with equipment and about 1,000 troops, and seven C-17s took off with 700-800 civilian evacuees, including 165 Americans, Army Maj. Gen. William Taylor told a Pentagon news conference. The total included Afghans who have applied for Special Immigrant Visas and third-country nationals, he said.

The goal is to ramp up to one evacuation flight per hour by Wednesday, with potentially a total of 5,000 to 9,000 evacuees leaving per day, Taylor and Kirby said. Taylor said that more than 4,000 U.S. troops are now at the airport. That number is expected to top 6,000 in coming days, with airport security to be headed by an 82nd Airborne commander.

On Monday the airlift had been temporarily suspended when Afghans desperate to escape the country breeched security and rushed onto the tarmac. Seven people died in several incidents.

Kirby, said U.S. commanders at the airport are in direct communication with Taliban commanders outside the airport to avoid security incidents. He indicated this communication was in line with an arrangement made on Sunday by the head of U.S. Central Command, Gen. Frank McKenzie, when he met with Taliban leaders in Qatar and won agreement to “deconflict” forces and allow a safe U.S. evacuation.

Kirby said there have been no hostile actions by the Taliban, and that several hundred members of the now-defeated Afghan army are at the airport assisting in the evacuation.

He said U.S. forces plan to wrap up their oversight of the evacuation by Aug. 31, also the date President Joe Biden has set for officially ending the U.S. combat role in Afghanistan.

On Monday, a defiant Biden rejected blame for chaotic scenes of Afghans clinging to U.S. military planes in Kabul in a desperate bid to flee their home country after the Taliban's easy victory over an Afghan military that America and NATO allies had spent two decades trying to build.

Biden called the anguish of trapped Afghan civilians “gut-wrenching” and conceded the Taliban had achieved a much faster takeover of the country than his administration had expected. The U.S. rushed in troops to protect its own evacuating diplomats and others at the Kabul airport.

But the president expressed no second thoughts about his decision to stick by the U.S. commitment, formulated during the Trump administration, to end America's longest war, no matter what.

“I stand squarely behind my decision” to finally withdraw U.S. combat forces, Biden said, while acknowledging the Afghan collapse played out far more quickly than the most pessimistic public forecasts of his administration. “This did unfold more quickly than we anticipated," he said.

Despite declaring “the buck stops with me,” Biden placed almost all blame on Afghans for the shockingly rapid Taliban conquest.

His grim comments were his first in person to the world since the biggest foreign policy crisis of his still-young presidency. Emboldened by the U.S. withdrawal, Taliban fighters swept across the country last week and captured the capital, Kabul, on Sunday, sending U.S.-backed Afghan President Ashraf Ghani fleeing the country.

Biden said he had warned Ghani — who was appointed Afghanistan's president in a U.S.-negotiated agreement — to be prepared to fight a civil war with the Taliban after U.S. forces left. “They failed to do any of that,” he said.

At home, it all sparked sharp criticism, even from members of Biden’s own political party, who implored the White House to do more to rescue fleeing Afghans, especially those who had aided the two-decade American military effort.

“We didn’t need to be seeing the scenes that we’re seeing at Kabul airport with our Afghan friends climbing aboard C-17s,” said Rep. Jason Crow, a Colorado Democrat and Iraq and Afghanistan military veteran.

He said that is why he and others called for the evacuations to start months ago. “It could have been done deliberately and methodically,” Crow said. “And we think that that was a missed opportunity.”

Besides the life-and-death situation in Kabul, the timing of the crisis was unfortunate for Biden's domestic efforts at home. It could well weaken his political standing as he works to combat the COVID-19 pandemic and build congressional support for a $1.2 trillion infrastructure bill and an even larger expansion of the social safety net.

Still, the focus at home and abroad was on Kabul's airport, where thousands of Afghans trapped by the sudden Taliban takeover rushed the tarmac and clung to U.S. military planes deployed to fly out staffers of the U.S. Embassy, which shut down Sunday, and others.

At least seven people died in the chaos, including two who clung to the wheels of a C-17 and plunged to the tarmac as it flew away, and two others shot by U.S. forces. Americans said the men were armed but there was no evidence that they were Taliban.

Kirby said Tuesday during television interviews that plans were being made to house up to 22,000 evacuated Afghans and their families at three U.S. Army installations in the continental United States. Those locations are Camp McCoy, Wisconsin; Fort Bliss, Texas, and Fort Lee, Virginia.