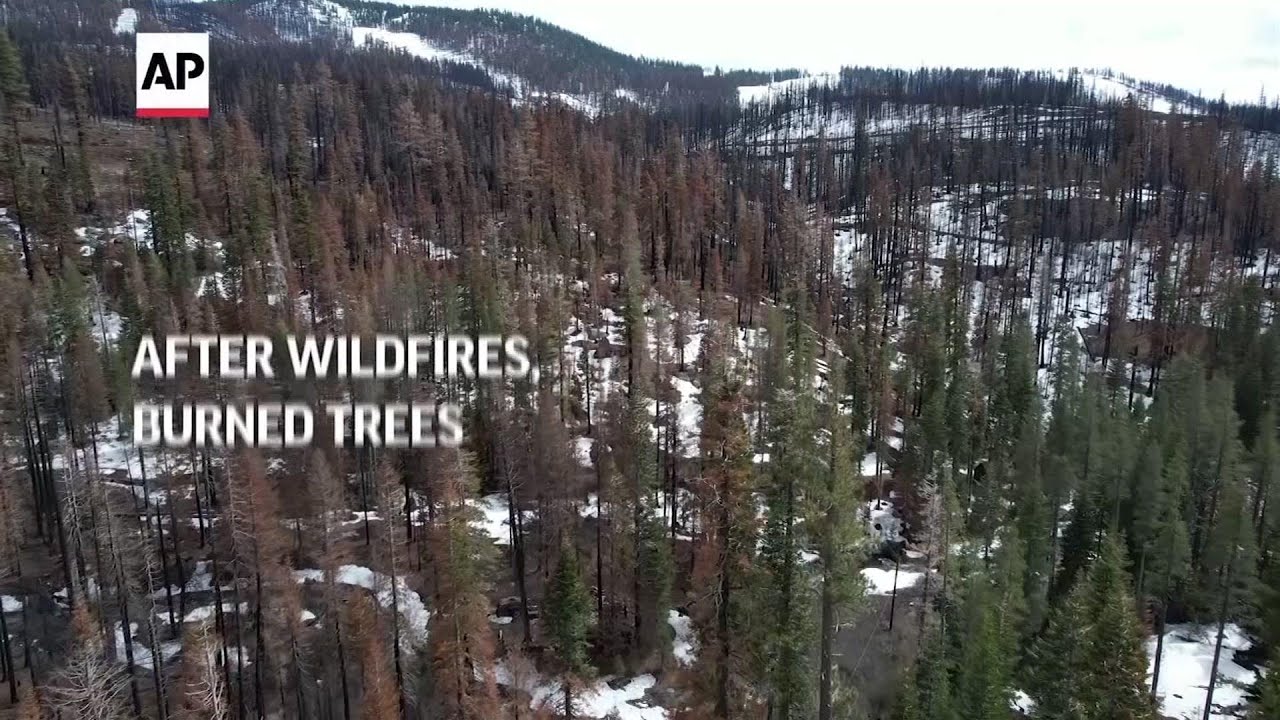 Twin Bridges, Calif. — In a California forest torched by wildfire last summer, researcher Anne Nolin examines a handful of the season's remaining snow, now darkened by black specks from the burned trees above.

Spring heat waves had already melted much of the year's limited snowfall across California and parts of the West when Nolin visited in early April. But she and her colleague are studying another factor that might've made the snow vanish faster in the central Sierra Nevada — the scorched trees, which no longer provide much shade and are shedding flecks of carbon.

The darkened snow is “primed to absorb all that sunlight” and melt faster, said Nolin, who researches snow at the University of Nevada, Reno.

As climate change fuels the spread of wildfires across the West, researchers want to know how the dual effect might disrupt water supplies. Communities often rely on melting snow in the spring to replenish reservoirs during dryer months. If snow melts earlier than normal, that would likely leave less water flowing in the summer when it’s most needed, Nolin said.

Multiple studies indicate that snow in a burned forest disappears up to several weeks sooner than snow in a healthy forest because of the lack of a shade canopy and carbon shedding from trees that intensifies the absorption of sunlight.

Water forecasting factors in variables including snow density, soil moisture and air temperature. Although dark accumulation on snow isn't widely measured, Tim Bardsley, a hydrologist with the National Weather Service, said it is a contributing factor to the timing of snowmelt and is worth considering incorporating into supply forecasting.

Dust, ash and soot similarly affect snow by causing it to absorb more light in what’s known as the “albedo effect.” But California officials are increasingly worried about carbon, which absorbs even more.

“It was like, OK, we really need to understand this. This is the new norm,” said David Rizzardo of California Department of Water Resources.

In some fire-damaged areas, state officials are beginning to map snow from planes with cameras that measure albedo and have plans to upgrade remote sensing stations as well.

Already, a warming climate is leading to earlier snowmelt and leaving places more vulnerable to wildfire, said Noah Molotch, who researches water and snow cycles at the University of Colorado, Boulder. A burned area “exacerbates the impact of drought” by leading to even dryer conditions in hotter months, he said.

Nolin and graduate student Arielle Koshkin hiked into the El Dorado National Forest for one of their final measuring trips earlier this month when the region typically has the most snow accumulation. Little remained when they arrived in part because of unusually hot temperatures this spring and a long streak of cloudless days.

Late-season storms have since blanketed the carbon-coated snow with several inches of fresh powder, which Nolin said could help slow the melt.

Meanwhile, the Caldor Fire that burned the area and more than 200,000 acres last year has left nearby communities scrambling over more immediate water worries.

About 40 miles southwest from where Nolin surveyed the snow, the town of Grizzly Flats is working to fix a water pipeline damaged in the fire. The pipeline diverts snowmelt into a reservoir but burned trees keep falling and puncturing it.

It’s not yet clear exactly how the charred trees might disrupt their future water supply. So far this year, water managers said runoff from snowmelt appears normal. But officials don’t know for sure since the gauges in the stream melted in the fire.

Jodi Lauther, general manager of the local water agency, said she's concerned about the fire's lasting effects. For now, she said, “we are in survival mode."