Ann Arbor — Scientists with the University of Michigan's health system are working behind the scenes to fight the coronavirus by feverishly developing a new COVID-19 test to speed care for patients across the state.

A team of Michigan Medicine microbiologists and laboratory technologists jumped into action Feb. 29, when the federal Food and Drug Administration relaxed regulations to allow hospitals, universities and commercial laboratories to develop their own tests.

The urgency is apparent as the state's number of COVID-19 cases surged over six days from the first two confirmed March 11 to 53 by late Sunday night. 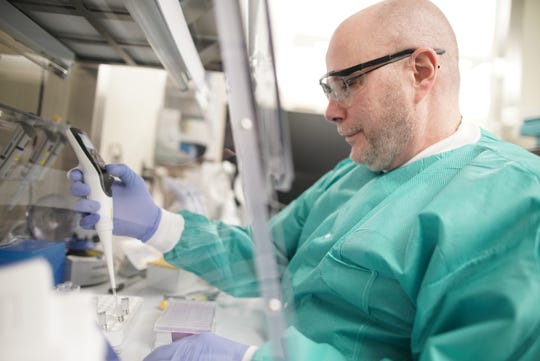 "At some point the burden within the state of Michigan is going to be so high that they’re not going to be able to support all the testing that needs to happen," said Duane Newton, director of the clinical microbiology laboratory in the Department of Pathology at Michigan Medicine.

Michigan has capacity to test about 1,000 people now after receiving more test kits from the federal Centers for Disease Control and Prevention and a private firm, state health department spokeswoman Lynn Sutfin said Monday. Michigan can run about 115 tests a day, meaning the state has a little over an eight-day supply.

"That’s why it's really important for us at Michigan, and other large hospitals that can do test development, to get tests up — so that we can do our own testing and don’t have to send the samples to the state," Newton said.

"In Iran and Italy, and Seattle for that matter, things percolated along, and then they exploded."

Developing a test is a complex process that involves everyone on the laboratory's 60-member team, as they've adjusted routines to support the effort. But having its own test would improve access to testing at Michigan Medicine's hospitals and outpatient clinics across the state.

State health department officials said the department has also been working with other institutions that want to develop their own tests, but wouldn't say which ones. Health systems and state universities contacted by The Detroit News didn't respond or said they are not developing a test.

Through late last week, all tests for COVID-19, the disease caused by the novel coronavirus, were processed by the the state health department's Bureau of Laboratories in Lansing using testing materials shipped throughout the country by the CDC in Atlanta.

As cases have mushroomed, state health officials said last week four commercial laboratories would start testing for COVID-19, but information isn't yet available on how many tests they're performing.

UM tests a 'matter of weeks'

Michigan Medicine's test could be ready in a "matter of weeks," though some FDA approvals will be required, Newton said.

As of Feb. 29, when the FDA released guidance for institutions to produce their own tests, the federal agency had approved tests developed by two laboratories in the country — the CDC's lab in Atlanta and the State of New York Public Health Department's laboratory.

Under the relaxed guidance, institutions that can exactly replicate those laboratories' assays can start testing patients almost immediately after a short validation process to check the accuracy of their tests. But more steps and FDA approvals are required if an institution is unable to exactly replicate what was done in Atlanta or New York — and that's the situation at Michigan.

"Not everybody has the same things. You’re using different kinds of equipment that can accomplish the same tasks, but according to the FDA that’s a deviation. We realized that, but we initiated a process anyway." 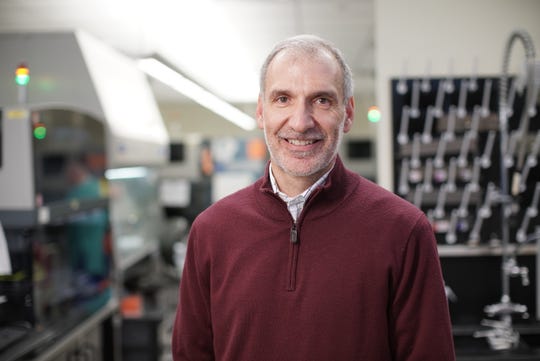 Duane Newton is director of the clinical microbiology laboratory in the Department of Pathology at Michigan Medicine, the University of Michigan health system. (Photo: Hunter Mitchell / Michigan Medicine)

Michigan Medicine's approach modifies the CDC's federally approved assay, Newton said. The UM team has submitted is plan to the FDA for review, but it isn't waiting for a response to continue with their work, he said.

"We’re still going through the process, and it will be within the next couple of weeks that everything will be completed with our validation, and then we’d have to submit the validation to the FDA," Newton said.

Unlike some diseases that are detected by growing the organism in the laboratory, detecting the novel coronavirus is more complicated.

Laboratory technicians extract strands of genetic material called RNA, or nucleic acids, from a sample of the patient's sputum and then identify its genetic signature to determine the presence of the virus.

"In this case, what we’re doing is actually detecting the genetic material of the virus in a patient sample — so we don’t have to wait for it to replicate in a lab," Newton said. "We’re doing a test that detects it potentially very quickly, and very sensitively, and very specifically.

"We have equipment that allows us to do the sample processing and the detection," Newton said. "We very specifically detect the RNA sequences of the virus."

Michigan and other states have struggled to get test kits from the CDC, which until as recently as last week was the sole provider of testing materials for most of the county.

Expanding Michigan's testing to four large commercial laboratories has constraints because the companies have a limited number of tests available. 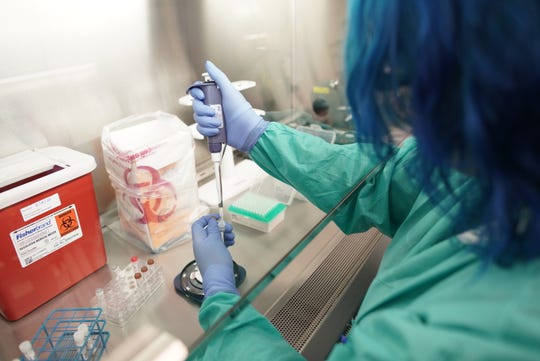 Until late last week, all tests have been processed by the state health department's Bureau of Laboratories in Lansing, using tests provided by the CDC — but that's been problematic.

The federal health agency sent Michigan one test kit on Feb. 8 with enough materials to test 140 people, but the tests were defective and couldn't be used. The CDC announced a work-around March 4 to make the tests usable.

When Michigan began testing, it had only enough materials to test 140 people until March 5, when a test kit arrived that doubled Michigan's testing capacity.

The state has ordered more kits and expects estimated delivery dates of mid-week and the end of the week for kits, Sutfin said.

"While initially our state laboratory could keep up with the capacity for testing in the state, we have been monitoring testing daily and expecting that to change as testing increases," Khaldun said during a Sunday update on the epidemic by Gov. Gretchen Whitmer.

"There is evidence of community spread, and our testing data does not give us the full picture of this disease in our community."

Feb. 8: Michigan receives one COVID-19 testing kit from the Centers for Disease Control and Prevention, with materials to test 140 individuals. The tests are defective and can't be used.

March 5: An additional kit arrives from the CDC, doubling the state's capacity to test patients.

March 14: Confirmed cases in Michigan jump to 33. Michigan State University  announces coronavirus case and cancels commencement. Oakland County orders all restaurants and entertainment venues to cut their occupancy in half.