Shelter in place? Whitmer says it's not under consideration

'At this juncture, no, there is nothing of the sort' involving an order keeping people in their homes, she says

Shelter in place? Whitmer says it's not under consideration

Gov. Gretchen Whitmer is blunt when asked whether she's considering a shelter-in-place order that might grind the rest of Michigan's economy to a halt.

“I am not," she said in an interview with The Detroit News. "I want to be very clear about that. I’ve gotten a lot of questions about that lately.” 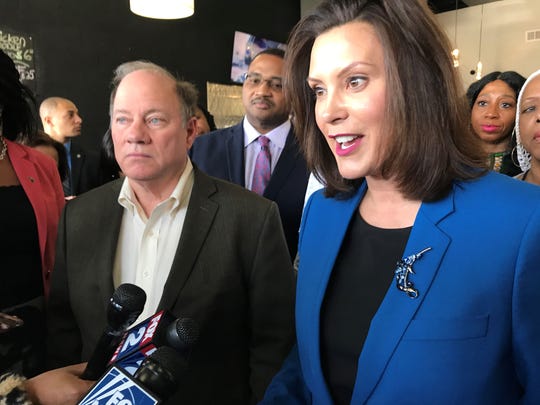 "People should look to see what we are doing from state government, from the executive office and from me personally and, at this juncture, no, there is nothing of the sort," she said.

Shelter orders, more typically used for a natural disaster or live-shooter incident, are being employed in the San Francisco Bay area, where residents are not allowed out of their homes except for essential needs. Only essential businesses are allowed to remain open.

Specific terms for such an order are typically determined by the governmental authority imposing them.

They've been a hot topic since Whitmer, a Democrat, moved to shut down gathering spots of more than 50 people, including bars, restaurants and related businesses. Separately, the Detroit Three automakers agreed to plant closures after pressure from the United Auto Workers union, whose membership was increasingly concerned about the threat of being infected with the coronavirus.

Michigan has more than 300 known cases and three deaths attributed to COVID-19.

The questions have become so numerous that state Sen. Majority Leader Mike Shirkey, a Republican, also weighed in, via Twitter, citing her interview with The News.

"During a crisis, false rumors can be dangerous," he wrote. "Rumors that Gov. Whitmer will soon shut down additional businesses or issue a 'shelter in place' order are absolutely inaccurate."