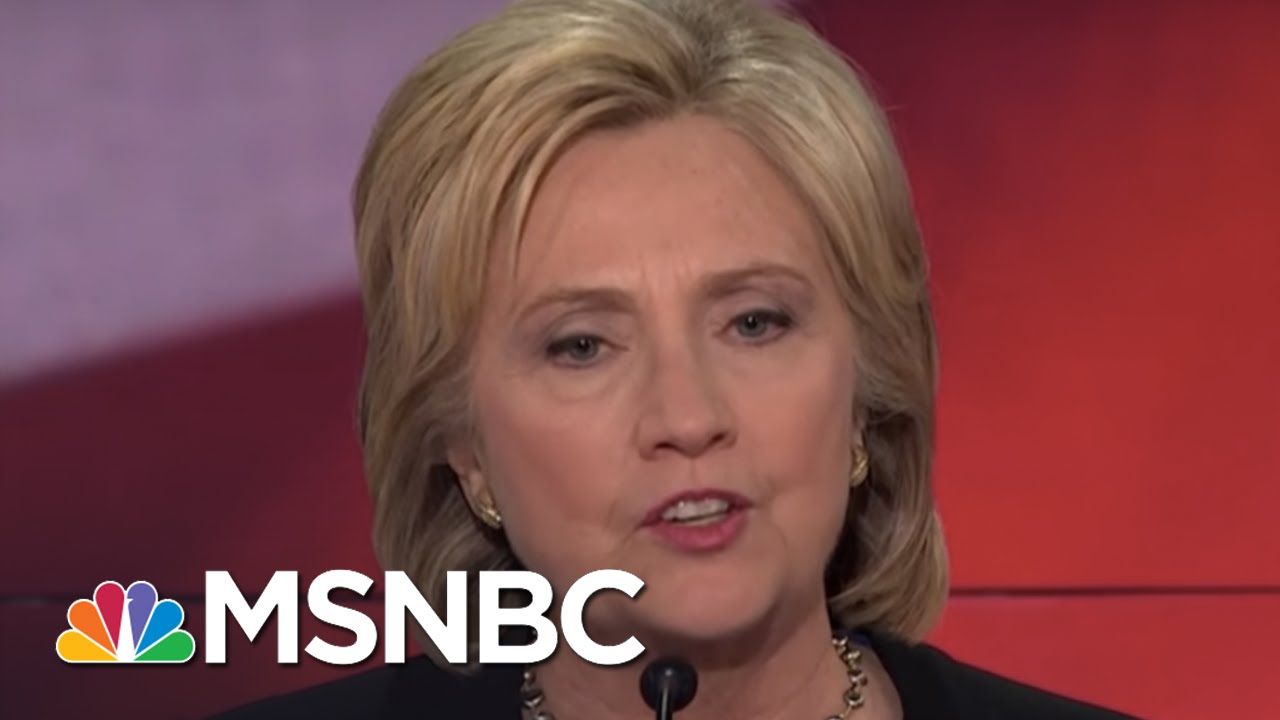 Clinton said she “spent a lot of time last week being outraged” by Flint’s lead-tainted water, which was caused by the city not treating its river water from April 2014 to October 2015 to prevent corrosion while Flint was under control of a Snyder-appointed emergency manager.

“And I think every American should be outraged,” Clinton said. “We have a city in the United States of America where the population, which is poor in many ways and majority African-American, has been drinking and bathing in lead-contaminated water.”

Michigan Gov. Rick Snyder “acted as though he didn’t really care” about the residents of Flint, Clinton said.

“He had requests for help that he basically stonewalled,” Clinton said on the debate stage in Charleston, South Carolina. “I’ll tell you what, if the kids in a rich suburb of Detroit had been drinking contaminated water and being bathed in it, there would have been action.”

Clinton sent two top campaign aides to Flint on Wednesday to meet with Mayor Karen Weaver, one day after she held a fundraiser at the Renaissance Center’s Marriott hotel in downtown Detroit.

Clinton suggested her appearance on “The Rachel Maddow Show” on MSNBC on Thursday evening prompted Snyder to seek an emergency declaration later that night from President Barack Obama.

“And then I went on a TV show and I said, ‘It’s outrageous that the governor hadn’t acted’ and within two hours he had,” Clinton said. “I want to be a president who takes care of the big problems and the problems that are affecting the people of our country every day.”

Snyder, a Republican, declared a state of emergency in Flint on Jan. 5, deployed the National Guard on Tuesday to help distribute water to Flint residents and requested federal aid late Thursday night. The Snyder administration also began working with the Federal Emergency Management Agency earlier in the week.

“We announced coordination with FEMA days before and were busy helping the people of Flint on Thursday, not watching political talk shows,” Snyder chief of staff Jarrod Agen said Sunday night in an email.

Obama declared a federal emergency Saturday in Flint, but the Federal Emergency Management Agency denied the governor’s request for $96 million in federal aid because Flint’s water contamination was a made-made disaster, not a natural one.

Sanders of Vermont repeated his demand for Snyder to resign that he issued Saturday.

“A man who acts that irresponsibly should not stay in power,” said Sanders, who has not campaigned in Michigan yet as a presidential candidate.

Sanders spoke exclusively Saturday with The Detroit News about his call for Snyder to resign from office, calling the governor’s repeated apologies “just not good enough.”

After the debate, Snyder said on his Twitter account that he’s focused on delivering “clean, safe water for residents of Flint,” noting the 27,000 cases of bottled water and more than 50,000 water filters that have been distributed in the past two weeks.