The bills would shield drug users from prosecution if they are seeking medical help for an overdose. 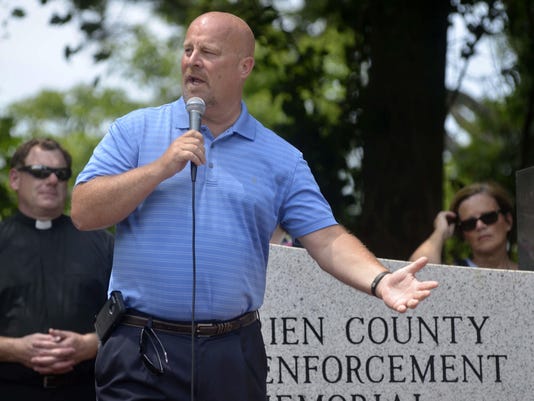 Lansing — A drug user who seeks medical help for an overdose or accompanies someone else who has overdosed would be shielded from prosecution under legislation heading to the desk of Gov. Rick Snyder.

That law was inspired by Mason Mizwicki, a 16-year-old from Watervliet in southwest Michigan who died of a methadone overdose at a party where other teens were afraid to call for help.

The new bills apply to all ages and controlled substances, prohibiting prosecution for drug use or possession, but individuals could still be prosecuted for other related crimes.

Pscholka said it took some time to get judges, law enforcement groups and prosecutors comfortable with the expanded legislation, which he called one of the most important bills of his nearly six-year tenure.

“Look, there’s only a handful of bills we vote on that are life and death, and this is one of them,” he said.

“Addiction has no age limitations,” Singh said in a statement. “Drug overdoses are at epidemic proportions in Michigan, and we must take steps to get people the help they need without fear of prosecution.”