Ads tout backing GOP candidates to stand up to Clinton

Ads tout backing GOP candidates to stand up to Clinton 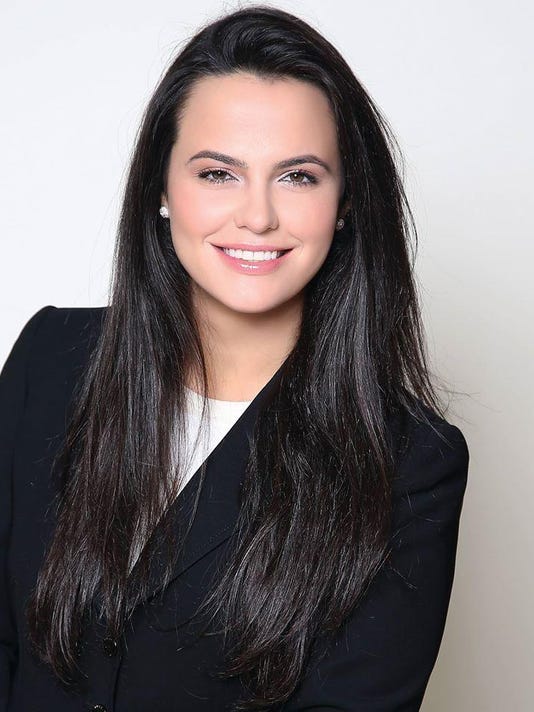 A group backing Republican House candidates in Michigan is running new ads depicting their Democratic opponents as similar to Hillary Clinton, as the former secretary of state continues to lead in presidential polls in Michigan.

For months, Republicans in Michigan have sought to tie the Democratic candidates to U.S. House Minority Leader Nancy Pelosi of California. Adding Clinton to recent ads acknowledges the growing possibility she may end up in the White House next year.

The American Action Network, National Republican Congressional Committee and U.S. Chamber of Commerce are also running ads in other states promising that down-ballot Republicans would stand up to a potential President Clinton or act as a “check” on her Washington agenda.

Susan J. Demas, editor and publisher of the Inside Michigan Politics newsletter, said the scenario is reminiscent of Republicans largely giving up on Sen. Bob Dole’s 1996 campaign against Democratic President Bill Clinton, choosing instead to focus on Congress.

“You saw the exact same language about – Don’t give Clinton a blank check, and be a check on power,” Demas said.

“Republicans, as far as these independent groups are concerned, are taking the same tack this election because it seems pretty clear that Trump is not going to win.”

A new ad by the American Action Network out Wednesday targets Democrat Suzanna Shkreli in Michigan’s 8th District, saying Shkreli would be a “rubber stamp” for “Washington insiders,” as images of Pelosi and Clinton appear on screen.

“Michigan’s middle class needs a check and balance against bad ideas from Washington – not another partisan hack,” the voice-over says.

“Mike Bishop and his special interest friends in Washington are doing everything they can to hide his continued support of Donald Trump, even in the aftermath Trump bragging about sexually assaulting women, insulting the Gold Star family of a fallen soldier, mocking a disabled reporter and questioning the legitimacy of the election,” said Brian Lenzmeier, Shkreli’s campaign manager.

The American Action Network, or AAN, is a sister organization to the Congressional Leadership Fund super political action committee, which is working to defend the Republican majority in Congress. The AAN is spending $1.7 million across three competitive congressional districts in Michigan, including $760,000 it plans to spend against Shkreli in TV and digital advertising in the Lansing and Detroit markets.

In another AAN ad – this one opposing Democrat Lon Johnson in northern Michigan’s 1st District – Johnson’s face slowly morphs into Clinton’s image. The voice-over says Johnson and Clinton are “two for one,” suggesting both candidates have taken money from special interests and would defend the Affordable Care Act, also known as Obamacare.

Ruth Guerra, AAN spokeswoman, said the ad spotlights how “a vote for Lon Johnson is a vote for Hillary Clinton.” The ad began airing in the Traverse City and Marquette markets Tuesday as part of AAN’s $650,000 campaign against Johnson.

Trump is popular in northern Michigan, so Johnson needs to outperform Clinton there to triumph against Republican political newcomer Jack Bergman, a retired Marine lieutenant general.

“This ad is an attempt to distract voters from the fact that Jack Bergman wants to privatize their Social Security, Medicare and VA benefits, and that he supports TPP,” Johnson spokeswoman Jen Eyer said.

Shkreli has attempted to link Bishop to Trump. A recent Shkreli ad replays a 2005 audio clip of Trump talking about how his celebrity allows him to grab and kiss women without consent. The ad then notes that Bishop “still” supports Trump.

While that’s true, the ad then replays a clip of Bishop calling Trump a “raw candidate” and “refreshing”; however, the radio interview aired last spring – many months before Trump’s 2005 comments became public in early October.

Bishop has said he was “disgusted” by Trump’s remarks from 2005 but has not withdrawn his endorsement.

Through Monday, Bishop’s campaign had aired an estimated $394,915 in broadcast ads, according to a Michigan Campaign Finance Network analysis of Kantar Media/CMAG data. Shkreli and the Democratic Congressional Campaign Committee were up to $655,051.

The Foundation for Accountability and Civic Trust, a conservative group in Washington, this week filed a legal complaint with the Federal Election Commission against the Shkreli campaign and 11 other Democratic candidates, which are jointly running ads with the DCCC tying GOP opponents to Trump.

The group alleges the DCCC and campaigns are illegally using a loophole to boost candidates’ advertising budgets with special-interest funding.

“Ms. Shkreli should stop this illegal scheme immediately and follow the law,” said Stu Sandler, spokesman for the Bishop campaign.

“Knowing full well the damage Donald Trump is causing to their poll numbers, House Republicans are desperately grasping at any opportunity to hide their support for him and his dangerous agenda,” Kelly said in a statement.