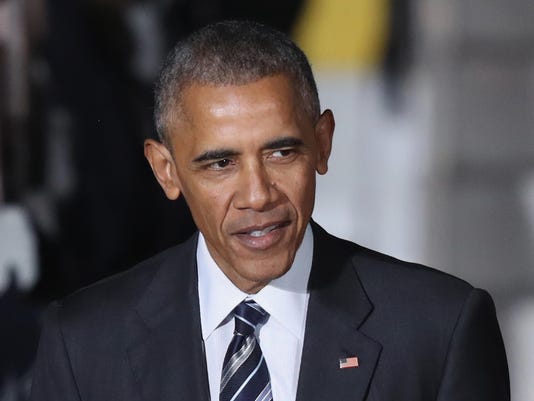 Former President Barack Obama marked the seventh anniversary Thursday of his signing of the Affordable Care Act with a defense of the law’s accomplishments as House Republicans prepare to vote on their own health-care bill rolling back key pieces of the 2010 measure.

"The reality is clear: America is stronger because of the Affordable Care Act," Obama said in a lengthy written statement pushing back on the GOP’s plans without explicitly addressing the vote House Speaker Paul Ryan has scheduled for later Thursday.

"Reality continues to discredit the false claim that this law is in a ‘death spiral,’ because while it’s true that some premiums have risen, the vast majority of marketplace enrollees have experienced no average premium hike at all," the former president said. "Likewise, this law is no ‘job-killer,’ because America’s businesses went on a record-breaking streak of job growth in the seven years since I signed it."

Ryan scheduled the vote on the GOP bill, the American Health Care Act, for the anniversary of Obama’s ACA signing in hopes of making a political statement rejecting Democrats’ biggest legislative achievement of the past decade. Instead, Thursday started with at least two dozen members of his conference saying they planned to vote against the bill. Both Republican House leaders and the White House worked late Wednesday and early Thursday to negotiate changes to draw more support.

Republicans see swift action to repeal and replace the ACA as the fulfillment of a key promise of their campaigns and say most Americans agree with them because their party won the presidency and control of both chambers of Congress.

Polling shows the country more divided. A Politico/Morning Consult survey released Wednesday found that 46 percent of Americans approve of the ACA while 44 percent disapprove. Other recent surveys have been less positive for the GOP. Four in 10 Americans polled by Monmouth University just before the House bill was unveiled earlier this month said they wanted to see the ACA repealed, but 51 percent of those surveyed said they wanted to see the law remain with improvements. Another 7 percent said they wanted it to stay in place without changes.

Obama acknowledged Thursday that changes to the ACA are necessary and encouraged Republicans to turn their attention there, rather than attempting to dismantle the system that Democrats built.

"There will always be work to do to reduce costs, stabilize markets, improve quality, and help the millions of Americans who remain uninsured in states that have so far refused to expand Medicaid," he said.

House Democratic Leader Nancy Pelosi of California said earlier this week that her caucus would be "all hands on deck" in fighting the Republican bill, though Democrats have largely stayed out of the public dialogue as the majority party struggles to get enough of its members on board. House Democrats hosted a pro-ACA rally on the steps of the Capitol on Wednesday, featuring former Vice President Joe Biden, who celebrated the bill for giving many Americans “peace of mind" about their health care.