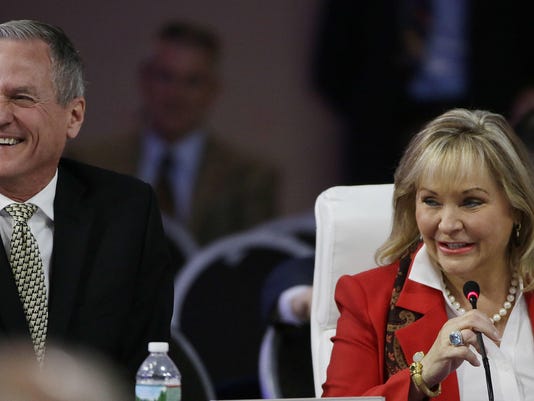 Providence, R.I. — The Trump administration is trying to get support from skeptical U.S. governors for a revised health care bill before the U.S. Senate.

U.S. Health and Human Services Secretary Tom Price and Centers for Medicare and Medicaid Services Administrator Seema Verma made their pitch Saturday morning during a closed-door meeting of the bipartisan National Governors Association.

Connecticut Gov. Dannel Malloy, chairman of the Democratic Governors Association, says the mood was “tense” and “there are a lot of Republican governors who apparently have a neck problem, because they were all looking down.”

Vice President Mike Pence also addressed the governors at the Rhode Island conference Friday and met several of them privately.

Wisconsin Republican Gov. Scott Walker says he talked with Pence but declined to say if he supports the bill.