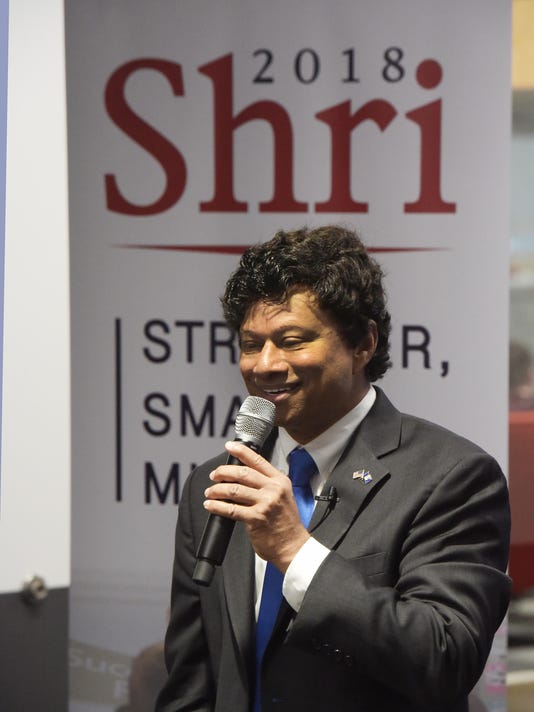 Lansing – Democratic gubernatorial hopeful Shri Thanedar said Tuesday he is bringing his communications team “in house” as he parts ways with two firms he had employed since launching his campaign in June.

Thanedar thanked the firms for their work but disputed their characterization of the split, calling it a campaign decision to “terminate the contract” following a 30-day extension through Friday.

The Thanedar campaign is headquartered in Ann Arbor, and he said it was “becoming difficult” to work with a communications team based in Grand Rapids.

“There’s so much going on now,” he said, suggesting that hiring internally “will facilitate a much faster response time and scalability as the campaign enters into a much faster pace.”

CEO Kim Bode said 8THIRTYFOUR enjoyed working with Thanedar and is “leaving the campaign on good terms.” But the team “believes the time has come to move on.”

Vanguard CEO TJ Bucholz, a Democratic consultant headquartered near the state Capitol, said neither firm has any immediate plans to work with other candidates running for governor in 2018.

“Our decision to leave the campaign has not come without significant discussion, but we believe all parties are better-suited to discontinue the relationship,” Bucholz said, noting the partnerships between the two firms will continue.

News of the pending split came on the same day as Thanedar began airing the first television ad of the 2018 gubernatorial campaign, an early strike by the Ann Arbor scientist and entrepreneur who has committed nearly $6 million of his own money to the race.

The ad is airing more than eight months before the Democratic primary, but the buy is limited in scope. It will cost the campaign $115,707, according to data compiled by Democratic consultant Josh Pugh of Grassroots Midwest.

Thanedar’s 30-second spot will air on multiple cable stations in the Detroit market through Dec. 20. It will also air in Lansing and Flint during Michigan State and University of Michigan football bowl games on Dec. 28 and Jan. 1.

The communications firm split will leave Thanedar’s campaign without a full-time spokesperson, but he said he recently hired three full-time staffers specializing in digital marketing, videography and media communications and plans to hire eight additional staffers for field operations.

The campaign is working to make “the right decisions about bringing the right people on board and should decide on a spokesperson by early next year,” said campaign manager Brian Spangle, who joined the Thanedar team in October.

Thanedar, a 62-year-old Indian-born American, has touted his personal success as the founder of Avomeen product testing and development lab in Ann Arbor.

He sold a majority stake in the company last year in a deal that netted him roughly $20 million, according to a federal lawsuit filed by the buyers, who allege Thanedar made “fraudulent and misleading” claims to inflate the value. He has denied the accusations.