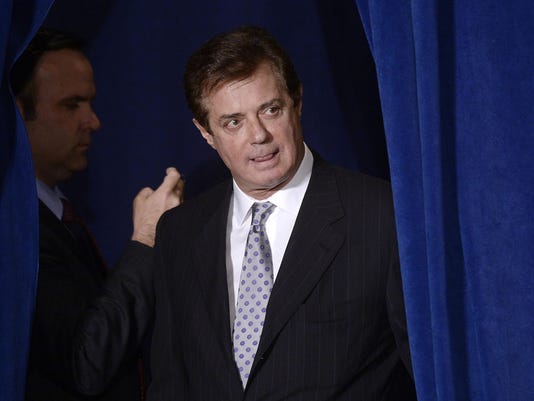 Washington – The judge overseeing the criminal case against two of the men charged in special counsel Robert Mueller’s Russia investigation chided lawyers Wednesday for the number of sealed filings and said she was eager to set a trial date.

Paul Manafort, the former campaign chairman for President Donald Trump, and his business associate Rick Gates were in federal court on Wednesday for a routine status conference. Both were indicted in October on charges stemming from foreign lobbying work in Ukraine.

U.S. District Judge Amy Berman Jackson said that while she understood the need to protect certain information, such as bank account numbers and names of family members, she thought the lawyers had been “overdoing it” with the amount of filings being made under seal and out of public view.

“The fact that this case is of significant public interest is not a reason to seal things,” the judge said. “It’s a reason to unseal things.”

Nonetheless, lawyers for each defendant met with Jackson behind closed doors on Wednesday.

Manafort and Gates, accused of money laundering conspiracy, false statements and other crimes, were part of the initial wave of charges revealed in Mueller’s investigation into potential coordination between the Trump campaign and Russia. Prosecutors revealed the indictment against the two men on the same day they unsealed a guilty plea from George Papadopoulos, a former Trump campaign aide, and have since reached a plea deal with former Trump national security adviser Michael Flynn.

At one point, Jackson appeared exasperated by the fact that no trial date has been set for Manafort and Gates, noting that they face serious charges and potentially years-long prison sentences.

The early status conferences in the case have been largely focused on both defendants’ requests to change the conditions of the home confinement imposed at their first court appearance.

Lawyers for Gates said in a court filing made public last week that they had “irreconcilable differences” with their client and have asked to withdraw from the case. The nature of those differences has not been publicly disclosed, and all lawyers in the case remain under a gag order.