Candidates for Michigan governor want to open up the office to public records requests. Will they follow through? 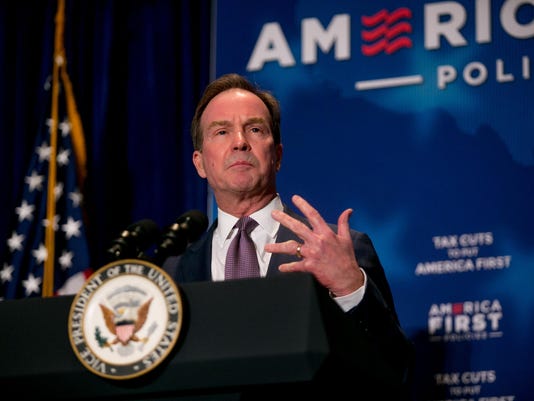 Lansing — All major party candidates competing to be Michigan’s next governor want to open the office to public records requests, a show of support that transparency advocates hope will help break a long-running legislative stalemate.

Michigan is one of two states that exempts both the governor’s office and state Legislature from its Freedom of Information Act, a contributing factor to the state’s failing grade on a 2015 government transparency report card, and efforts to expand the law have repeatedly failed.

But with calls to close exemptions coming from a slew of gubernatorial hopefuls, including early frontrunners like Republican Bill Schuette of Midland and Democrat Gretchen Whitmer of East Lansing, supporters see progress in the decades-old fight over the public’s right to know how their government operates.

“It’s extremely positive that all of them have committed,” said Jane Briggs-Bunting of the Michigan Coalition for Open Government. “Let’s hope whoever wins continues that commitment and that he or she has a bill to sign.”

Whitmer has proposed expanding the public disclosure law to include official email, correspondence and the governor’s calendar, because “citizens shouldn’t have to file lawsuits to see what their government is up to.” The former Senate minority leader sponsored a 2012 bill that would have subjected legislators to the law.

Schuette, now serving as attorney general, has said he’ll work to expand FOIA to both branches and create a legal team to “explore the release of any documents previously hidden from public view” by prior administrations.

State Sen. Pat Colbeck’s campaign said he supports expanding the Freedom of Information Act and noted the Canton Township Republican has a history of supporting open government, including sponsorship of a 2012 law requiring state agencies to publish spending plans online.

“Unlike the others, I have a record of transparency,” Colbeck said in a statement. “The newfound appreciation for transparency on behalf of other candidates is not supported by their records. In a phrase, it is campaign gimmickry.”

The public records law has not been a major issue in past gubernatorial races, said Lisa McGraw of the Michigan Press Association, but recent controversies and transparency concerns have elevated the issue for the general public.

The Flint water crisis was a poignant reminder the governor’s office is not subject to public records requests, she said, noting Gov. Rick Snyder did voluntarily release tens of thousands of related emails.

Accusations that former Reps. Todd Courser and Cindy Gamrat used taxpayer resources to hide their extramarital affair before resigning and being expelled have also spurred attempts to open the Legislature to records requests.

While journalists have long used the law to dig for public information, “it’s never really been the issue that it has become in the last few years,” McGraw said.

The Michigan House last year unanimously approved an 11-bill package that would subject the governor’s office to current law, with limited exceptions, and create a new Legislative Open Records Act for legislators.

But the proposal is going nowhere in the Senate, where Majority Leader Arlan Meekhof, R-West Olive, has made clear he does not intend to put it up for a vote and does not think it would have enough support for passage.

While Gov. Rick Snyder has not openly opposed the expansion legislation, advocates say more vocal support from candidates now vying to the be the next governor could encourage lawmakers to act in future years.

“If they’re going to make it a campaign issue and really press legislators, then yeah, I think it does matter,” said Jarrett Skorup with the free-market Mackinac Center for Public Policy.

The Mackinac Center in recent years has sued state departments and the University of Michigan for records that should have been made public under existing law. It also helped identify a “loophole” in current law that gives public bodies wiggle room to delay responses to records requests, Skorup said.

Asked about the issue by a GOP lawmaker, Schuette in December issued a formal opinion stating the law does not impose a specific time limit on governmental bodies to respond to public records requests. They should be “guided by” an estimate they first provide to a filer, the attorney general said, but public bodies are “not bound” by that time line.

The opinion frustrated open government advocates. But Schuette has said that, as governor, he would work with the Legislature to tighten public records fulfillment deadlines and determine the resources that are needed to do so.

Michigan earned an ‘F’ on a 2015 transparency report card prepared by the Center for Public Integrity, which ranked the state worst in the nation. It is also one of two states that does not require financial disclosure reports from legislators, a fact some gubernatorial candidates also say they want to change.

“One would hope in a day and age when it is so easy to provide information to the public only, which they can just click and see, that we would be much more open in Michigan than we are,” Briggs-Bunting said.

In sitting on legislation that would also open up the governor’s office to public records requests, Meekhof has argued there’s no need to do so for legislators.

The term-limited Republican has also warned that lobbyists could use the law to read his emails to advantage their clients and that political opponents could review his calendar for their own gain.

“He has not had a wholehearted change” since, spokeswoman Amber McCann said this week. “I don’t expect us to be doing anything with that this session.”

But supporters of the legislation contend the governor and state lawmakers should be held to the same transparency standards as local government officials, who must disclose certain documents under the Freedom of Information Act.

“I would hope that maybe with a change in the Senate we could see a little progress there” next session, McGraw said. “And if the executive office is supportive of it, that might be a push that would help.”