Trump’s decision to end the policy of separating families at the border came about thanks to an outcry, Clinton 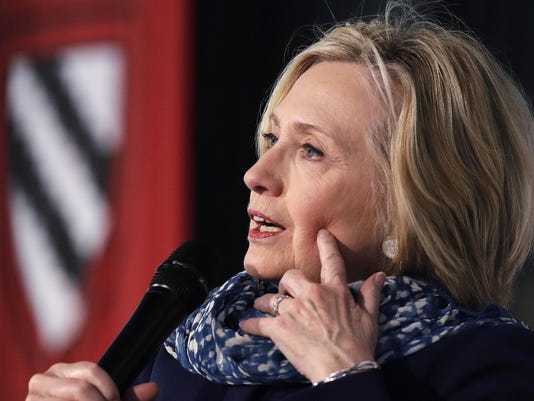 President Donald Trump’s decision to end the policy of separating families at the border came about thanks to outcry from across the country, Clinton said, though the fight is “far from over” as families are yet to be reunited.

“We are living through an era when fundamental human rights, civic virtue, even facts and reason are under assault like never before,” Clinton said in a speech at Trinity College Dublin on Friday. “We are in the midst of a global struggle between liberal democracy and a rising tide of illiberalism.

Russian interference in the 2016 US presidential election is a “clear and present danger to western democracy,” she said. “Vladimir Putin has positioned himself as the leader of an authoritarian, white supremacist, and xenophobic movement that wants to break up the EU, weaken America’s traditional values alliances and undermine democracy,”

The Trump administration is “set on waging war on the rule of law, undermining truth and reason” and “perpetrating shameless corruption.”

On Brexit, the U.K. vote to leave the EU should not be allowed to undermine peace in Northern Ireland, she said. “I continue to believe in the value of the European Union, and of a Europe that is whole, free and at peace.”