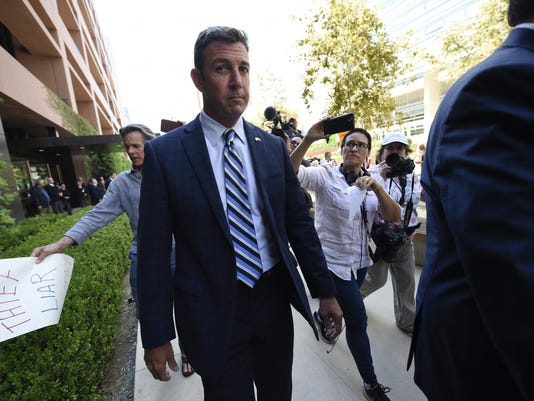 San Diego – Indicted Republican Rep. Duncan Hunter is suggesting that his wife is to blame for misuse of campaign funds after the couple was indicted on using up to $250,000 in campaign funds for trips, clothing purchases and school tuition.

Hunter in an interview with Fox News on Thursday after the couple pleaded not guilty to illegally using the campaign account for personal expenses said his campaign made mistakes and that his wife was his campaign manager.

Hunter had previously said a year ago that his campaign would stop paying his wife, Margaret, as the spending was investigated.

Hunter defended some of the spending, saying trips paid for with campaign funds were for fundraising.

Hunter and his wife arrived and left separately from federal court to enter their pleas.