House leadership says there's no precedent for Detroit City Council President Brenda Jones to hold seats in both Detroit and the U.S. Congress. 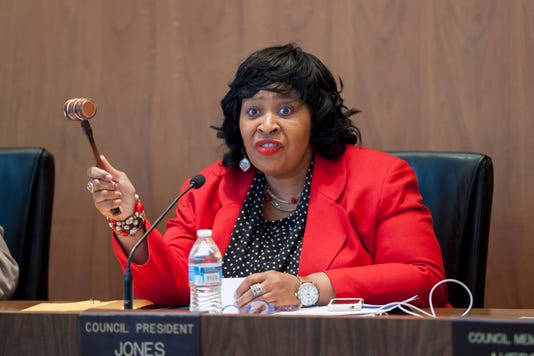 "There isn’t historical precedent for allowing the holding of two offices, but this is something we are evaluating," House Speaker Paul Ryan spokeswoman AshLee Strong told The Detroit News.

It means Jones' seating in Congress could be open to challenge if she aims to keep her City Council seat while serving a seven-week stint in the U.S. House of Representatives after the Nov. 6 midterm elections.

Jones, a Democrat, is expected to win the special general election for the unexpired term, as no Republican is on the ballot.

Her campaign did not respond Tuesday to a request for comment. Jones has not said whether she intends to resign her elected city post before taking office in Washington, saying last month she's consulting with experts.

Jones intends to serve in Washington, D.C., said Jonathan Kinloch, chairman of the 13th Congressional District Democratic Party. He doesn't expect her to resign her council seat for a few weeks in a "lame duck" Congress. 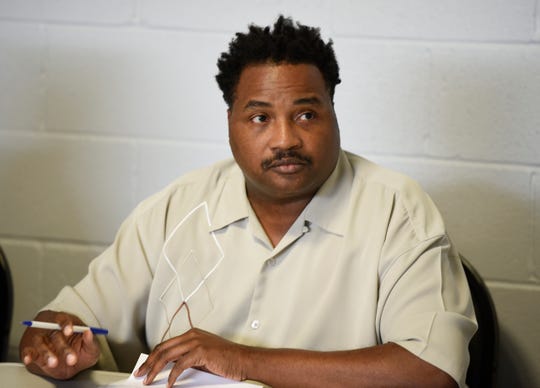 "That would just be so, so devastating for us to have gone through this primary election, have a nominee, and then the House refuses to seat Brenda Jones. That would be devastating and just a travesty," Kinloch said.

The seat has been vacant for nearly 11 months since Conyers resigned in December, he said.

A century of precedent

For more than a century, incoming House members have resigned from incompatible offices — such as the president of a city council — rather than force the House to litigate the issue, a senior House aide said.

If Jones moves forward with serving in both offices simultaneously, the aide said, any House member could object to her being sworn into office.

At that point, the House would need to determine how to decide the matter, likely adopting a resolution referring the matter to a committee for further consideration, the senior aide said.

Last month, Jones said she had asked the House Ethics Committee and other "establishments" whether she can serve simultaneously in both offices.

"I have reached out to several establishments to get another opinion," she said last month.

"Of course, I’m not going to say that it matters or doesn’t matter, but I do want to know everything before I make a decision.”

Detroit's Law Department has opined that neither state law nor the city charter prohibits Jones from serving in Congress while maintaining her council seat, noting that House rules don't explicitly prohibit it.

Kinloch said he sees no conflict of interest between the elected offices, in part because Detroit City Council is expected to be in recess when Jones would be serving in Congress in late November and December.

"She won’t have any official votes she’d be taking on the City Council then," he said.

"I hope the ruling by the House Ethics Committee is consistent with the city’s corporation counsel, and she’s able to serve those few weeks."

If the concern is over Jones' receiving compensation for both offices, she could waive her city salary during that time, Kinloch added.

The House Ethics Manual offers reasons why holding state and local office is discouraged, including the "full-time nature" of House membership and the "manifest inconsistency of the respective duties of the positions."

The Constitution doesn't prohibit House members from simultaneously holding state or local office, but the House has determined that "a high state office is incompatible with congressional membership," according to the manual.

The manual advises House members who are weighing dual office-holding to consult with the Ethics Committee, which has declined to comment on Jones' case.

House Speaker Paul Ryan of Wis., speaks to the National Press Club on Mondayin Washington. Ryan is delivering an upbeat assessment of the GOP’s accomplishments as he makes the case for his party in the November election. ( (Photo: Jacquelyn Martin / AP)

If Jones were headed to Washington to serve a full two-year term, the Ethics Committee would likely tell her she has to resign her City Council position based on House precedent, said attorney Rob Walker, former chief counsel and staff director of the Senate and House ethics committees.

“Given the short period of time that she’d be holding both offices, maybe the Ethics Committee will say you can go ahead and do it," said Walker, now of counsel at the firm Wiley Rein in Washington.

"I think it would be better that she not put them in that position, because it’s a precedent they’re not going to want hanging around for the future."

The committee would likely view the situation as a conflict of fiduciary obligations, even if Jones' constituencies arguably overlap, Walker said.

"They’re two different offices, and you’d be serving the people through two different institutions," he said. "And the interests may not always align.”

“I’m certainly not advising that as a course to be taken," Walker added.

The last time the House acted on a similar issue was in 1909 when the body vacated the seat of Republican Rep. George L. Lilley of Connecticut, who was sworn in as governor of Connecticut without resigning his House seat.

In Lilley's case, the Judiciary Committee determined that serving as governor and congressman to be incompatible and recommended vacating the office and removing Lilley's name from the clerk's rolls. The House later agreed to a resolution to that effect.

In the Senate, New York Attorney General Jacob Javits didn't show up to be sworn in with the rest of the senators in January 1957, waiting almost a week more before resigning his position as attorney general and taking the oath of office in the Senate. In that case, no one objected to his taking the oath.

Jones' term in the U.S. House is expected to start after the general election results are certified in mid-November, concluding Jan. 2, 2019.