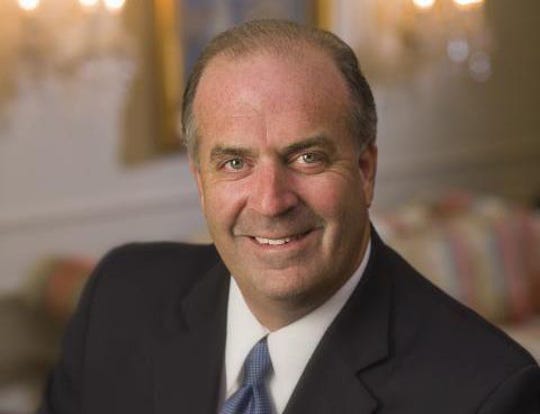 Washington — In a boost for Michigan’s clout on Capitol Hill, Democratic Reps. Dan Kildee and Brenda Lawrence have clinched plum committee assignments on the influential Ways and Means and Appropriations panels, respectively.

The appointment of Kildee of Flint Township to the tax-writing Ways and Means Committee ensures that Michigan retains a seat there after the retirement of Rep. Sander Levin, D-Royal Oak, who sat on the panel for three decades.

“We need to have a tax code that grows the middle class, fair trade deals that benefit workers and affordable health care for all Americans," said Kildee, who also serves as chief deputy whip for House Democrats.

"My position on the Ways and Means Committee means Michiganders will have a voice at the table as a new Democratic majority begins our work for the people."

Lawrence of Southfield will join one other Michigan member, Rep. John Moolenaar, R-Midland, serving on the House Appropriations Committee, which authorizes funding for most federal functions.

"I am privileged to have the opportunity to join my colleagues to support spending bills that put the American people first," Lawrence said.

“It is imperative that adequate funding is provided for our nation’s infrastructure, health care, child care, education, military and investment in our developing workforce. I am committed to fight, not only for the good of the American people, but also to fight against spending efforts that would harm American families, communities and businesses."

The appointments were announced late Wednesday by House Speaker Nancy Pelosi of California at the recommendation of the House Democratic Steering and Policy Committee.

Lawrence has previously served on the House Committee on Oversight and Reform, and Kildee on the Financial Services Committee.

Lawrence was also elected this week to be second vice chair of the Congressional Black Caucus.

Proud to join the leadership of the @OfficialCBC, the “Conscience of Congress” as the 2nd Vice Chair and work on behalf of African Americans and other marginalized communities in the United States. @RepKarenBass@KamalaHarris@RepEBJ@RepAdamspic.twitter.com/cI7I7GIkWY