Nessel signals shift in policy with dismissal of marijuana charges

Nessel signals shift in policy with dismissal of marijuana charges 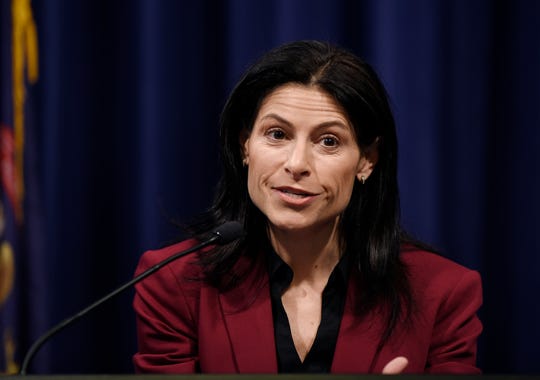 “Weak cases and changing laws” were cited as some of the reasons for the dismissals in two of the three marijuana cases pending in Nessel’s criminal division, according to a statement from her office. Those who had their charges dismissed were not “major players” in the cases or lacked sufficient evidence to prove their involvement, her office said.

Even remaining defendants in the three cases may be offered pleas to reduced charges so that Nessel’s office can focus on “truly bad actors,” Nessel said in a statement.

“Juries don’t want to convict people on charges concerning something that is now legal,” she said.

Nessel was a vocal advocate for marijuana legalization while on the campaign trail and received support from the cannabis community. After the November voter-approved legalization of marijuana, Nessel encouraged county prosecutors to stop pursuing misdemeanor possession cases.

After the election, then Gov.-elect Gretchen Whitmer said she would pursue executive action or legislation to free inmates and expunge criminal records for those convicted of marijuana crimes.

Among the charges dismissed were those against Mark and Terra Sochacki and Amanda Amsdill related to dispensaries James and Debra Amsdill ran in 2011 in St. Clair, Tuscola and Sanilac counties. The Sochackis were employees of the Amsdills.

The charges against James and Debra Amsdill were not dismissed, but could be reduced in the future.

"This is certainly a step in the right direction for Michigan and for the Attorney General’s office in Michigan," Tylenda said. "I don’t think there was any dispute that the previous attorney general loved to overcharge marijuana issues.”

The Sochackis also were relieved by the decision, but are in some ways "broken" by the long legal process, said the couple's lawyer Michael Komorn.

"Its been devastating to them," Komorn said. "They’ve gone through a lot."

Mark Sochacki currently is serving a prison sentence for 2017 assault and robbery charges in St. Clair County, according to online Michigan Department of Corrections records.

Noelle Lathers, who had been charged with delivery/manufacture of marijuana, also had her charges dismissed from circuit courts in Hillsdale and Jackson counties.

Defendants in a third case involving charges in circuit courts in Genesee and Livingston counties may be offered a plea deal to reduced charges.