Barr to Congress: Expect version of Mueller report by mid-April

Barr to Congress: Expect version of Mueller report by mid-April 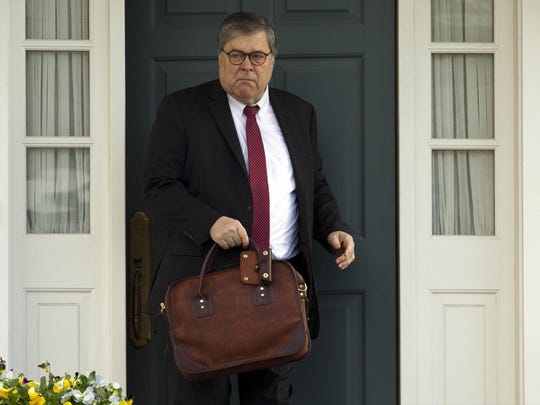 The attorney general sent a letter Friday to Sen. Lindsey Graham and Rep. Jerrold Nadler, the chairmen of the Senate and House Judiciary Committees.

Barr says he wants the public to be able to read Mueller’s findings. He says Mueller’s report is nearly 400 pages long.

Barr’s summary of Mueller’s report said it didn’t find a criminal conspiracy between Russia and Donald Trump’s campaign to swing the 2016 presidential election.

Mueller reached no conclusion about whether Trump sought to obstruct the investigation. But Barr said he and Deputy Attorney General Rod Rosenstein determined there was insufficient evidence to conclude Trump obstructed justice.

Democrats have been intensifying their demands for Robert Mueller’s full report after President Donald Trump boasted of total exoneration based on a four-page summary by his attorney general.

House Judiciary Chairman Jerrold Nadler was told by Barr that there’s no intention of giving the confidential report to Congress immediately as he redacts grand jury testimony and other elements.

Democrats say they may subpoena the report if it’s not forthcoming by their Tuesday deadline, which Barr has said will not be met.

When Barr releases the report, several publishers will be ready to put it out in book form.

Melville House, Skyhorse Publishing and Scribner, in conjunction with The Washington Post, are among those with editions planned. Government reports are not copyrighted and can be published by anyone. As with previous releases such as “The 9-11 Commission Report,” the Mueller findings also will likely be available for free from a government web site.

More: Congress could get Mueller report in April, Graham says