Trump arrived in Minneapolis, Monday, and headed to a trucking company to host a roundtable discussion on the economy 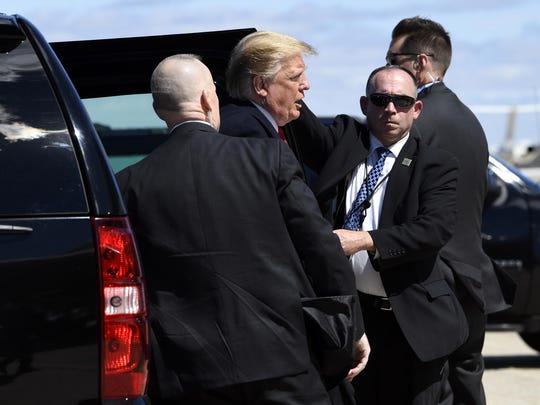 President Donald Trump gets out of his vehicle as he heads to board Air Force One at Andrews Air Force Base, Md., Monday, April 15, 2019. Trump is heading to Minnesota for an event on tax day. (Photo: Susan Walsh / AP)

Trump arrived in Minneapolis on Monday and was headed to a trucking company in the suburb of Burnsville to host a roundtable discussion on the economy.

The president says the economy is doing well. He also says a package of corporate and individual tax cuts he signed into law in 2017 are “working very, very well.”

Trump narrowly lost Minnesota to Democrat Hillary Clinton in 2016 but hopes to claim victory here in 2020.