Meet the Democratic candidates for president

Twenty candidates have declared they are off and running

Meet the Democratic candidates for president

With the entrance of former Vice President Joe Biden into the 2020 Democratic presidential contest on Thursday, the field is largely set, with all the big names included.

The sprawling Democratic field features candidates ranging from 37 to 77 years old; liberals and moderates; senators, governors and mayors; and an unprecedented number of women and minorities. Democrats view the upcoming election as a must-win, and they’re looking to nominate someone who is their best hope to beat President Donald Trump.

Beyond any rallies or campaign stops individual candidates schedule in Michigan, voters will have a chance to see the candidates on stage.

Democrats announced in early April that their second presidential primary debate will be held in Detroit in late July.

The Democratic National Committee said the debate among Democratic candidates will be broadcast live in prime-time on CNN over two nights, July 30 and 31, though the debate lineups remain unclear.

The DNC has planned its first debate for Miami in June, also over two consecutive nights. 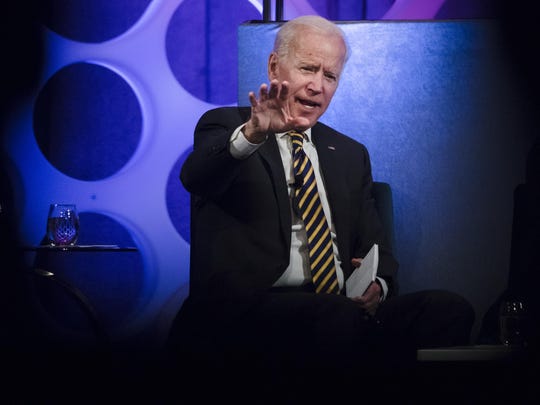 Biggest strength: He’s well-known nationally and popular in some places Democrats have lost recently, such as working-class swing states Wisconsin, Michigan and Pennsylvania, his birthplace.

Biggest weakness: Biden would be the oldest person ever elected president, with a nearly five-decade record for opponents to comb through, at a time many in his party are clamoring for a new generation to take the reins. The notoriously chatty former senator also tends to commit verbal gaffes and faced recent accusations by some women of uninvited, though nonsexual, touching. 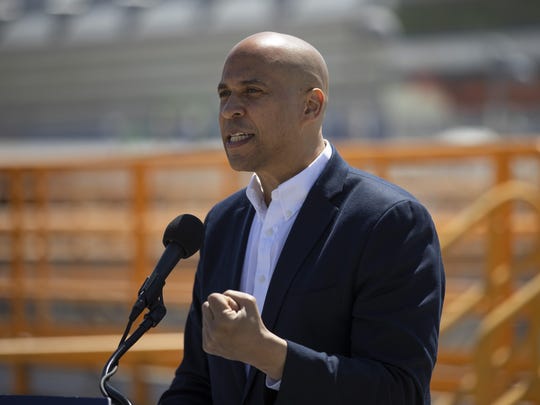 Best known for: Serving as mayor of Newark and, currently, U.S. senator from New Jersey. He made headlines last year during his self-proclaimed “‘I am Spartacus’ moment” as he flouted Senate rules against disclosing confidential documents during Brett Kavanaugh’s Supreme Court confirmation fight.

Biggest strength: His optimistic, unity-first attitude could resonate at a time of deep political divisions.

Best known for: Serving as mayor of South Bend, Indiana, and being a former Naval intelligence officer.

Biggest strength: He’s won over voters and many skeptics with his intelligence and an articulate yet plain-spoken speaking style. He’s also shown an ability to inspire voters of different ages with a message of hope and “a new generation of leadership” and has been able to raise millions more than many of his Democratic rivals.

Biggest weakness: His youth and lack of political experience – his only public office has been leading the community of about 100,000 people – will give some voters pause. He also will need to ramp up his campaign operations and do more to appeal to minority voters in order to maintain his early momentum. 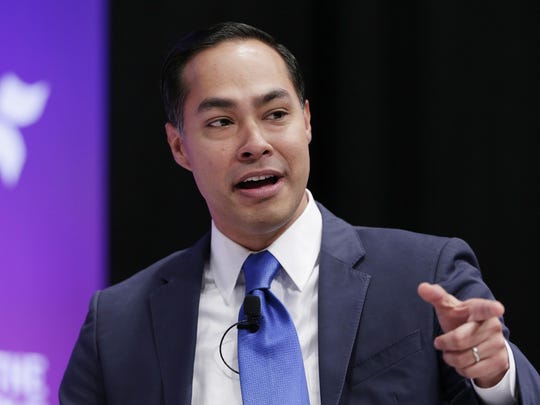 Best Known for: Serving as Health and Human Services secretary during President Barack Obama’s second term and as the mayor of San Antonio, Texas, for five years.

Biggest strength: His youthfulness and status as the only Latino in the race could help him win the votes of Democrats looking for a new face of their party.

Biggest weakness: His fundraising lags well behind other contenders.

Best known for: Being a former congressman from Maryland.

Biggest strength: He has rolled out a rural-focus policy that includes proposals to strengthen family farmers and rural infrastructure, a plan that could play well in the battleground Rust Belt states won by Trump. 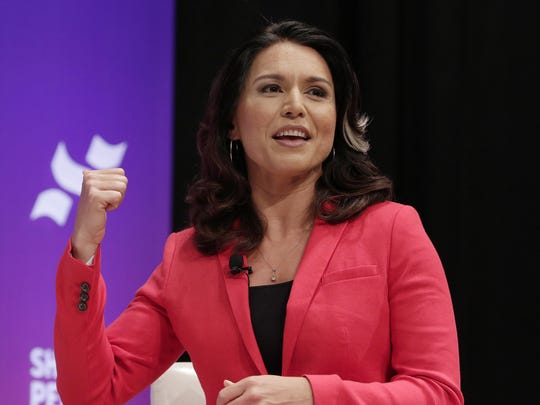 Best known for: Serving as a U.S. representative for Hawaii; the first American Samoan and first Hindu to be elected to Congress.

Biggest strength: Her military service in Iraq and Kuwait with the Hawaii National Guard.

Biggest weakness: She has been criticized for traveling to Syria in 2017 to meet with Syrian President Bashar Assad, who has been accused of war crimes and even genocide. She was also forced to apologize for her past work advocating against gay rights.

Best known for: The senator from New York is one of her chamber’s most vocal members on issues of sexual harassment, military sexual assault, equal pay for women and family leave.

Biggest strength: Not being afraid to defy her own party in the #MeToo era, calling early for Democratic Sen. Al Franken’s resignation over sexual misconduct allegations and saying Bill Clinton should have voluntary left the presidency over an affair with intern Monica Lewinsky.

Biggest weakness: Sluggish campaign fundraising in the wake of some unpleasant #MeToo headlines of her own, with Gillibrand acknowledging there were “post-investigation human errors” made when her Senate office investigated allegations of sexual misconduct against various staffers. 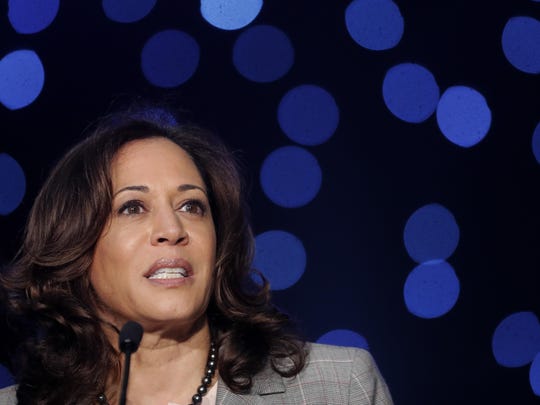 Best known for: The former California attorney general is now the junior U.S. senator from California, known for her rigorous questioning of Trump’s nominees.

Biggest strength: As the one black woman in the race, she’s able to tap into networks like historically black colleges and universities and her Alpha Kappa Alpha sorority that haven’t been fully realized before.

Biggest weakness: Her prosecutorial record has come under scrutiny amid a push for criminal justice reform. 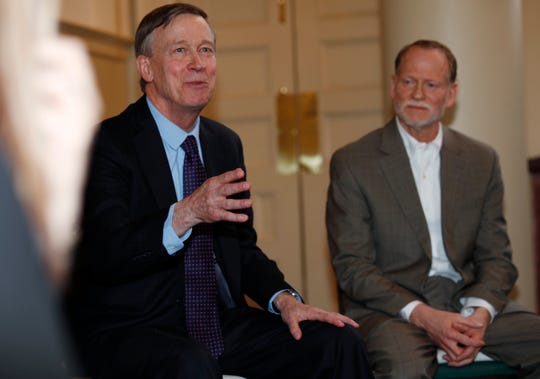 Best known for: Being a quirky brewpub owner who became a politician late in life, rising to governor of Colorado.

Biggest strength: An unorthodox political persona and successful electoral track record in a swing state. He’s one of the few governors in a race heavy with senators and D.C. stalwarts.

Biggest weakness: He’s previously joked that he was too centrist to win the Democratic nomination. As governor he disappointed some environmentalists by not regulating the energy industry more. He’s another white male baby boomer in a party filled with younger and more diverse candidates that better reflect its base. 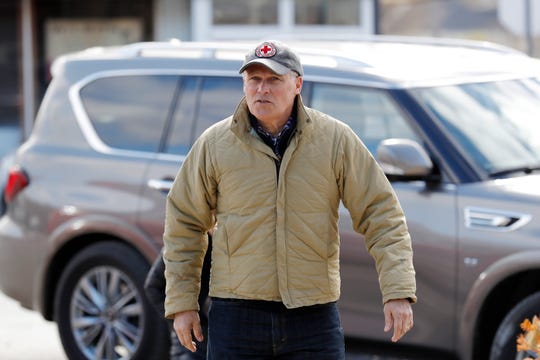 Best known for: Being governor of Washington state and a former congressman.

Biggest strength: His campaign emphasis is on combating climate change, which he frames as an economic opportunity in addition to a moral imperative.

Biggest weakness: He risks being labeled a one-issue candidate. 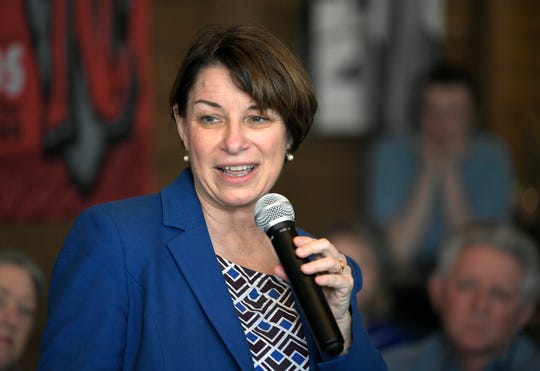 Best known for: The three-term Minnesota senator raised her national profile during a Senate committee hearing for Supreme Court nominee Brett Kavanaugh when she asked him whether he had ever had so much to drink that he didn’t remember what happened. He replied, “Have you?”

Biggest strength: She’s known as a pragmatic lawmaker willing to work with Republicans to get things done, a quality that’s helped her win across Minnesota, including in rural areas that supported Trump in 2016. She says her Midwestern sensibilities would help Democrats reclaim critical battlegrounds like Wisconsin and Michigan.

Biggest weakness: Her pragmatism may work against her in a primary, as Democratic voters increasingly embrace more liberal policies and positions. There have also been news reports that she has mistreated staff. 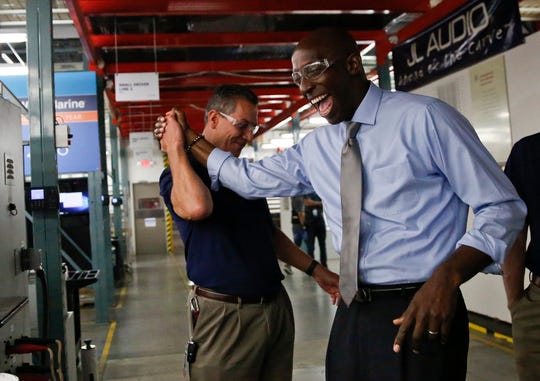 Best known for: Serving as the mayor of Miramar, Florida, and playing on the Florida State University Seminoles’ 1993 national championship football team.

Biggest strength: He touts his mayoral experience balancing government regulations needed to protect the environment while allowing room for companies to prosper. 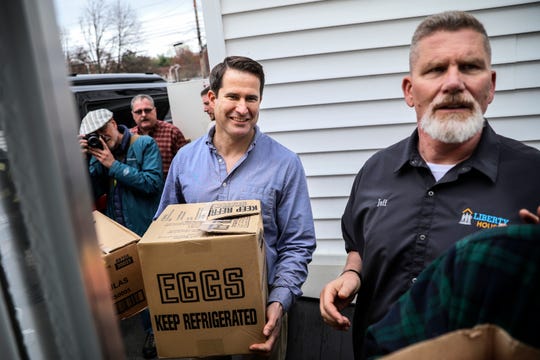 Best known for: The Massachusetts congressman and Iraq War veteran gained national attention for helping lead an effort within the party to reject Nancy Pelosi as House speaker after Democrats regained control of the chamber.

Biggest strength: A do-it-yourself campaign style that packs lots of travel and multiple events into long days and encourages off-the-cuff discussions with voters that still allow O’Rourke to talk up his days as a onetime punk rock guitarist and his love for his home on the U.S.-Mexico border. 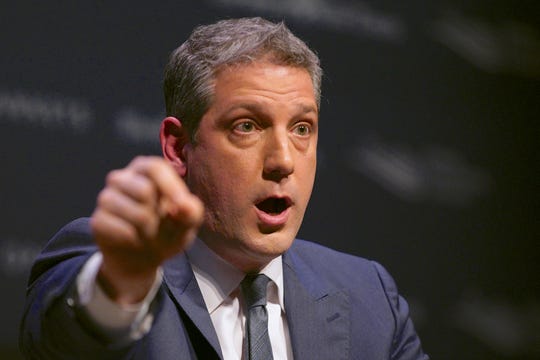 Best known for: The Ohio congressman made an unsuccessful bid to replace Nancy Pelosi as House Democratic leader in 2016.

Biggest strength: Ryan has touted himself as a candidate who can bridge Democrats’ progressive and working-class wings to win the White House.

Best known for: A 2016 presidential primary campaign against Hillary Clinton that laid the groundwork for the leftward lurch that has dominated Democratic politics in the Trump era.

Biggest strength: The Vermont senator, who identifies himself as a democratic socialist, generated progressive energy that fueled his insurgent 2016 campaign and the best fundraising numbers of any Democrat so far.

Biggest weakness: Expanding his appeal beyond his largely white base of supporters. 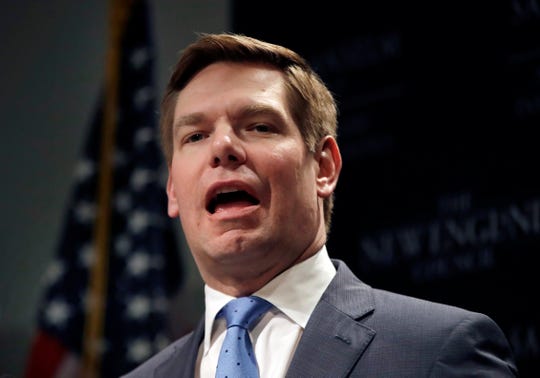 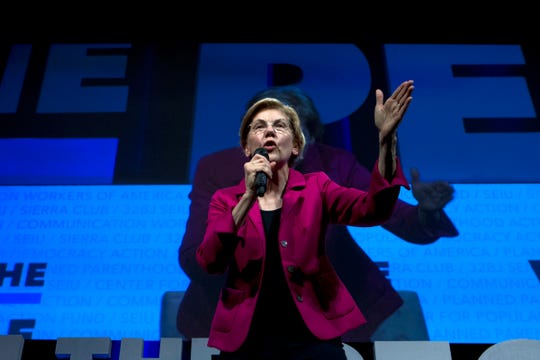 Best known for: The senator from Massachusetts and former Harvard University law professor whose calls for greater consumer protections led to the creation of the Consumer Financial Protection Bureau under then-President Barack Obama.

Biggest weakness: She is viewed as one of the most liberal candidates in the Democratic field, which could hurt her chances among moderates. Her policy-heavy approach also risks alienating voters at a time when other candidates are appealing to hearts as much as to minds.

Biggest strength: Outsider who could draw interest from voters who are fans of her books. 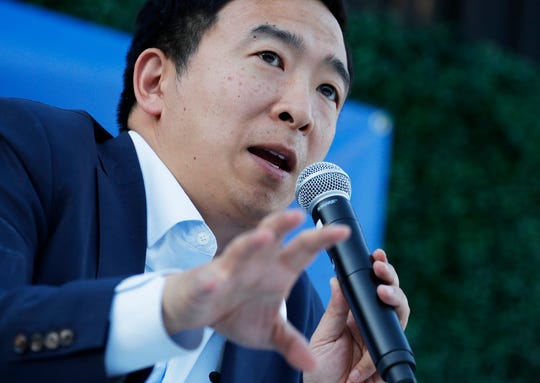 Best known for: Entrepreneur who has generated buzz with his signature proposal for universal basic income to give every American $1,000 a month, no strings attached.