House Republicans cautioned against introducing sweeping mandates to environmental statutes while research on the toxic compounds is incomplete. 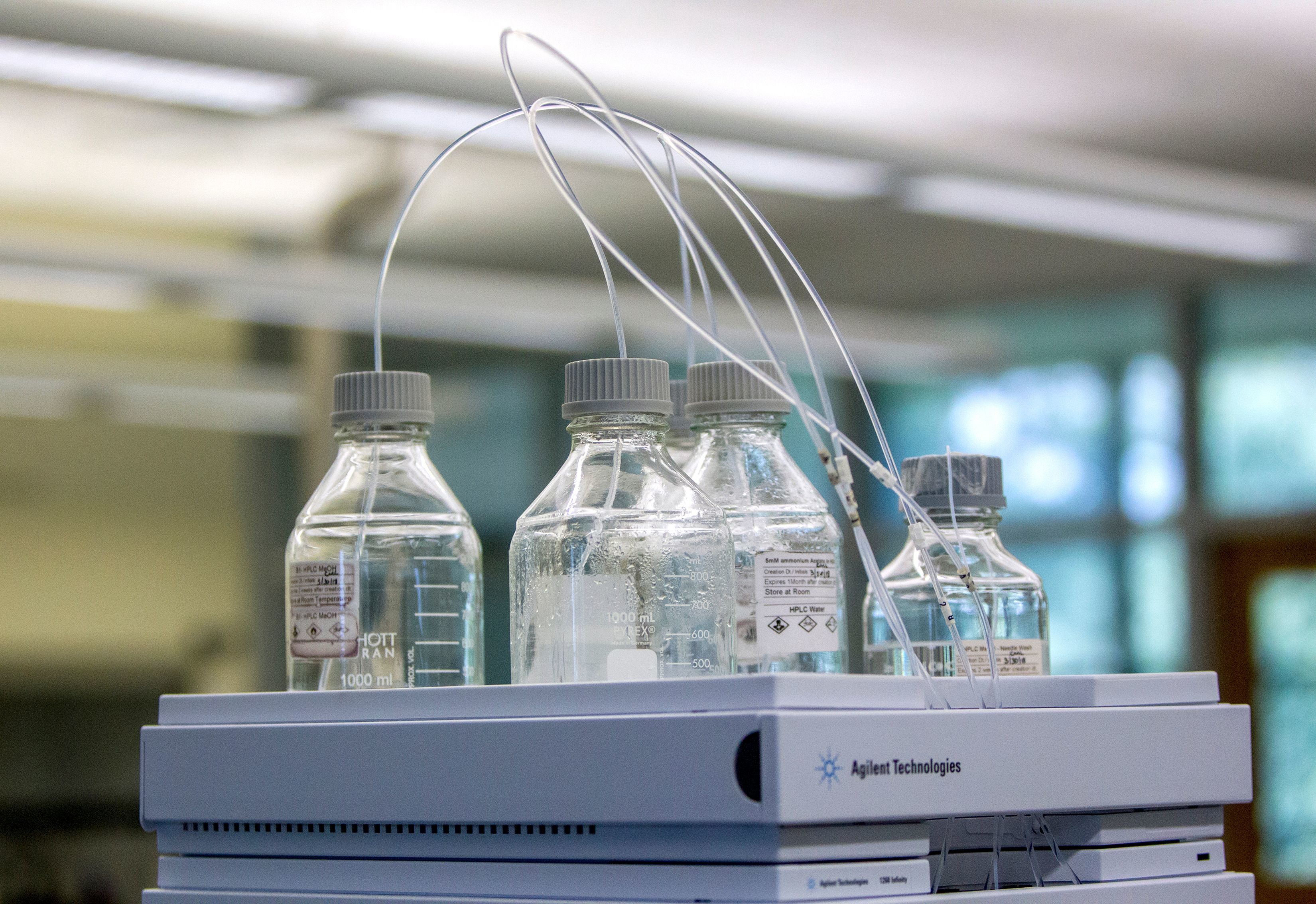 Washington — House Democrats criticized federal regulators' response to the PFAS crisis as "inadequate" Wednesday, while Republicans cautioned against making sweeping changes to environmental statutes while research on the toxic compounds is incomplete.

The lawmakers convened for a hearing on 13 bills related to contamination by toxic fluorinated chemicals that has affected hundreds of communities in Michigan and other states.

"They'll keep showing up in our drinking water sources if we continue to produce and use thousands of different PFAS chemicals," said Rep. Frank Pallone, a New Jersey Democrat who chairs the Energy and Commerce Committee.

"We need to stop the effects of pollution at the source — contain the pollution before it spreads further and get it out of our air, soil and drinking water, and we don't have a lot of time."

Illinois Rep. John Shimkus, the ranking Republican on the panel's environment subcommittee, urged Democrats to bring in experts from the Environmental Protection Agency to weigh in on the proposed bills, as no EPA witnesses were part of Wednesday's hearing.

"I’m sympathetic to my colleagues whose communities want urgent action to address PFAS. I also am not a fan of rushing to install broad-based major changes to federal law at a time when high levels of anxiety exceed what we know," Shimkus said.

"This does not mean ‘do nothing.’ Rather, I believe we should not make shortcuts in the law while EPA is taking steps based on solid scientific data to make regulatory decisions."

He added the federal government already has imminent hazard authority to take immediate action in response to urgent problems.

"This is not a 'no' on these bills or a delay tactic. Just give me a little more time," Shimkus said.

PFAS refers to a class of nearly 5,000 chemicals known as per- and polyfluoroalkyl substances that have been used for decades to produce firefighting foam, furniture, paper packaging for food and make cookware resistant to water, grease or stains.

The chemicals are linked to health effects including certain cancers and damage to liver and immunity functions, developmental impacts on fetuses, as well as cognitive and behavioral effects in exposed children.

Dr. Jamie DeWitt of the Brody School of Medicine at East Carolina University's Department of Pharmacology & Toxicology told lawmakers these health effects are being seen at levels lower than the federal health advisory level of 70 parts per trillion set in 2016.

She offered some hope, noting that after the voluntary removal of two well-known compounds, PFOA and PFOS, levels decreased in the environment and in human bodies.

"It is not too late," DeWitt said. "But since that time, replacement PFAS have increased in production. We need to learn more about these replacement compounds and ask ourselves, 'Are these essential for the public good?'"

State officials in Michigan testing for PFAS and detected high levels at 49 sites so far.

A recent report by the Environmental Working Group found Michigan has 192 PFAS sites — the highest in the nation —  when including locations such as schools or apartment buildings where testing found levels of PFAS at times well below 70 ppt.

"Michigan is ground zero for PFAS sites, but it's because we are looking at it and addressing it, which many other states are not," said Rep. Debbie Dingell, D-Dearborn.

Michigan has been hit hard by PFAS.

It’s in our drinking water, rivers, and ponds. Yes, Michigan is ground zero for PFAS sites but that’s only because we’re looking for it.

Today’s hearing was a major first step toward stopping PFAS contamination and safeguarding the public. pic.twitter.com/f8GibXgLox

"Each of these bills we're considering today, most with bipartisan support, are meaningful solutions that Congress must move forward on now."

Brian Steglitz, manager of water treatment services for Ann Arbor, asked Congress to require more effective controls on the watershed level to ensure PFAS chemicals are not allowed to enter water supplies. He also wants polluters to be forced to cover the costs of abatement.

Steglitz said Ann Arbor first detected PFAS in its drinking water in 2014 and has invested about $850,000 to replace filters with a new type of granular activated carbon media to improve removal of PFAS compounds from source waters.

"Removing these chemicals at the end of the pipe is not the most cost-effective approach. The best way to address these contaminants is at their source," he said Wednesday.

Steglitz noted Michigan is developing drinking water standards for an unspecified number of PFAS compounds in the absence of enforceable federal standards.

"My understanding is that EPA Region 5 is engaged with this, but Michigan is really taking the leadership," Stegliz said.

"They are moving forward with this because of all the testing and analytical work that's been done in Michigan to identify sources of PFAS contamination — so not waiting for EPA and moving forward on their own because of the demand from residents of Michigan."

Erik D. Olson of the Natural Resources Defense Council urged lawmakers to require comprehensive monitoring of drinking water, as Michigan has done, and to tackle the problem as a class because of the chemicals shared properties.

He supported bills to phase out existing PFAS use and prohibit bringing PFAS alternatives or uses to market. Olson also advocated for legislation requiring a fee for industrial users of PFAS chemicals to pay for water treatment.

Shimkus suggested that if lawmakers "by legislative fiat" ban 4,000 to 5,000 chemicals without the due diligence of scientific analysis, Congress risks "litigation ad infinitum and no action on this."

"Yes, I think there would be litigation. There's no question," said attorney Jane Luxton, co-chair of the Environmental and Administrative Law Practice at the firm Lewis Brisbois.

"To just sort of impose blanket bans is highly risky. It risks over-correcting, if you want to put it that way, and changing or diluting the priorities that need to be focused on — the highest risks."

Luxton noted the EPA has initiated the regulatory process to designate PFOA and PFOS as hazardous substances, and such a formal listing would give the agency additional power to require responsible parties to undertake or pay for cleanup.

"But expanding this approach to all PFAS compounds, as HR 535, the PFAS Action Act of 2019, seeks to do, could lead to wholesale reopening of remediated sites, potentially overwhelming the program and undermining progress on the highest-risk targets," Luxton said.

Other legislation would require EPA to set a "maximum contaminant level" for PFAS compounds to ensure a single national standard to protect the safety of drinking water in all communities under the Safe Drinking Water Act.

EPA anticipates releasing a proposed standard for PFOA and PFOS this year.

"It makes sense to see EPA’s recommendation and decide at that point if further legislation is needed," Luxton said.

Upton asked Luxton about a measure that would give the EPA a year to decide whether to list "well-characterized" PFAS compounds as hazardous substances under the Superfund statute — allowing the agency to prioritize which contaminants should be reviewed for their potential to present a danger.

"That I think is a constructive suggestion," said Luxton while suggesting he provide a definition in the legislation for "well-characterized," which is a new term.

Luxton also endorsed a bill by Upton, Dingell and Rep. Tim Walberg, R-Tipton, aimed at encouraging cooperative agreements between federal agencies and states on cleanup plans that meet the requirements of both state and federal entities.

Upton said he envisions some of the PFAS bills on Wednesday's agenda will become part of an infrastructure package that will move out of the committee in the coming months.

Pallone asked a representative of the American Water Works Association if utilities across the country can afford to pay for PFAS treatment costs without additional aid.

"Right now, they will do what they have to do if there is public demand and political leadership demanding that it be treated," said Tracy Mehan, the association's executive director of government affairs.

"But again, there's no question that if you do 5,000 chemicals under a new (maximum contaminant level) or treatment standard, that's going to have unforeseen costs that are going to affect other investments."