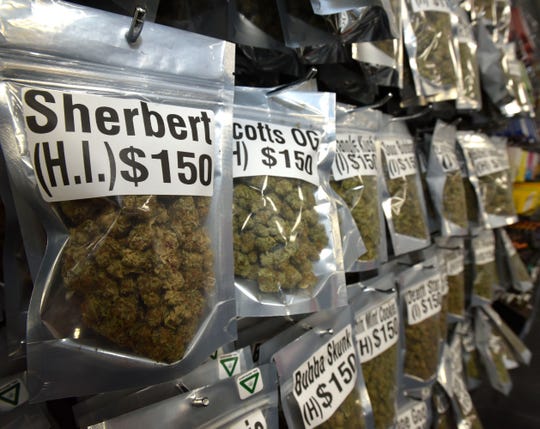 The resolution adopted by legislators Wednesday asked Congress to pass the Secure and Fair Enforcement Bank Act so that banks working with legitimate marijuana businesses are not subject to federal sanctions. The House resolution introduced by Rep. Yousef Rabhi, D-Ann Arbor, was adopted hours after it was approved by the House Financial Services Committee.

“Because of the federal prohibition, there is an extreme risk to provide financial services to marijuana-related businesses and service providers, resulting in a cash-intensive industry,” the resolution said, noting the use of cash can lead to public safety risks.

The federal protections become increasingly important as Michigan’s cannabis industry expands; currently, the state is second to California in regards to the size of its marijuana market, the Michigan Cannabis Industry Association said in a statement.

“It’s about treating these highly regulated and legal businesses fairly as well as protecting the non-marijuana small businesses that do business with them," said Robin Schneider, the association’s executive director.

A similar Senate resolution was introduced May 15 and referred to the Senate committee on Insurance and Banking.

In early May, Nessel joined 38 other state attorneys general who have voiced support for the Secure and Fair Enforcement Bank Act, which would allow marijuana businesses to use the federal banking system in states where the industry is regulated.

She said the measure would create a “safe harbor” that would help to “protect Michigan businesses from becoming unnecessary targets of bad actors, keeping everyone safe in the process.

The Legislature approved a law last fall that would allow the state to share with banks real-time financial data about licensed marijuana companies in the hopes the information would help banks to comply with current federal law.

The state Treasury Department in February said it would look to add secure tax collection locations for marijuana businesses and work with Michigan-chartered banks to develop more secure processes.