Pete Buttigieg said the way credit scoring is done in the U.S. is fraught with inequality and he’s worried the process may get worse 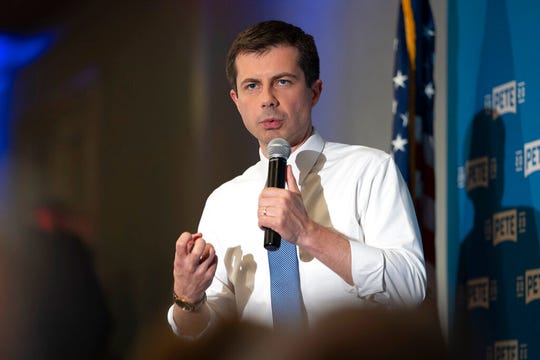 Pete Buttigieg said the way credit scoring is done in the U.S. is fraught with inequality and he’s worried the process may get worse with systems based on artificial intelligence.

Buttigieg, a Democratic presidential candidate, was responding to a black business owner who asked about the denial of capital to African Americans during the Black Economic Alliance Forum held jointly with Black Entertainment Television in Charleston, South Carolina. The event, held Saturday, will be broadcast Sunday on BET.

“I’m very worried, living in an era where more and more of this is going to be done by algorithms and by big data, that we’re going to automate inequality by failing to be intentional about how some of these algorithms pick up structures and systems and attitudes and assumptions that were already racist in nature,” said Buttigieg, the mayor of South Bend, Indiana.

The good news, Buttigieg said, is that just as AI can perpetuate bias, it can also be used to highlight bias. Buttigieg was a consultant at McKinsey & Co. prior to entering public service.

“We need to look wholesale at how things like access to credit and scoring of credit work to break down racial bias in them,” he said. “The same tools that can perpetuate bias can also help us find it. They can help us analyze where these credit tools got it wrong.”

The candidate said credit tools should not “mistakenly and unfairly” classify a black businessman or entrepreneur with a black customer base as a higher credit risk.

South Carolina is the first primary state on the 2020 Democratic calendar with a majority-black Democratic electorate, and it’s seen as the first real test of how the many candidates will fare with minority voters. Buttigieg, 37, has had trouble so far garnering support from black voters. He had only 1% of support among that demographic in the latest Economist/YouGov poll of Democrats released Wednesday, far short of his 8% support.