These are some of the varieties of marijuana sold at Utopia Gardens in Detroit. They don't currently have any warning labels for pregnant women. (Photo: Clarence Tabb Jr., The Detroit News)

Lansing — As Michigan prepares for legal recreational marijuana sales, state lawmakers are pushing a plan to require labels on retail products that would caution women against using the drug while pregnant or breastfeeding a child.

Doing so “may result in fetal injury, preterm birth, low birth weight or developmental problems for the child,” according to the proposed warning label debated Tuesday in the state House Judiciary Committee.

“There are so many things that we do not yet know about the long-term effect of marijuana for a woman who is pregnant or nursing, and I suggest we take extreme caution” when selling the products, said Rep. Daire Rendon, R-Lake City.

The legislation comes as government research has found that marijuana use in pregnancy has doubled among U.S. women and is most common during the first trimester.

The legislation would require the Michigan Department of Licensing and Regulatory Affairs to include the pregnancy warning on both medical and recreational marijuana products as it develops rules that will guide adult-use sales. 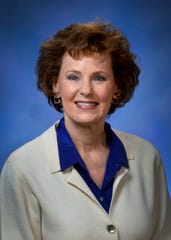 “We intend to be ready before that,” Marijuana Regulatory Agency Executive Director Andrew Brisbo told lawmakers in separate testimony.

Brisbo said the agency is likely to issue its first set of licensing rules by the end of June in order to provide local municipalities with advance information about how the program will work. The state expects to begin processing applications in another three or four months, Brisbo said, which could mean legal sales by the end of the year.

Michigan already requires extensive warning labels on medical marijuana products, which must also include a universal symbol marking the item as a form of pot.

Existing medical labels caution that it is illegal to drive under the influence, warn buyers to keep the products out of the hands of children and include the phone number for the National Poison Control Center in case of accidental ingestion.

The legislative proposal would require the state to include the pregnancy warning on both recreational and medical marijuana products. The two-bill package would also require retailers to provide brochures that include safety information about use by minors and the poison control hotline number.

“The perception of harm of marijuana to infants seems shockingly low, and I would contend this is a significant health care concern to the public,” said sponsoring Rep. Thomas Albert, R-Lowell.

Medical experts testified in support of the legislation, echoing groups like the American College of Obstetricians and Gynecologists who say pregnant women should be discouraged from using the drug because of concerns with impaired brain development.

The U.S. Centers for Disease Control also discourages marijuana use by pregnant women, warning that the chemicals in the drug are passed through to the fetus and can hurt development. While data on breastfeeding is “limited and conflicting,” the federal agency also recommends nursing mothers reduce or avoid pot use.

While retailers generally support the idea of warnings, medical marijuana labels are already getting complicated, said Robin Schneider of the Michigan Cannabis Industry Association, who recommended the pregnancy language be combined with existing package warnings.

The House Judiciary Committee did not vote on the warning label legislation. The panel also took testimony on a separate bill that would allow state parks and recreation officers to make marijuana arrests and enforce the law, which does not allow for smoking on public property.

A proposed House resolution would also urge Congress to clarify its position on the legality of marijuana, which remains an illegal Schedule 1 narcotic under federal law despite legalization by many states.