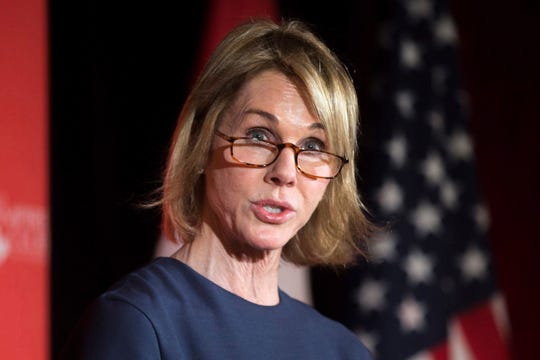 Washington — President Donald Trump’s nominee to be the next U.S. envoy to the United Nations on Wednesday defended her record on climate change, saying it is a “real risk to our planet” that must be addressed.

Kelly Knight Craft told the Senate Foreign Relations Committee that she believes human behavior has contributed to climate change and she’ll push countries to deal with it. However, she also said the United States should not have to bear an “outsized burden” in mitigating its effects.

Her comments came in response to questions from Democrats on the panel prompted by previous remarks she made doubting the causes and severity of climate change and suggesting that climate change skeptics have valid arguments. Democrats were also concerned about possible conflicts of interest as she holds extensive investments in fossil fuels.

The Trump administration has been criticized by environmentalists and scientists for rolling back regulations on greenhouse gas emissions and announcing its withdrawal, effective next year, from the Paris Climate Accord that aimed to limit climate change.