Democratic presidential hopeful Pete Buttigieg will participate in an NAACP candidate forum next week in Detroit, his campaign confirmed Wednesday, adding to the South Bend Mayor’s upcoming itinerary in Michigan.

The Indiana Democrat is one of at least 10 presidential candidates expected at the Cobo Center forum, which comes amid an escalating inner party debate over civil rights and anger over Republican President Donald Trump’s recent tweets. 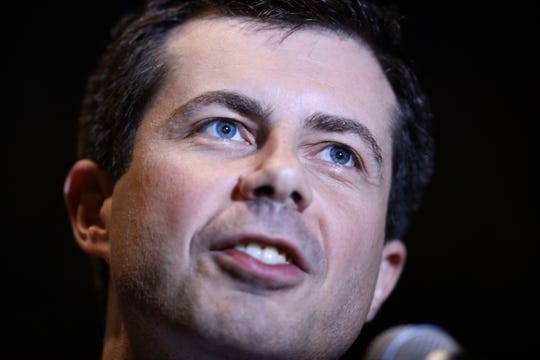 Buttigieg, who was already scheduled to attend the national NAACP conference on Sunday, has struggled to attract black voters and faced scrutiny over a recent police shooting in South Bend, where a white officer with his body camera turned off fatally shot a black man.

In the first presidential debate in Miami, Buttigieg took responsibility for failing to boost diversity on the local police force.

“I couldn’t get it done,” he said, calling the shooting “a mess” that left the city “hurting.”

"If you're a white candidate, it is twice as important for you to be talking about racial inequity and not just describing the problem — which is fashionable in politics — but actually talking about what we're going to do about it and describing the outcomes we're trying to solve for," Buttigieg said on NPR.

Buttigieg has not yet campaigned in Michigan but raised more money than other Democratic candidates here last quarter, according to a review by The Detroit News.

He’s also expected at a July 21 fundraiser in Saugatuck and will be back in Detroit for the second Democratic debates, set for July 30 and 31 at the Fox Theatre.

The NAACP expects roughly 10,000 activists, organizers and leaders will attend its national forum in Detroit, which begins Saturday.