A Michigan woman on Tuesday will become the first transgender person to have a civil rights complaint heard by the U.S. Supreme Court

Washington — A Michigan woman this week will become the first transgender person to have a civil rights complaint heard by the U.S. Supreme Court.

The justices are set to hear oral arguments Tuesday morning in the case of Aimee Stephens, 58, of Metro Detroit, who was fired from her job at a Garden City funeral home in 2013 after informing her boss she was transitioning from male to female.

Aimee Stephens, 58, a former funeral home director, was fired from her job in 2013 after telling her boss that she was transitioning from male to female and would begin following the funeral home’s dress code for women. Her lawsuit alleging workplace discrimination will be heard by the U.S. Supreme Court in early October. (Photo: Robin Buckson, The Detroit News)

At issue is whether Title 7 of federal civil rights law, which prohibits workplace discrimination based on sex, applies to discrimination against transgender people.

Arguments in another pair of cases Tuesday center on whether the same provision covers discrimination based on sexual orientation.

Transgender individuals have asked the High Court to hear civil rights appeals before, but the justices remanded those cases or denied them a hearing, experts say.

"This will be the very first time the Supreme Court has taken up the direct issue of transgender civil rights," said Chase Strangio, deputy director for transgender justice with the American Civil Liberties Union, which is representing Stephens.

Transgender activists say at stake is their right to work, earn a living and support their families.

"The right to equal employment is a crucial pillar to a stable life," said Gillian Branstetter of the National Center for Transgender Equality, whose surveys have found higher rates of unemployment, poverty and homelessness among transgender people compared with the general population.

"One in six trans people have had Aimee’s experience when they came out or revealed they were trans and were promptly fired," Branstetter said.

"This employer fired Aimee Stephens explicitly because she’s transgender. They said her very presence would disturb grieving families. It’s discriminatory on its face, as well as gravely demeaning and insulting."

The funeral home and its supporters say a ruling for Stephens could bar sex-specific policies altogether, forcing employers and organizations to open facilities such as showers, restrooms, locker rooms and shelters to "men who believe themselves to be women."

They say it could also mean a man could not be denied jobs typically restricted to women, such as counseling female sexual-abuse victims or supervising showers or strip searches at a women's prison.

"Not everyone would agree with that," said attorney John Bursch, a former Michigan solicitor general who will argue before the justices on behalf of the funeral home.

"That's why it should be left to Congress to decide if we make an exception for those kind of situations, or we allow transgender employees to have their gender preferences prevail over the employer's preferences. It's something courts are not equipped to do."

Stephens worked at R.G. & G.R. Harris Funeral Homes for six years as a funeral director and embalmer while presenting as a man.

In 2013, she gave her boss, Thomas Rost, a letter explaining she was transgender and would begin following the home's dress code for women. Rost fired her two weeks later, offering a severance.

Rost later said in a deposition he had fired Stephens because she was "no longer going to represent himself as a man" and "wanted to dress as a woman." Violating the dress code is a fireable offense, his attorneys say.

Stephens filed a what is known as a "charge" with the Equal Employment Opportunity Commission, which in 2014 filed a complaint against Harris Homes in federal court, alleging that Stephens' firing violated Title 7.

A district court agreed with the funeral home that Title 7's protections didn't apply to transgender employees. The U.S. Circuit Court of Appeals for the 6th Circuit last year reversed.

"It is analytically impossible to fire an employee based on that employee's status as a transgender person without being motivated, at least in part, by the employee's sex," the panel wrote.

The appeals court also cited the Supreme Court's 1989 ruling in a case called Price  Waterhouse v. Hopkins, which said punishing employees for not adhering to gender stereotypes is a form of sex discrimination under Title 7.

"An employer cannot discriminate on the basis of transgender status without imposing its stereotypical notions of how sexual organs and gender identity ought to align," the judges said.

Harris Homes asked the Supreme Court to hear its case, and last spring it agreed.

Attorneys for the funeral home and Rost — represented by the conservative Christian nonprofit Alliance Defending Freedom — argue what matters is the public meaning of sex discrimination when Congress adopted Title 7 in 1964, which they say was understood to be "biological" sex.

"Federal courts are not the branch of government that should be rewriting the law. In this case, Congress has already considered on 12 different occasions proposals to add transgender status to Title 7, and they’ve declined to do that every time," Bursch said.

"It’s not fair to punish a small business that acted in compliance with the law by rewriting the law and then punishing them for that. That doesn’t make any sense."

Bursch cautions that a ruling for Stephens would have broad implications for girls competing in sports or for scholarships against transgender women, or shelters being forced toallow "biological" males to sleep in the same room as female victims of violence. 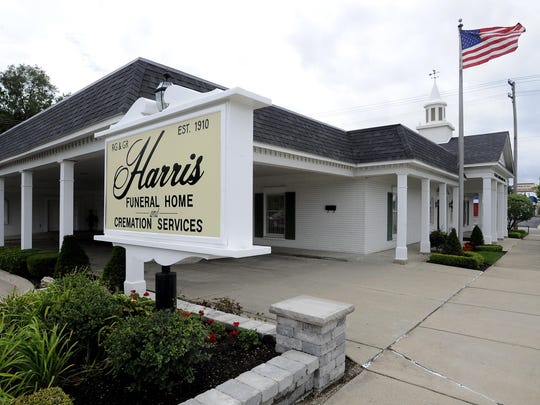 Bursch cited other examples, including physicians having to provide transition services or sex-change surgery in violation of their religious beliefs, or universities forcing professors to use particular pronouns that students may choose.

"When you redefine 'sex,' that has all sorts of ramifications for others, and not just in the employment context," he said.

Stephens' legal team counters that, even if Title 7 only applies to the sex someone is assigned at birth, discrimination based on transgender status is still a decision made "because of sex."

"You cannot in fact conceptualize what it means to be transgender without taking into account and acting on the basis of somebody's sex," Strangio said.

"Also, under Price Waterhouse, it is plainly because of (prohibited) sex stereotypes per se to fire someone because they do not meet the expectation that a person assigned a specific sex at birth should live in accordance with that sex for their entire life."

Stephens legal team's argument adopts the more conservative "textualist" reading of the statute, and the funeral home is the party actively seeking to expand the meaning of Title 7, Strangio said.

"Congress wrote a broad statute in 1964 that has been applied broadly because that is how it how it is written," he said. "Adding the word 'biological' sex and saying that sex has a restrictive meaning does not have its origins in the statute itself."

Stephens said she expects to be in court in Washington for Tuesday's arguments, despite regular dialysis treatments and respiratory problems.

She had difficulty finding work after losing her job at Harris Homes, ultimately landing a position as an autopsy technician at the Detroit Medical Center's Sinai-Grace Hospital, where she worked until her kidneys failed in late 2014.

Stephens says her greatest interest is in righting a "wrong" and coming to a final resolution.

The reception she has received as a result of her case has been "pretty positive," she said, with people expressing support and sending well wishes.

Hundreds of transgender activists are expected to rally outside the high court Tuesday.

"I never realized that I would be in this position. I thought it would have been settled in the lower courts and not had to worry about it," Stephens said.

"I said in the beginning that I was in this for the long haul, and now that we're here, I'm still in it. If I had to do it again, I would."