Detroit — U.S. Rep. Rashida Tlaib on Sunday endorsed Bernie Sanders for the Democratic presidential nomination, joining two other members of the progressive group known as the "squad" in backing the Vermont senator. 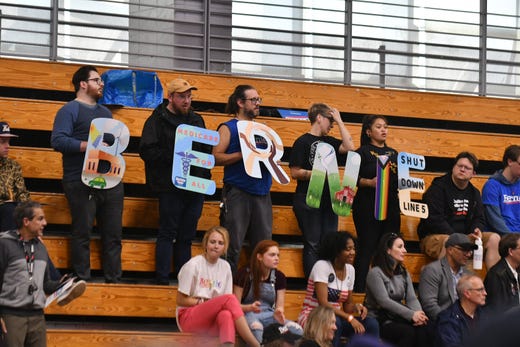 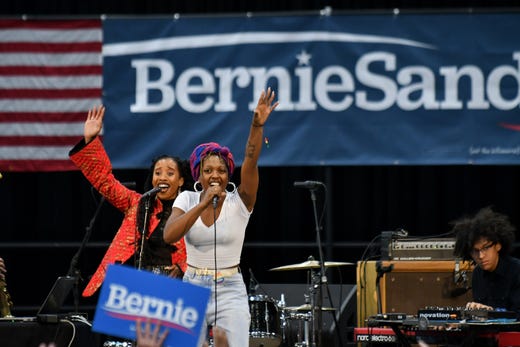 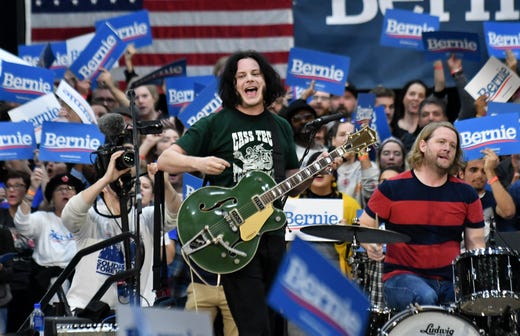 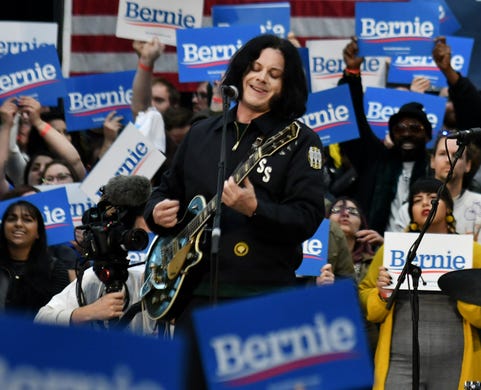 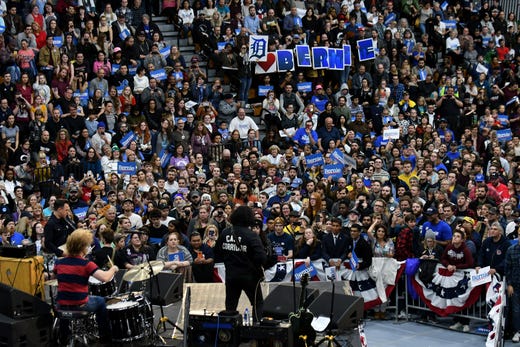 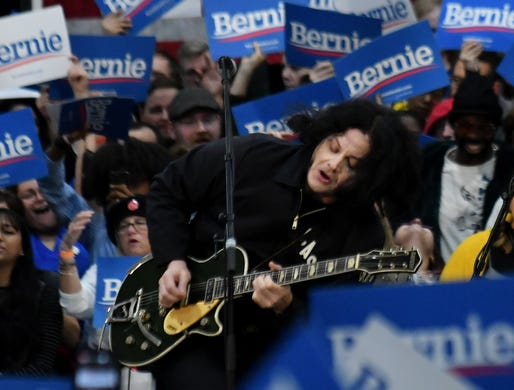 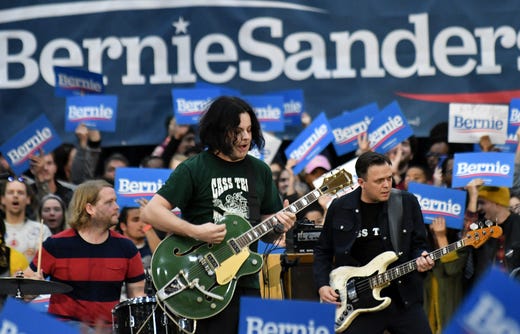 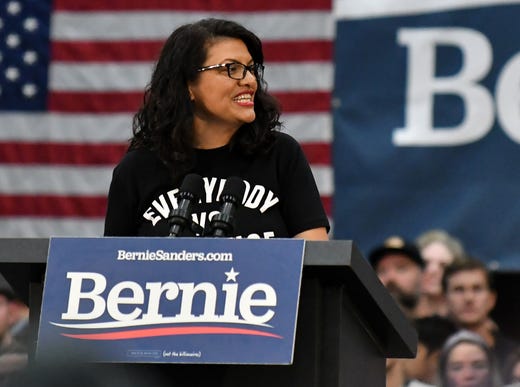 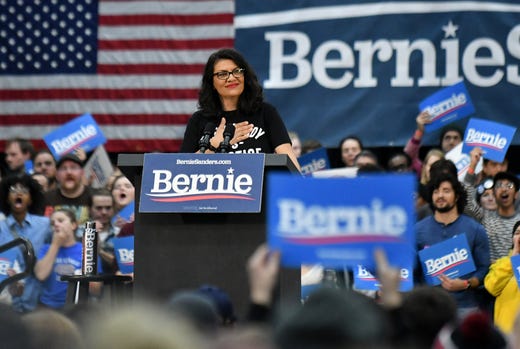 U.S. Rep. Rashida Tlaib speaks to a crowd of 4,700 at the rally. Robin Buckson, The Detroit News
Fullscreen 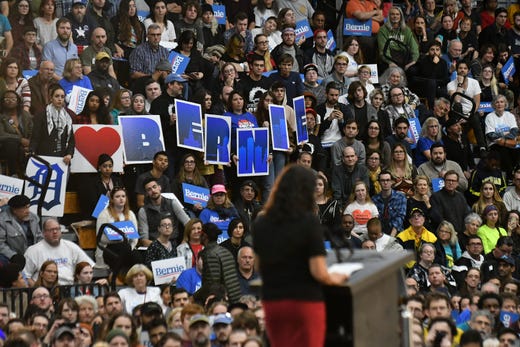 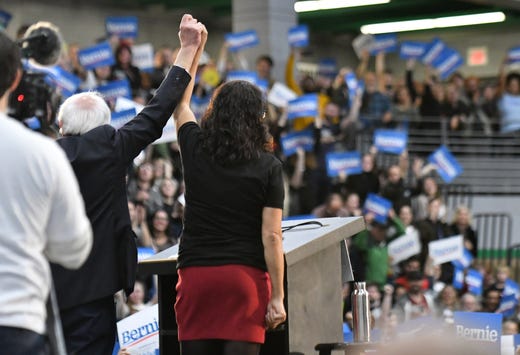 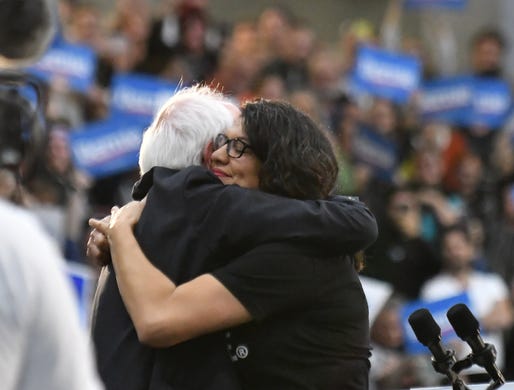 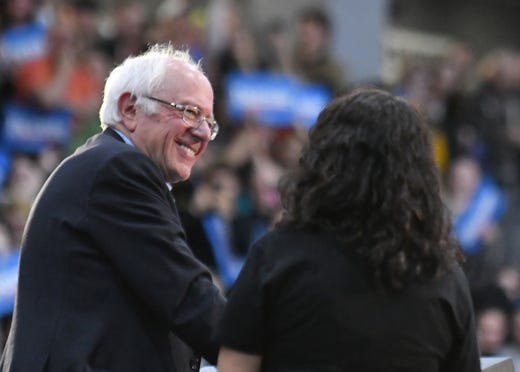 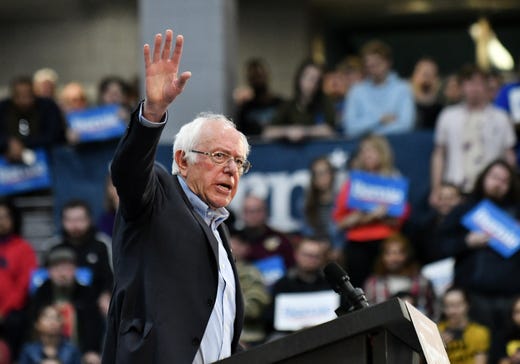 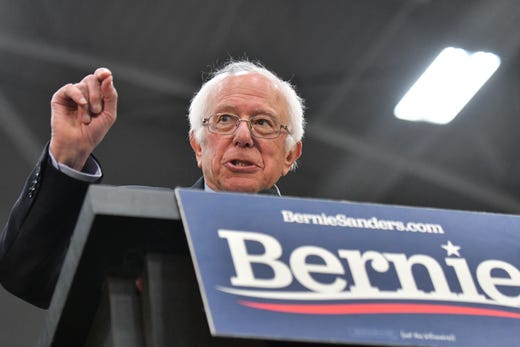 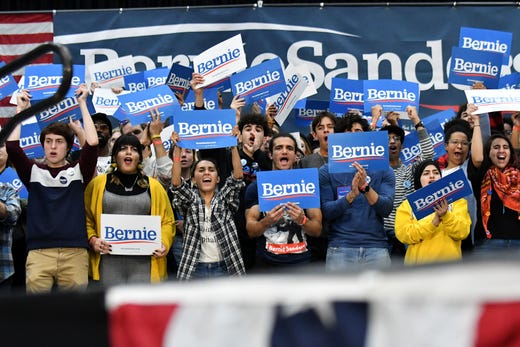 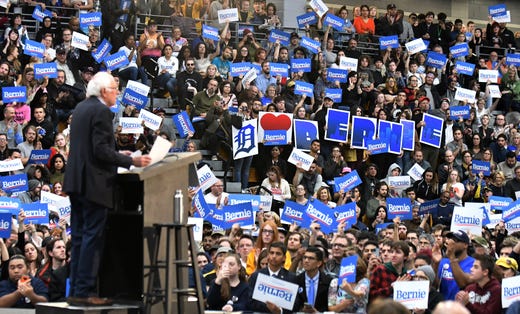 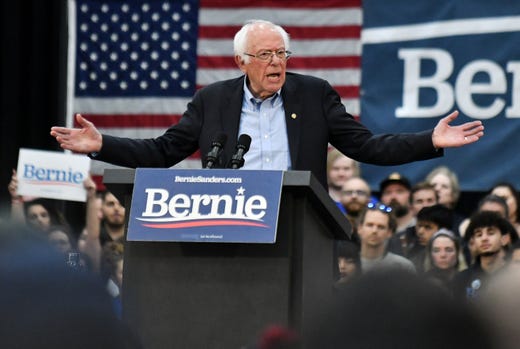 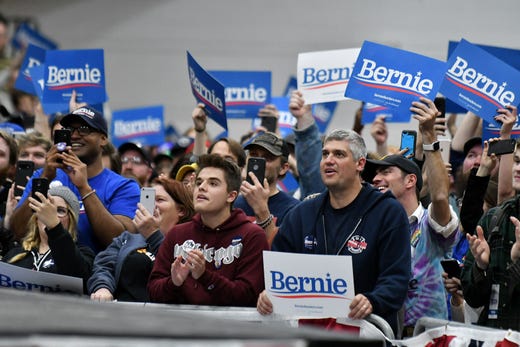 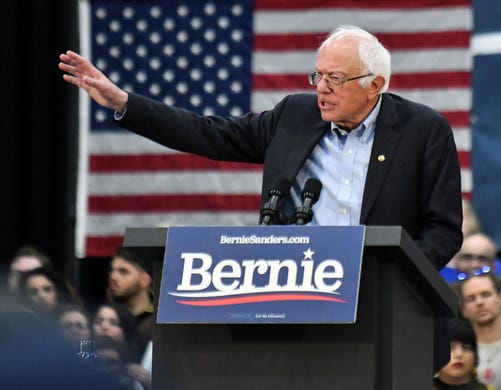 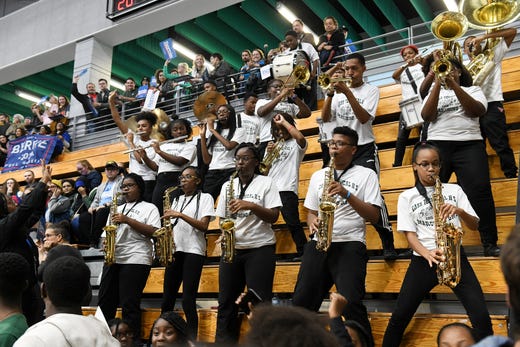 Cass Tech High School marching band members play. Tlaib announced that she and Sanders are announcing that they are donating $10,000 to the band so that they can travel to Washington D.C. to play in a parade. Robin Buckson, The Detroit News
Fullscreen 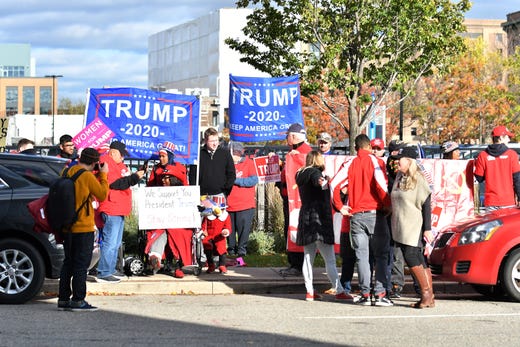 “We deserve someone who writes the damn bill,” Tlaib said during a Sunday rally with Sanders at Cass Technical High School, echoing a Sanders' catchphrase about his Medicare for All legislation. “We deserve Bernie Sanders.” 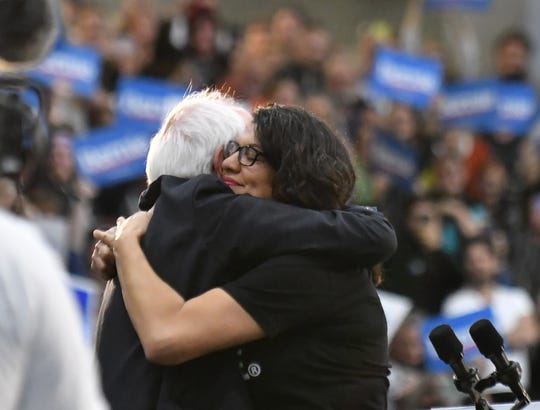 The Sanders campaign released a video Sunday in which Tlaib explained her endorsement of Sanders for president. It came after Sanders toured Tlaib's district and saw where the congresswoman grew up.

“He’s not going to sell us out,” the Democrat from Detroit said in the video. "He understands that it's just not about policies and about words, but it's going to be also about completely transforming the structures in place that are hurting American people."

Two other members of the progressive "squad," U.S. Rep. Ilhan Omar of Minnesota and U.S. Rep. Alexandria Ocasio-Cortez of New York, had previously endorsed Sanders, a self-defined "democratic socialist" whose influence has pushed the Democratic Party further to the left.

Laura Cox, chairwoman of the Michigan Republican Party, posted on social media in reaction to Tlaib's endorsement, "Birds of socialist feathers flock together."

“President Trump has made it clear: America will never be a socialist country," added Ellie Hockenbuy Republican National Committee spokeswoman. "Bernie Sanders’s endorsement from squad member Rashida Tlaib today does nothing but further convey just how out of touch his presidential bid is with hardworking Americans."

The 78-year-old Vermont senator has been looking to recapture momentum in the Democratic primary race after suffering a heart attack nearly four weeks ago that sidelined him from the campaign trail.

More than 4,700 people attended Sunday's rally in Detroit, according to a count provided by the Sanders campaign. The event featured musician and Detroit native Jack White of The White Stripes performing a set of songs before Tlaib and Sanders spoke.

"Bernie Sanders is telling the truth," White told the crowd between songs.

Tlaib spoke after the performance, leading the rally in a moment of silence for former U.S. Rep. John Conyers, D-Detroit, as news broke Sunday he died. Tlaib also announced that she and Sanders had pledged $10,000 to the Cass Tech marching band.

In an interview Sunday evening, Tlaib said she has always felt she was an extension of Sanders's movement. She said Sanders had asked for her endorsement and she told him to visit her 13th Congressional District first.

Their stops included a food pantry in the Brightmoor neighborhood, Tlaib said. They heard of mothers losing their children because they couldn't afford their water bills, she said.

"I hope this fuels you," Tlaib said she told Sanders.

Tlaib had a similar visit with U.S. Sen. Elizabeth Warren, D-Massachusetts, earlier this year in Detroit's 48217 zip code, where the Marathon oil refinery is located. In early October, Warren tweeted out a video of her visit — titled "The Impact of Environmental Racism" — without indicating when it took place.

Warren has been competing with Sanders for progressive Democratic voters that the Vermont senator had to himself during the 2016 primary campaign.

Terry Thomas of Ecorse was one of those in the crowd for Sunday's rally. After the event, Thomas said he was still deciding whether he would back Sanders, Warren or another candidate.

"I just really wanted to come out and see in person and hear exactly what he had to say," Thomas said. "I liked it."

David Dudenhoefer, a Republican from Detroit, is planning to challenge Tlaib for her U.S. House seat. He participated in a protest outside the rally.

Dudenhoefer downplayed the importance of Tlaib's endorsement, predicting one of the Democrats' more moderate candidates would ultimately win the nomination.

"The mainstream Democratic voter is still not quite ready for socialism," Dudenhoefer said.