Michigan regulators have banned use of vitamin E acetate, an additive that's been linked to an outbreak of lung injuries, in marijuana vaping products

Lansing — Michigan regulators have temporarily paused the sale of marijuana vaping products as they implement new safety standards spurred by an outbreak of lung injuries.

Also, regulators banned on Friday the use of vitamin E acetate, an additive that's been linked to the injuries, in the vaping products.

The changes were part of emergency rules announced by the state's Marijuana Regulatory Agency. The new rules require licensed laboratories to test for vitamin E acetate and specify inactive ingredients in marijuana products intended for inhalation must be approved by the U.S. Food and Drug Administration for inhalation. 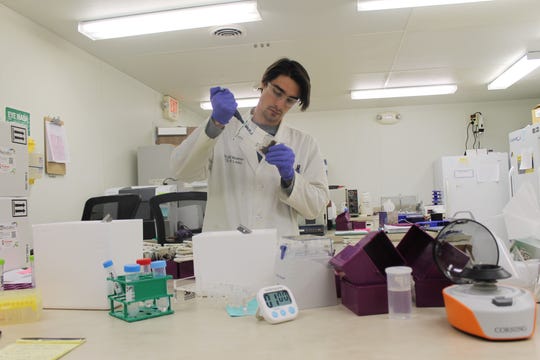 "It is absolutely vital that patients and consumers know, with certainty, the ingredients in the products that they are using," Lt. Gov. Garlin Gilchrist said in a statement. "These rules require stringent testing and will continue to prioritize the health and safety of Michiganders."

John Foss, manager of The Reef, a medical marijuana dispensary in Detroit, estimated it would take about six weeks for vaping products to go through the new testing requirements and be up for sale again.

Under the state's new rules, Michigan is requiring that all inactive ingredients added to marijuana products be clearly listed on the product label.

The Detroit News reported on Nov. 11 that despite the findings, vitamin E acetate was still an allowed additive under Michigan's medical marijuana program.

"That should have been done within the first week of them identifying vitamin E acetate as a likely cause," said Don Bailey, a former member of the Michigan Medical Marijuana Licensing Board and a critic of the Whitmer administration's handling of marijuana issues.

In an interview last week, Dr. Joneigh Khaldun, chief medical executive and chief deputy for health for the Michigan Department of Health and Human Services, said state officials have been working with their federal partners to look into vitamin E acetate.

Khaldun said in a statement, the emergency rules were a "step forward in efforts to protect the public during this outbreak of lung injury cases."

Vitamin E acetate is often used in skin ointments. When it's applied to the skin, it doesn't cause harm. But when it's inhaled, it "may interfere with normal lung functioning," according to the CDC. 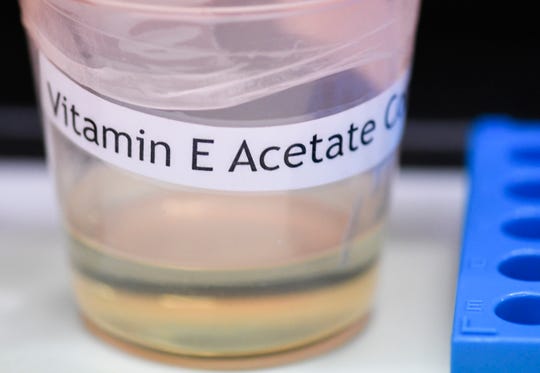 Because of its thickness, vitamin E acetate has been used as a cutting agent in marijuana vaping products.

PSI Labs, a licensed safety compliance facility in Ann Arbor, has not found evidence of vitamin E acetate being used in legal marijuana products in Michigan, said Lev Spivak-Birndorf, who co-founded the lab. But the lab has found the additive in products sold outside state regulations, he said.

Foss, who manages the dispensary in Detroit, noted the new regulations will impact licensed products while products in the illicit market, which have been linked to some of the injuries, would continue to go untested.

"I don’t know why the licensed people are getting punished," Foss said.

But the Michigan Cannabis Industry Association, which represents businesses in the industry, issued a statement in support of the administration's decision to ban vitamin E acetate.

Robin Schneider, the association's executive director, said its members' "No. 1 priority is providing safe, tested medicine to medical marijuana patients across the state. We think this will contribute significantly towards that goal."