The House Judiciary Committee is likely to vote on two articles of impeachment against President Donald Trump as early as Thursday. The impeachment resolution is H.Res. 755. 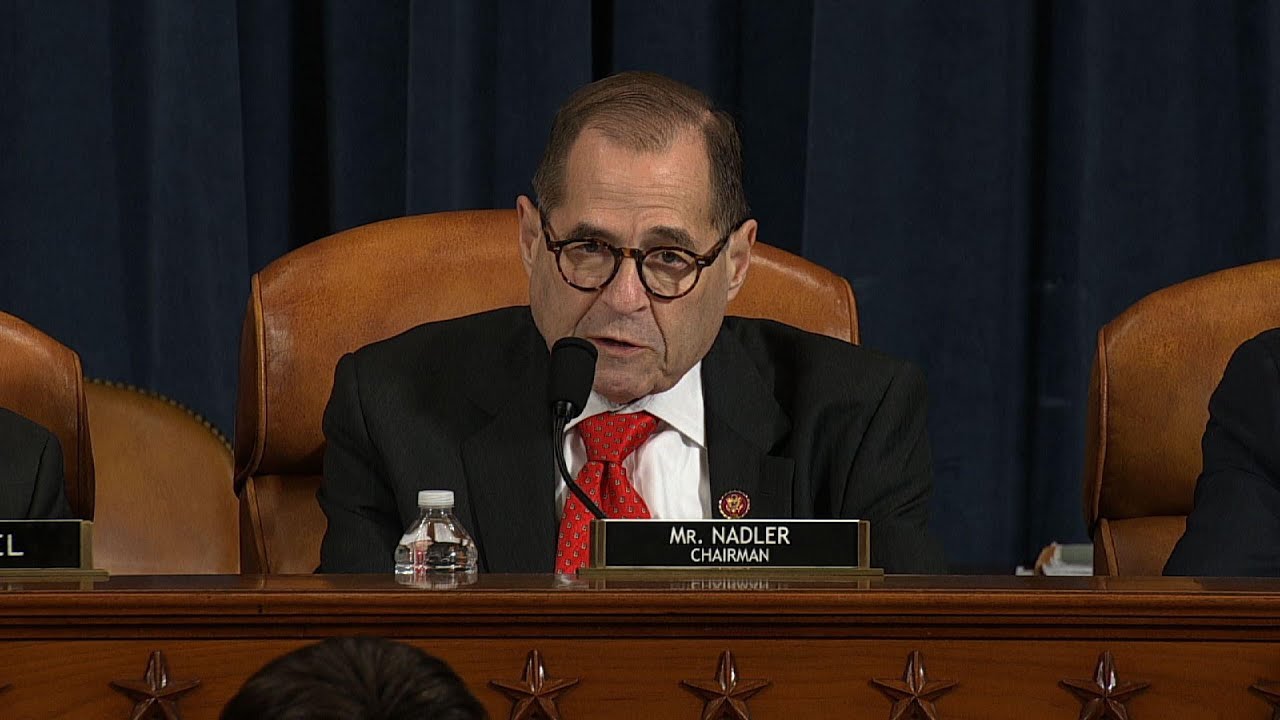 Here are the latest developments:

Republican Matt Gaetz of Florida proposed amending the abuse of power article to revise the description of Trump’s request for investigations by Ukraine.

Instead of saying the president asked Ukraine to investigate Joe Biden, “a political opponent,” and a “discredited theory” that Ukraine meddled in the 2016 U.S. election, Gaetz’s amendment would state that Trump sought investigations of Hunter Biden and Burisma Holdings, a Ukraine energy company on whose board Hunter Biden served.

Republicans contend Hunter Biden was overpaid and unqualified to serve on the board of Burisma, a company that had been widely known to be corrupt.

The Judiciary Committee rejected Republican Jim Jordan’s amendment that would have eliminated the first article, which accuses Trump of abusing his power.

It was the first vote on an amendment after about three hours of debate.

House Speaker Nancy Pelosi said she’s not pushing moderate Democrats to support impeachment of the president but is allowing them to vote their consciences.

She said she has “no message to them” and told reporters “we’re not whipping this legislation.”

“People have to come to their own decisions,” Pelosi said. “I don’t say anything to them.”

Trump appears to be keeping track of the Judiciary Committee debate, as he made clear in a Twitter posting Thursday morning.

“Dems Veronica Escobar and Jackson Lee purposely misquoted my call” with Ukraines president, Trump wrote on Twitter minutes after Escobar and Sheila Jackson Lee, both of Texas, spoke during the committee debate.

“I said I want you to do us (our Country!) a favor, not me a favor. They know that but decided to LIE in order to make a fraudulent point! Very sad,” the president wrote.

A rough transcript of the call released by the White House showed that Trump asked the Ukrainian president for a favor and mentioned investigations that weren’t part of official U.S. foreign policy.

Republican Jim Jordan proposed an amendment that would eliminate the first article, which accuses Trump of abusing his power.

“The call transcript shows no quid pro quo” between Trump and Ukraine President Volodymyr Zelenskiy during their July 25 call, said Jordan of Ohio. He said there was “no pressure, no pushing, no linkage whatsoever between assistance money and any kind of investigation.”

The proposed amendment set off a debate over the allegations against Trump and whether they’re serious enough to warrant impeachment.

“This president isn’t even accused of a crime,” said Steve Chabot, an Ohio Republican, unlike former President Bill Clinton, who was accused of perjury for lying to a grand jury about his affair with a White House intern.

The Judiciary Committee opened its meeting Thursday to debate and vote on amendments to the two articles of impeachment.

At the end of the day’s hearing, lawmakers will be asked to vote on sending the articles to the House floor for debate and vote next week on whether to impeach the president for only the third time in U.S. history. – Billy House

The Judiciary Committee plans to resume considering the impeachment resolution at 9 a.m. Thursday with members being allowed to offer amendments to the two articles alleging abuse of power and obstruction of Congress by the president.

Most, if not all, of the proposed amendments are likely to come from Republicans, and the vote – probably later in the day – is almost guaranteed to be strictly along party lines.

Each committee member gave an opening statement Wednesday night, most of which echoed the partisan positions that have taken hold since the Ukraine investigation began. At the end of the hearing on Thursday they will be asked to vote separately on each count. House leaders haven’t yet said what day next week the full House will be asked to vote. – Billy House