Lansing — The Michigan Court of Appeals ruled Friday that the language on signed petitions to recall State Rep. Larry Inman should have matched the language approved by state officials and the requirement didn't allow for typos.

The 2-1 order upholds a Michigan Bureau of Elections' decision to scrap petitions signed by nearly 14,000 Grand Traverse County residents who wanted a recall election for Inman, a Republican from Williamsburg. 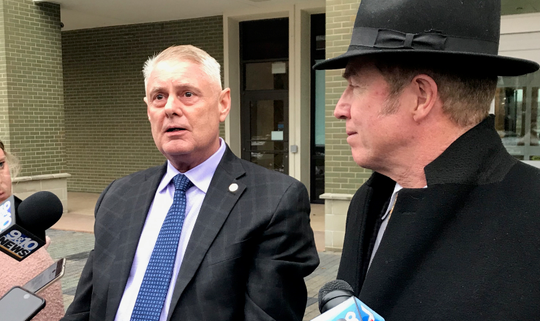 But Michael Naughton, an attorney for the recall campaign, now wants to take the matter to the Michigan Supreme Court.

The recall effort came after authorities charged Inman in May with solicitation of a bribe, attempted extortion and lying to the Federal Bureau of Investigation. On Dec. 10, a jury found Inman not guilty of the lying charge but deadlocked on the other two charges.

The signed petitions circulated among voters mistakenly omitted a word from the language that was approved by the Michigan Board of State Canvassers, so the bureau rejected the petitions.

Organizers of the Inman Recall campaign challenged the bureau's decision, and the recall campaign's attorney said he plans to challenge the state Court of Appeals order as well.

"I think this is something that was heading upstairs regardless," Naughton said in a phone interview.

The majority of a three-judge Court of Appeals panel said state law requires the reasons for a person's recall on a petition to match the language approved by the Board of State Canvassers. The language on the petitions "must strictly comply with" and "not differ from" the approved language, according to the majority ruling.

Judge Douglas Shapiro dissented, arguing there were only "two typographical mistakes" and the Legislature didn't require "an exact identity of text" between the approved and circulated petitions.

The case was about whether that right to repeal officeholders in Michigan was real or could be shut down on "technical" grounds, Naughton said.

Naughton described the case as "bigger" than just Inman.

Inman, a third-term lawmaker, has maintained his innocence and continued serving in the Michigan House since the charges against him were revealed in May. Authorities had alleged Inman attempted to sell his vote on whether to repeal the state's prevailing wage law to labor unions that wanted the law to remain in place.

Chris Cooke, Inman's attorney, has said the recall effort should end because it was based on an indictment that was ruled "defective" by the jury's verdict.

"It never should have been circulated in the first place," Cooke said Dec. 10 of the recall petition.