President Trump has made small gains, but he's still behind leading Democratic candidates for president in Michigan, according to a new poll 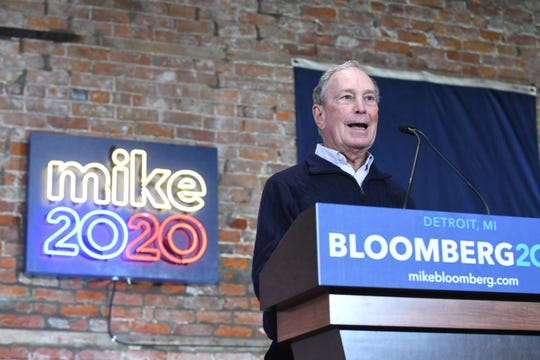 Among the five Democratic candidates near the top of the primary field, Biden has the widest lead against Trump at 7 percentage points, 50% to 43%, according to a Jan. 3-7 survey of 600 likely Michigan voters by the Glengariff Group and provided to The Detroit News.

Bloomberg, a billionaire businessman who entered the race in November, holds a 6 percentage point lead over Trump in Michigan at 47% to 41%. Bloomberg, who reportedly entered the race due to Biden's debate and polling performances, did well in the poll among male and independent voters.

U.S. Sen. Bernie Sanders, a self-declared democratic socialist from Vermont, led Trump 49% to 45% — a 4-point gap that represented a large drop from the 12-point advantage he held in May. He has been endorsed by three of the four members of the progressive Democratic female House members known as the "squad" — including U.S. Rep. Rashida Tlaib, D-Detroit.

Trump faces his best re-election prospects against former South Bend Mayor Pete Buttigieg and U.S. Sen. Elizabeth Warren of Massachusetts, who both had 2-point leads over Trump. They fell within the poll's margin of error of plus-minus 4 percentage points.

But the intensity of Democratic voters who intend to vote remains at a historic high, as do the levels among independent and Republican voters, according to the survey. Since there are more Democrats registered in Michigan than members of other parties, this gives their candidates the advantage with 10 months to go before the election, said Richard Czuba, founder of the Lansing-based Glengariff. 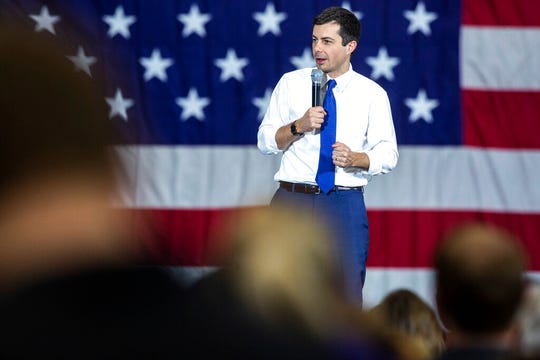 "The more we do polling, the more the numbers look the same to me," Czuba said about Trump's trailing of Democratic candidates.

But he said Trump still has an opening to win Michigan, and his chances could improve depending on the eventual Democratic nominee.

Trump won Michigan by 10,704 votes in 2016 over Democrat Hillary Clinton, the smallest margin of victory among the states. But Democrats swept all statewide posts in the 2018 election.

For Republicans, the "warning sign" is Trump's favorability, which has increased slightly from May, with 40% who have a favorable impression of the president and 51% unfavorable. Seven months ago, 37% of likely voters were favorable toward Trump and 54% unfavorable.

The shifts were within the margin of error.

Trump’s favorable rating among men is higher than it is among women, continuing a trend that began in 2016. Men approve of Trump 55% to 42% while women approve of him 40% to 56%. His approval ratings were higher among out-state men and women. 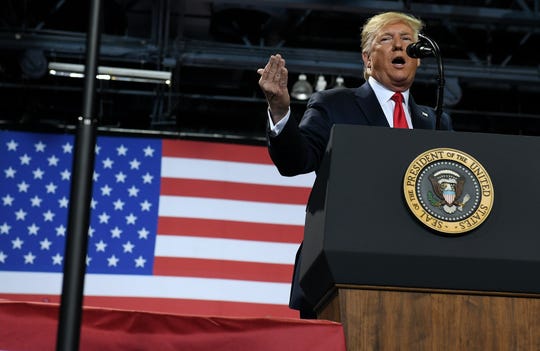 A majority of surveyed Michigan voters said they would choose the Democratic nominee over re-electing Trump, 52% to 36%, according to the poll. The numbers were practically the same in the May survey.

But political analysts have warned the actual nominee matters because voters can focus on their strengths and weaknesses.

The "warning sign" for Democrats could be the new polling results for Warren, who led Trump 46% to 44%, and Sanders, Czuba said. They have competed for progressive voters and favor Medicare for all universal health care plans that their Democratic rivals have attacked. 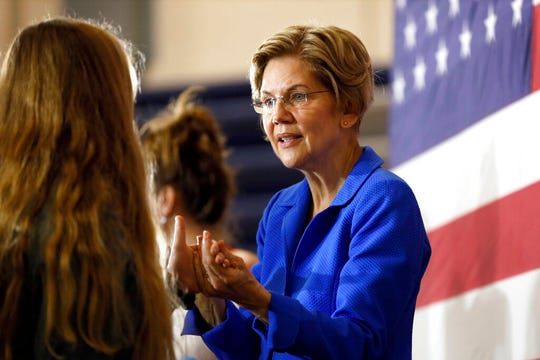 If Warren is the nominee, Michigan will be a toss-up, Czuba said, adding she appears to be "particularly weak" among male voters who are among Trump's biggest supporters.

"She has real problems with the independents who are going to decide the election," he added.

Buttigieg, who edged Trump 45% to 43%, also has weaknesses. The 37-year-old former mayor trails Trump by double digits among Michigan's male voters, according to the survey. He has held fundraising events and attended a debate and an NAACP forum in Michigan, but he has held no campaign rallies.

Buttigieg also had the lowest name recognition at 71% among the five Democratic candidates who were matched against Trump in the poll. Other candidates ranged from Bloomberg at 82% to Biden and Sanders at 98%.

Sanders' advantage over Trump has dropped 8 points since May. But the latest poll found the Vermont senator has the most favorable name identification among the Democratic voters in Michigan by a narrow margin over Biden.

Biden retains a strong position against Trump, Czuba said, adding the survey results reminded him of Democrat Gretchen Whitmer's lead over Republican Bill Schuette in the 2018 gubernatorial election. She led a slate of female Democratic candidates who swept the top three statewide posts. 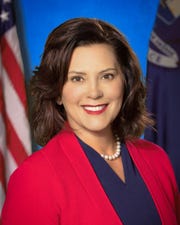 Whitmer ended up defeating Schuette by about 10 percentage points.

While Democratic candidates held leads over Trump among voters who identified themselves as living in urban and suburban areas, Trump held advantages among voters in "small town" and rural areas.

Of the Democratic candidates, Biden had the largest leads among urban and suburban voters and appeared to be best positioned to narrow Trump’s dominance in his rural strongholds, according to the poll. He also has a 22-point lead over Trump among female voters.

Bloomberg, who opened his first Michigan office in December, tended to do better than other Democratic candidates among male voters, Czuba said. Trump led the New York businessman by 7 points compared with 9-point leads the president held over Biden and Sanders.